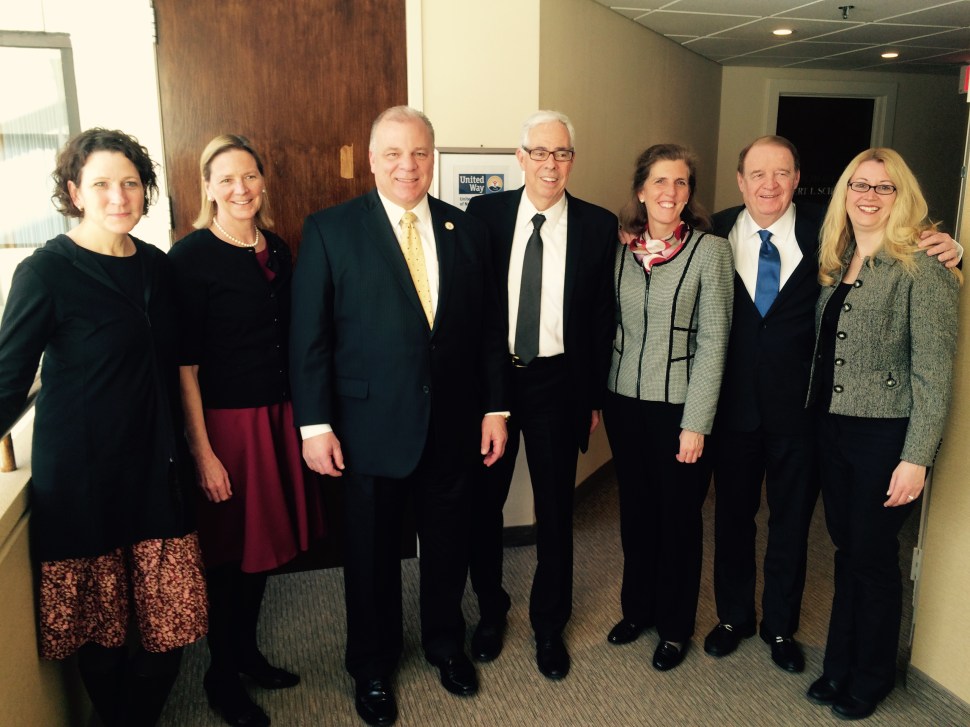 Menendez and Obama and the roots of a terrible political rivalry

Bitter feeling from the beginning rankled the New Jersey camp of Hillary Clinton when it came to Barack Obama.

“The greatest hoax ever perpetrated on the American electorate,” a Democratic source told PolitickerNJ, standing glumly amid 2008 confetti, bemoaning the election of Obama to the presidency as others in his party, with deep emotion, celebrated a moment in American political history.

A prickly contest between Clinton and Obama had spilled into New Jersey with a particular vengeance.

Menendez and Obama and the roots of a terrible political rivalry | New Jersey News, Politics, Opinion, and Analysis

Dansereau sworn in as first woman mayor of Roselle

Christine Dansereau assumed the oath of office in Roselle on Wednesday night, becoming the first female mayor in the Borough’s 132-year history.

A councilwoman for eleven years, Dansereau succeeds former Mayor Jamel C. Holley, who resigned his post on Feb. 23 to represent the 20th District in the Assembly. (Pizarro/PolitickerNJ)

One of New Jersey’s staunchest supporters of Hillary Clinton in her quest for the White House in 2016 is standing behind the former secretary of state as she continues to face scrutiny over her use of a personal email account while in office. (Brush/PolitickerNJ)

The state’s proposed $225 million settlement with Exxon Mobil regarding pollution at several New Jersey sites has created conditions for two of the Garden State’s most vaunted politicos to square off: state Senator Ray Lesniak (D-20) and Governor Chris Christie.

The klieg lights on this political boxing match shine a bit brighter: a sitting Garden State governor versus a gubernatorial hopeful. (Bonamo/PolitickerNJ)

Menendez and Kerry spar over context of war resolution

Against the backdrop of U.S. Sen. Bob Menendez’s (D-N.J.) squiring Israeli PM Benjamin Netanyahu into the U.S. Capitol to slap at President Barack Obama and a subsequent leaking of an alleged corruption indictment against Menendez, New Jersey’s senior senator and Obama’s chief diplomat this morning sparred over the President’s request for a Congressional authorization for use of force.

Appearing in his role as ranking Democrat on the Senate Foreign Relations Committee, Menendez told Secretary of State John Kerry that he wants hard answers on the conditions of an Authorization for use of Military Force to combat the ISIS terrorist group. (Pizarro/PolitickerNJ)

Tesla Motors’ business prospects are beginning to look a little rosier in New Jersey, where the company is currently banned from selling its luxury electric cars directly to residents.

New Jersey residents who covet Tesla Motors’ Model S can look, touch, and even test drive the luxury all-electric sedan. They just can’t ask for the price, learn about financing options, lease, or buy the car.

Instead, potential customers have to work with a sales team in New York or Pennsylvania because a decision issued last April by the state Motor Vehicle Commission effectively banned Tesla from selling cars directly to consumers. (Korosec/Fortune)


Gov. Chris Christie is facing more scrutiny today over allegations that his administration made questionable pension investments with a report by the International Business Times showing how the state violated its own pay-to-play laws when it paid at least $6.5 million in fees to Prudential Financial to manage its pension funds — even after a top fundraiser and donor made contributions to the Republican’s 2009 gubernatorial campaign.

Schepisi expects to make a full recovery from brain aneurysm

Assemblywoman Holly Schepisi (R-39) is resting but confident of a full recovery after receiving a diagnosis over the weekend of a brain aneurysm.

The Bergen assemblywoman posted a note on Facebook earlier today with an update on her condition.

“I want to thank my friends and family for their thoughts, prayers and support over the past five days,” Schepisi wrote. (Pizarro/PolitickerNJ)

Dumped from the LD31 line in Hudson County, Assemblyman Charles Mainor of Jersey City will burnish a county badge in the next iteration of his public career, specifically the badge of a Hudson County undersheriff, a source told PolitickerNJ.

It was state Senator Brian P. Stack (D-33), who punctured the upper Sacco-sphere at Schuetzen Park with his commitment to deliver troops to the neighboring town in time for the May election.

At least one source in the room told PolitickerNJ that it was the most animated Stack has been at a podium in six years. (Pizarro/PolitickerNJ)

Given the debate swirling around the new PARCC assessments — not to mention the muted roar over the testing itself — state Education Commissioner David Hespe should have plenty to say when he goes before the State Senate education committee this morning to answer questions from legislators.

The discussion is sure to get another jolt from the two pending bills that could significantly affect the testing going forward: one to put a moratorium on using the new tests for evaluating students, teachers, and schools and another setting a statewide policy for families who want their kids to sit out the tests. (Mooney/NJSpotlight)

COLLINGSWOOD – A former aide to Gov. Chris Christie says there was no conflict of interest when she discussed the Pinelands natural gas pipeline in emails with her husband, a top executive at a company that wants the project.

(Bloomberg) — New Jersey is confronting escalating bills from $2.8 billion of pension bonds, adding to pressure on Governor Chris Christie as the state struggles to finance its underfunded retirement system. (Preston and Young/Bloomberg) 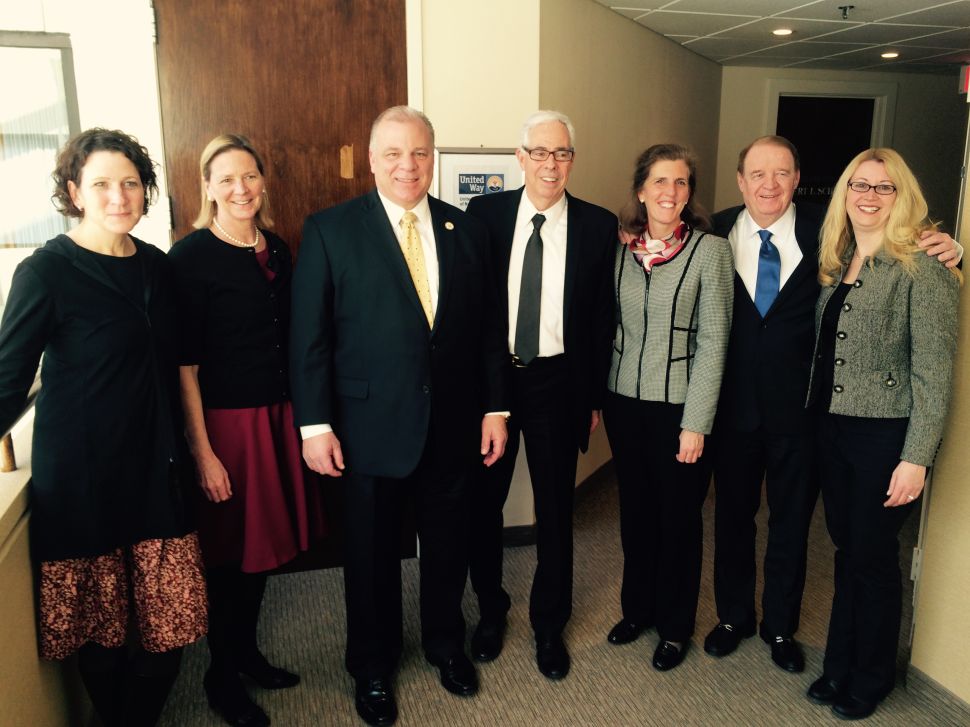