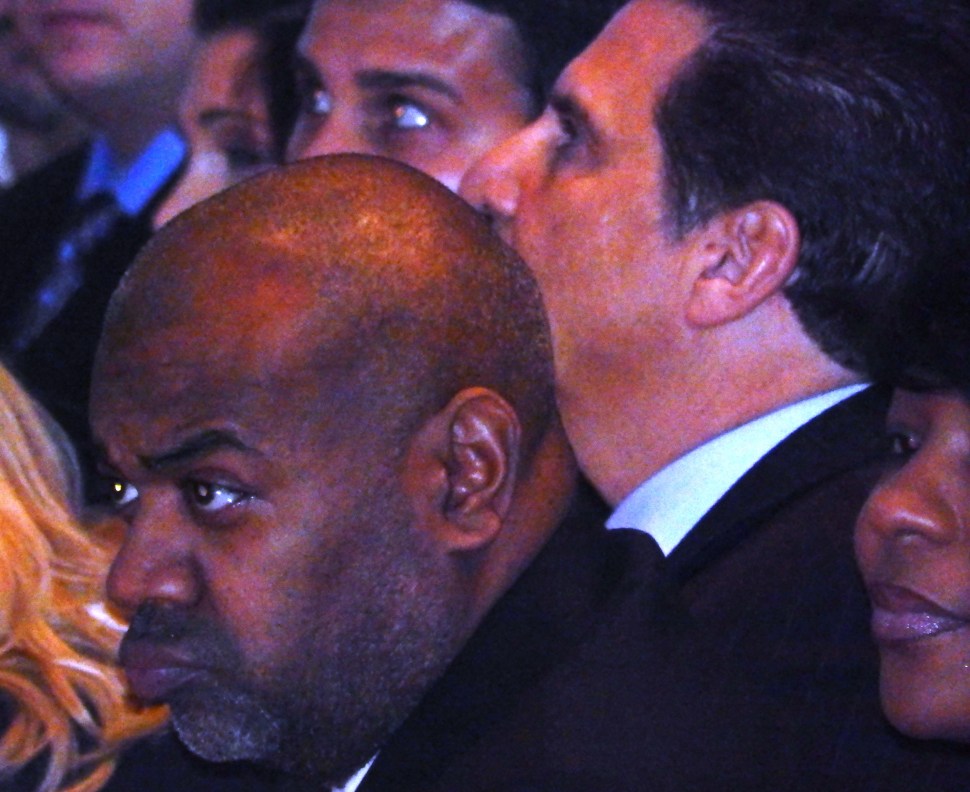 Matt Popola’s family has owned Paddy’s Service Station in Newark’s Ironbound neighborhood for more than 80 years. Popola’s father was part of a generation of men who manned the rooftops of their homes and businesses, some of them armed, to save the neighborhood from destruction during the 1967 riots that scarred Newark. Now 48 years old, Popola looks to another son of the post-’67 generation to save Newark in another time of crisis. Spoiler: It’s not Cory Booker. (Bonamo for POLITICO)

Democrat Vivian Bell of Union this evening formally announced her candidacy for the Assembly in Legislative District 20. Bell plans to run with attorney Jorgen Batista of Hillside. (Pizarro/PolitickerNJ)

TRENTON – After all-day pushing and shoving between union taxi cab drivers and non-union drivers, the Assembly Transportation Committee this afternoon passed a thorny labor-backed bill aimed at protecting the safety of passengers who use Uber Technologies and similar ride-sharing services. (Pizarro/PolitickerNJ)

TRENTON — The chair of the Assembly Judiciary committee, after hearing testimony from environmental advocates on the state’s settlement with Exxon Mobil, said he’d “literally rather lose” the $225 million in environmental damage liabilities than set a bad precedent for future polluters.

“This is about having stood toe to toe with Exxon every step up the way, and then when they were finally at settlement, to take a step back,” said Assemblyman John McKeon (D-27). “That sends the absolute wrong message.” (Brush/PolitickerNJ)

Linden Mayor: ‘I don’t trust’ Exxon to do what is right

TRENTON — Linden Mayor Derek Armstead said at an Assembly hearing today that he doesn’t trust Exxon Mobil to clean up the mess its left behind in his town, anymore than he trusts “my 8 year old daughter to clean up her room.”

“It’s a travesty,” he said. “We have polluted estuaries and polluted creeks throughout our town.” (Brush/PolitickerNJ)

Linden Mayor: ‘I don’t trust’ Exxon to do what is right | New Jersey News, Politics, Opinion, and Analysis

TRENTON – The state Assembly Labor committee voted by an 8-1 margin on Thursday to release a proposed bill that is meant to create a workforce training program for former casino workers.

The bill, designated A4103, was drawn up in response to the high job losses suffered in the New Jersey gaming industry, particularly in Atlantic City. Since January 2014, four Atlantic City casinos have shuttered, resulting in the loss of more than 8,300 jobs. The Atlantic City region has already experienced an almost nine percent decrease in employment in recent years. (Bonamo/PolitickerNJ)

TRENTON -Cabs cluttered West State Street again this morning in a cabbie war with an Assembly Transportation hearing on the legislative horizon.

Screaming “No justice, no peace, no justice, no peace,” Communications Workers of America (CWA) members tramped around the statuary outside the Statehouse Annex in advance of a hearing for a bill that would impose restrictions on the smartphone-based ridesharing service company Uber.   (Pizarro/PolitickerNJ)

SEA ISLE — Silhouetted by the waning light of a sun setting red over the bay at the organization’s annual convention Wednesday night, Cape May County Republican Chairman Mike Donohue sounded relief at the prospect of holding court over a nomination process that, for the first time in a long time, would not be a contentious one. (Brush/PolitickerNJ)

The subpoena seeks records from a broad range of former authority officials regarding their interactions with Jersey City, according to a person familiar with the matter, including two Christie allies who resigned from the authority amid the George Washington Bridge lane closure scandal, David Wildstein and Bill Baroni.

Jersey City Mayor Steven Fulop has said that the Christie administration punished him when he failed to endorse the governor’s reelection in 2013. (Mann/Wall Street Journal)

On March 26, Mr. Christie’s leadership PAC, Leadership Matters for America, will hold a fundraising luncheon in Houston, according to an invitation viewed by The Wall Street Journal.

“We were worried it was going to be a political move,” she said.

But by the end of Clinton’s hourlong appearance Thursday at the American Camp Association, New York and New Jersey’s Tri State CAMP Conference at the Atlantic City Convention Center, Janson was impressed. (Hetrick/Press of Atlantic City)

In spite of the new deal bringing potential layoffs and ending some community policing programs in Westville, there is no “sour grapes about it” in the borough, according to administrator William Bittner. (Romalino/Courier Post)

TRENTON – Gov. Chris Christie has ordered all state flags to fly at half-staff on Monday to honor a New Jersey Marine killed in a Black Hawk helicopter crash last week.

It was a one-sided dialogue before the Assembly Transportation Committee.

“In the last decade I do not remember an issue of such prominence where the consensus was so powerful,” said New Jersey Policy Perspective President Gordon MacInnes.

Gov. Chris Christie said on his radio show recently it’s not a crisis and by relying on $600 million in previously authorized borrowing plus carry-over money the state can get through one more year of transportation funding. (Aron/NJTV)

The Assembly’s Education Committee had hoped to hear from Education Commissioner David Hespe today, but it was left to department attorney Patricia Morgan to explain — and defend — the department’s decision to contract with a testing company that monitors the social media accounts of students taking the Partnership for Assessment of Readiness for College and Careers, also known as PARCC tests. (Cruz/NJTV)

The state Supreme Court has agreed to hear an appeal by Bergen County prosecutors who object to a lower court ruling that the case of Aakash Dalal, who is accused of plotting to firebomb several Jewish facilities in Bergen County, should be tried elsewhere in the state. (Markos/The Record)

The chairman of the Port Authority said Tuesday that a complex combination of real estate deals – including the possible sale or lease of the World Trade Center and other valuable properties owned by the agency – could finance construction of a proposed new multibillion-dollar bus terminal in midtown Manhattan.

Port Authority Chairman John Degnan also wondered whether the new station would be as expensive as the agency’s staff projected in five options they are scheduled to present to the board of commissioners on Thursday. Two officials with knowledge of the plans said the cost could range from $7.5 billion to $10.5 billion. (Maag and Hayes/The Record)

TRENTON – School leaders may be reading students’ Tweets about the new standardized test, but state education officials say that doesn’t mean their privacy rights are being violated.

State Department of Education officials appeared before the Assembly Education Committee Thursday, where they defended actions aimed at protecting the integrity of the new Partnership for Assessment of Readiness for College and Careers, or PARCC. (Oglesby/Asbury Park Press)

Governor Christie is headed to Florida this weekend for the Republican National Committee’s donor retreat and he isn’t the only 2016 GOP hopeful who will be attending portions of the private three-day event.

WASHINGTON — From his perch as the top Democrat on the Senate Foreign Relations Committee, U.S. Sen. Robert Menendez has led congressional efforts to penalize Russia for its invasion and annexation of Crimea in the Ukraine.

Today, the administration of Russian President Vladimir Putin responded, imposing new sanctions on Menendez (D-N.J.) and other U.S. officials. Menendez already had been banned from entering the country last year in retaliation for the economic sanctions the U.S. and its allies imposed on Russia over its actions in Ukraine. (Salant/NJ.com)

Both NJBIZ and City and State respectively named veteran political operative Maggie Moran among the top 50 women in business and among their 25 women who exhibit exceptional leadership in their fields.

“Restoring the financial health of the Trust Fund will take political courage and leadership. Sadly, at a time when New Jersey needs the governor to lead, he has chosen, instead, to bury his head in the sand,” Wisniewski, chair of the Assembly’s Transportation Committee, said in a statement after the committee heard testimony from lawmakers and transportation experts this morning. (Brush/PolitickerNJ)

TRENTON – The back war to the Uber street fight included the weekend company carpet-bombing of LD7 and LD38 with anti Assemblyman Troy Singleton and Assemblyman Joe Lagana mailers, making the case to voters that if the Democratic lawmakers’ bill passed it would tire tread jobs in the two districts.

A-3765, which forced cab drivers and Uber drivers into a pro and con stare down today, contains new regulatory language to mangle the non-unionized drivers championed by the Communications Workers of America (CWA) and their drivers. (Pizarro/PolitickerNJ) 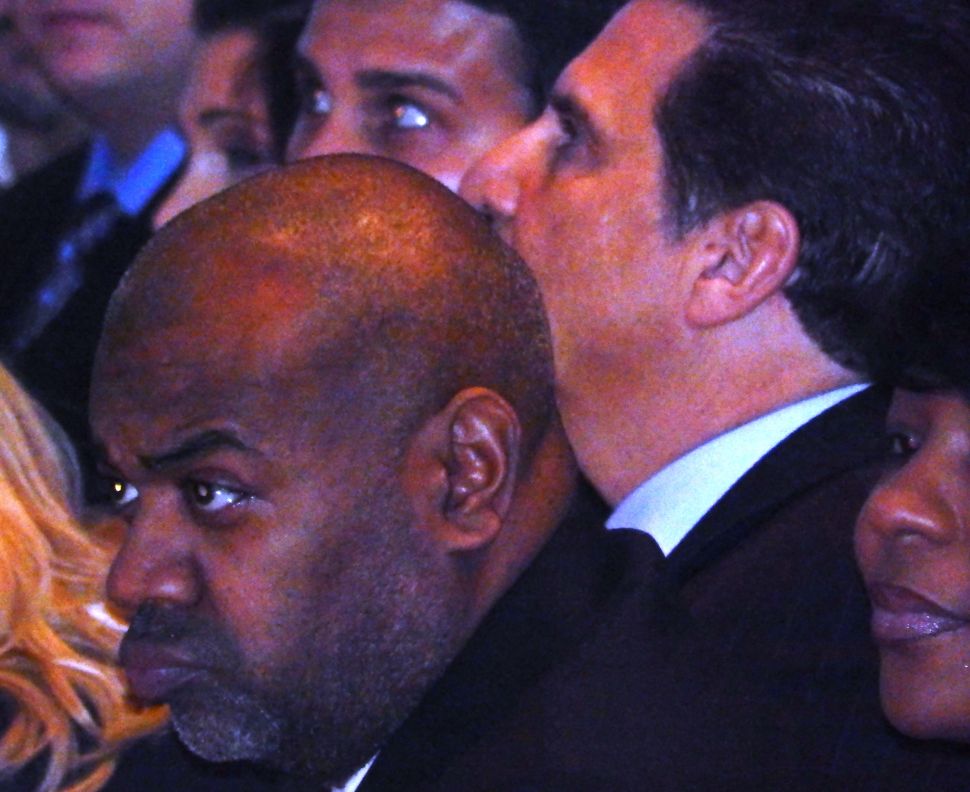