Apparently James “Jim” Keady of Spring Lake won’t sit down and shut up.

The former local elected official who stood up to Gov. Chris Christie at a Hurricane Sandy press conference and incurred the Republican governor’s wrath, will run for an Assembly seat in the 30th District with the backing of the Monmouth County Democratic Committee.

In part the showdown with Christie propelled him to run. (Pizarro/PolitickerNJ)

Gov. Chris Christie tonight denied that a series of comments he gave in Florida this weekend about politicians “flip-flopping” on issues were directed towards a potential Republican presidential opponent, Wisconsin Gov. Scott Walker.

Christie, back on 101.5’s weekly “Ask the Governor” radio show, said he was not aiming to take a swipe at Walker when he told a crowd of about 250 donors during a Republican National Committee retreat on Saturday that they should beware of candidates prone to “pandering” or “flip-flopping”.

A Times article that first reported the comments noted that Walker, who’s emerged something of a frontrunner for the 2016 nomination over the last few weeks, stood nearby as Christie gave his speech. (Brush/PolitickerNJ)

Christie denies he swiped at Walker in Florida — then swipes at Dem leadership over Exxon | New Jersey News, Politics, Opinion, and Analysis

The state Senate Republican caucus may have experienced a frisson of friction last week because of several controversial votes, but according to state Senator Jennifer Beck (R-11), occasional policy potholes are part of the process and not a sign of deeper party dissension.

“There have always been conversations within the party back and forth on issues that we agree and disagree on,” Beck told PolitickerNJ on Monday, “I don’t think it’s new.” (Bonamo/PolitickerNJ)

Angela McKnight, who runs a 501 (c) 3 nonprofit in her hometown of Jersey City, will run for an Assembly seat in LD31 with the backing of the Hudson County Democratic Organization (HCDO). (Pizarro/PolitickerNJ)

GARWOOD – State Senator Ray Lesniak (D-20), when asked how he thought the official entry of U.S. Senator Ted Cruz (R-Texas) into the 2016 GOP nomination race could affect New Jersey Governor Chris Christie’s chances in the same sweepstakes, flipped the script on the question.

“First of all, I don’t believe that Chris Christie has any chance of getting the presidential nomination in any way,” Lesniak told PolitickerNJ on Monday after a press conference in Garwood to announce new legislation designed to highlight businesses that both make American-made products and support American workers. (Bonamo/PolitickerNJ)

GARWOOD – More than two weeks after a report emerged that the Justice Department is preparing to bring criminal charges against him, U.S. Sen. Bob Menendez (D-NJ) continued to assert his innocence while defiantly inferring that the federal agency reportedly investigating him has acted improperly.

“I’ll say the same thing I said two weeks ago when there was a different press report, and that is that I have always acted appropriately and legally,” said Menendez at a press conference in Garwood to announce new legislation designed to highlight businesses that both make American-made products and support American workers. (Bonamo/PolitickerNJ)

TRENTON — Prompted by repeated credit downgradings and a series of poor budget forecasts that have hindered the state’s economy in recent years, the Assembly Budget Committee today passed legislation that aims to reform the legislature’s annual appropriations process. (Brush/PolitickerNJ)

New Jersey Gov. Chris Christie is unlikely to announce his decision on whether to enter the 2016 presidential race in April, his aides have said.

Sen. Ted Cruz became the first 2016 contender to announce officially he’s running Monday, and several other potential candidates have said they will make formal decisions in April. Sen. Rand Paul is expected to announce a run on April 7.

As Mr. Cruz moved toward a formal announcement Sunday, Mr. Christie’s advisers were quiet about his immediate timeline for a decision. But currently, they aren’t planning on an announcement next month and said they weren’t concerned about the early decisions of other potential Republican candidates. (Haddon/Wall Street Journal)

TRENTON – Gov. Chris Christie has conditionally vetoed a measure that would have overhauled drunken driving penalties and required the use of interlock ignition devices.

In a statement issued Monday, Christie said he wants to “strengthen” the Legislature’s measure and enact stiffer penalties for DUI offenses.

Under the governor’s recommendation first-time offenders with blood alcohol levels from 0.08 percent to 0.1 percent would have their licenses suspended for three months. They would also be required to have an interlock system in place for three to six months. (Associated Press)

CAMDEN — State tax incentives to boost New Jersey’s poorest city are being heralded as a major piece of a turnaround plan after decades of economic despair, corruption and crime. But after a string of revitalization efforts with dubious results, Camden is staking part of its future on a company that failed to deliver on past promises.

Roizman Development, Inc., a Pennsylvania firm headed by a big-time political donor, is receiving millions from two New Jersey agencies to renovate low-income housing it has owned for decades despite owing more than $6 million on a previous unpaid state government loan. The firm also backed out of a pledge to sell other homes he owns in Camden to tenants for $1. (Mulvihill and Horwitz/Courier Post)

Atlantic City’s emergency manager report will be made public today

Atlantic City emergency manager Kevin Lavin’s report on the city’s finances will be made public Tuesday, according to Assemblyman Chris Brown, R-Atlantic, who said he had spoken to an official familiar with the document.  (Santore/Press of Atlantic City)

Community Colleges to use PARCC for placement

The state’s 19 community colleges will start using results of the new PARCC high school tests for course placement starting as early as 2016, eliminating the need for qualified students to take the Accuplacer test. (D’Amico/Press of Atlantic City)

LONG BRANCH – The last Sandy-wrecked boardwalk on the New Jersey coast is about to be rebuilt.

“You just go up the line and they’re all done until you get to Long Branch,” said Robert Hilton, the executive director of the Jersey Shore Convention and Visitors Bureau. “But they’ve had their own set of circumstances.”

But 21/2 years after superstorm Sandy, those circumstances are about to change. The much-anticipated boardwalk reconstruction — the largest public works project the city has ever undertaken — is finally set to begin in June. (Radel/Asbury Park Press)

DuHaime has ‘no doubt’ Christie will have money for presidential run

Political strategist and close Gov. Chris Christie confidant Mike DuHaime said tonight he has “no doubt” that if the incumbent decides to run for the Republican nomination in 2016, he’ll have “enough money to get his message out.” (Brush/PolitickerNJ)

DuHaime has ‘no doubt’ Christie will have money for presidential run | New Jersey News, Politics, Opinion, and Analysis

Broadcaster Eric Scott, who monthly hosts Ask the Governor on 101.5 FM, is sporting a new Corvette after Gov. Chris Christie urged the hookup for the host on Scott’s show. (PolitickerNJ)

Texas Senator Ted Cruz may be the first Republican candidate out of the gate ahead of the 2016 presidential primary season — but that won’t keep New Jersey’s Gov. Chris Christie from trampling his home turf this week.

According to the Wall Street Journal, Christie and his new-found political-action committee, dubbed Leadership Matters for America, will take a fundraising jaunt through Texas on Thursday, when they’ll hold a luncheon in Houston and attend at separate reception in the home of a key ally in Dallas. (Brush/PolitickerNJ)

The political consulting group won two in the overall candidate division, including a Gold Pollie for Best Direct Mail Campaign for “Stopping Barber.” Traz also won a Silver Award in the same category for its “Grimm for Congress” mail. The group’s third award came in the Independent Expenditure category, a Bronze Award for “Taxenstein.” (PolitickerNJ)

On March 19, 2015, at a ceremony held in New Orleans, Louisiana, the American Association of Political Consultants (AAPC) recognized Jamestown Associates with a whopping 10 Pollie Awards.

The Pollies, called “the Oscars of political advertising” by Esquire magazine, are the most sought-after awards in the political communications and public affairs industries. And this year’s competition was the largest ever with over 2,400 entries. (PolitickerNJ)

With Cruz in, race for GOP right heats up

Ted Cruz’s splashy entry into the 2016 race Monday intensifies the early battle to consolidate conservative voters who are intent on denying the Republican Party establishment yet another presidential nomination. (Rucker, Costa/The Washington Post)

Hillary Rodham Clinton warned Monday that tough policy problems don’t get fixed from inside “ideological bunkers” but made no direct attack on the large and noisy field of Republican candidates vying to oppose her. (Gearan/The Washington Post) 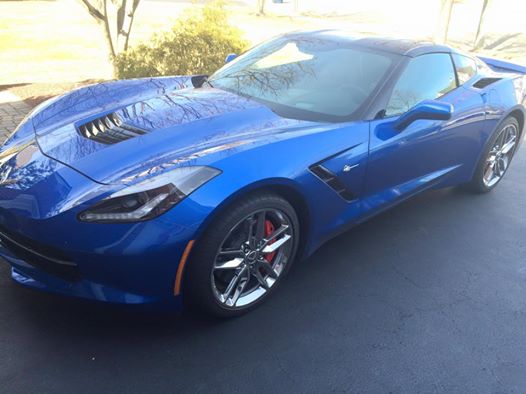