Democratic Minority Leader Harry Reid’s decision not to seek reelection in 2016 will mark the end of his impressive thirty year career in the Senate. Mr. Reid, one of the least charismatic politicians to rise to his post but who mastered the Senate arcane rules to his party’s advantage, anointed Chuck Schumer as his successor. “I feel very comfortable about this continuity of leadership with Schumer. He will be elected to replace me in 22 months.” Additionally, another possible contender for the top job, Sen. Dick Durbin of Illinois, has indicated that he will step aside to allow Mr. Schumer’s ascent.

New York has long had a large congressional delegation that in recent years has, appropriately, drawn more attention for scandal than for legislative accomplishment or political power, but this is poised to change. Unless something dramatic happens, Mr. Schumer will, when he begins his fourth term in 2017, become the most powerful New York Senator in decades, and the first leader in the senate from New York for either party since the positions were created in the early 20th century. Moreover, another New Yorker, Hillary Clinton, could be in the White House.

Mr. Reid’s departure will provide an opportunity for some changes in how the Senate operates. His leadership coincided with a time of heightened partisanship in Washington. One of the most significant things Mr. Reid did as a leader was to change the filibuster rule in 2013 so that presidential nominees now only need a simple majority to be confirmed. That strengthened the Senate relative to the executive branch. But the change, made largely due to the Republican’s penchant to us filibuster for even minor matters, could haunt Democrats should the Republicans win the presidency and retain control of the Senate in 2016.

As Senate majority leader during President Obama’s first term, Mr. Reid was instrumental in pushing much of the President’s domestic program through the Senate and proved to be a valuable and loyal ally. The most memorable piece of legislation passed during this period was the Affordable Care Act (ACA) that famously passed with no Republican voters. He also shepherded through the 2008 stimulus package, which likely saved the country from financial collapse.

A Schumer-led Senate, or Democratic caucus in the Senate, will be no less partisan than it has been under Mr. Reid’s leadership. That is both the nature of Washington today, as well as a reflection of the New York Senator’s partisan nature. But some Republicans have established strong relationships with Mr. Schumer, who aims to become the first Jewish Senate Majority Leader.

Still, given the bipartisan bitterness that erupted during the impeachment of Bill Clinton in 1998 and only grew during the nearly two decades that followed (with a pause just after 9-11), expecting Mr. Schumer to suddenly usher in a genial atmosphere in the Senate is pure folly. Ultimately, Mr. Reid’s departure will mark the natural passing of the torch, rather than a turning point in an institution, and indeed a political system, that is more dysfunctional than any one man. 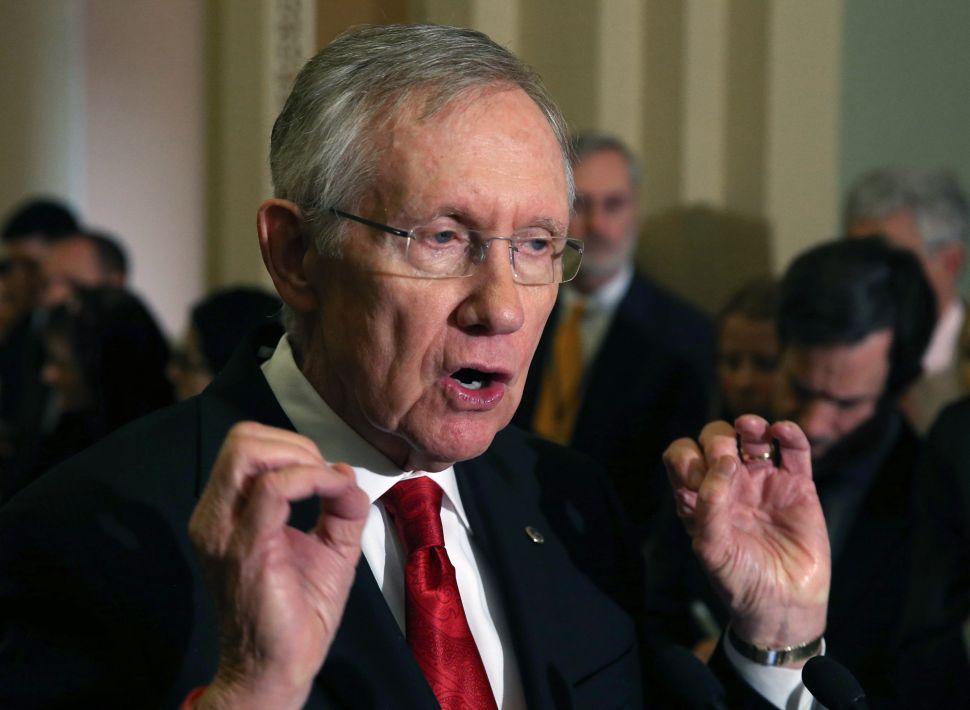