There is sparse expectation that President Barack Obama will warmly congratulate Israeli Prime Minister Benjamin Netanyahu on his stunning electoral victory, but perhaps Mr. Netanyahu should be on the phone calling Obama and thanking him for making it possible.

Mr. Netanyahu finds himself in a situation ironically reminiscent of Alexis de Tocqueville’s characterization of the making of the French Revolution. Tocqueville wrote that he was not so impressed by those who sought to make the revolution, but those “who least willing it caused it to occur.”

With 350,000 dollars in American taxpayer money, Obama’s political operative Jeremy Bird was in Israel to make sure that anyone but Mr. Netanyahu won and, of course, helped produce the opposite effect.

With an approval rating in the low 30’s, Mr. Obama’s endorsement of the Israeli left was not a well thought-out move.

Then there was the EU that also wanted anyone but Netanyahu. I would have thought that the Europeans could have turned to their own history to understand that a regime shaped by external powers produces resentment not legitimacy. Has the history of the ill-fated Weimar Republic been so quickly forgotten?

Mr. Netanyahu needs to thank the international community whose obsession with condemning Israel for rights abuses, far more imaginary than real, has pushed Israel to the right. There are the intransigent Arabs who seem incapable of comprehending that incitement of terrorism does not produce the pavers and mortar of the road to peace. There are the Iranians whose unrelenting threats to destroy Israel while negotiating with a compliant, naive, and weak Mr. Obama administration could not help but cause Israelis to seek security.

These factors helped as did Mr. Netanyahu’s position on domestic issues and appeals to the “second Israel,” its non-Western populations. In a multi-party system, victory is often achieved at the margins, and there is no doubt of the benefit that Mr. Obama, the international community, and the Arabs added to the outcome.

Among leftist, American Jews there will probably be a political sitting shiva, the Jewish mourning ritual for the newly deceased. There will be metaphorical readings from the Book of Lamentations and the traditional wearing of sackcloth and ashes.

For to these Jews, Mr. Netanyahu does not represent the frontline of defense against the Middle East’s new and more virulent form of terrorism. He represents the obstacle to peace. These Jews repeatedly fail to comprehend that peace negotiations between the Arabs and Israelis is not like a contract negotiations between the pilots’ union and the airlines. In the latter process, neither side seeks to destroy the business. In the former, the Arabs have been unrelenting and open in proclaiming their ultimate goal is Israel’s destruction.

Neither of those outcomes will be widely disseminated, neither in the world’s media nor in colleges and universities across the world. That would compel people to rethink the characterization of Israel by those seeking its destruction.

Abraham H. Miller is an emeritus professor of political science, University of Cincinnati, and a senior fellow with the Salomon Center. 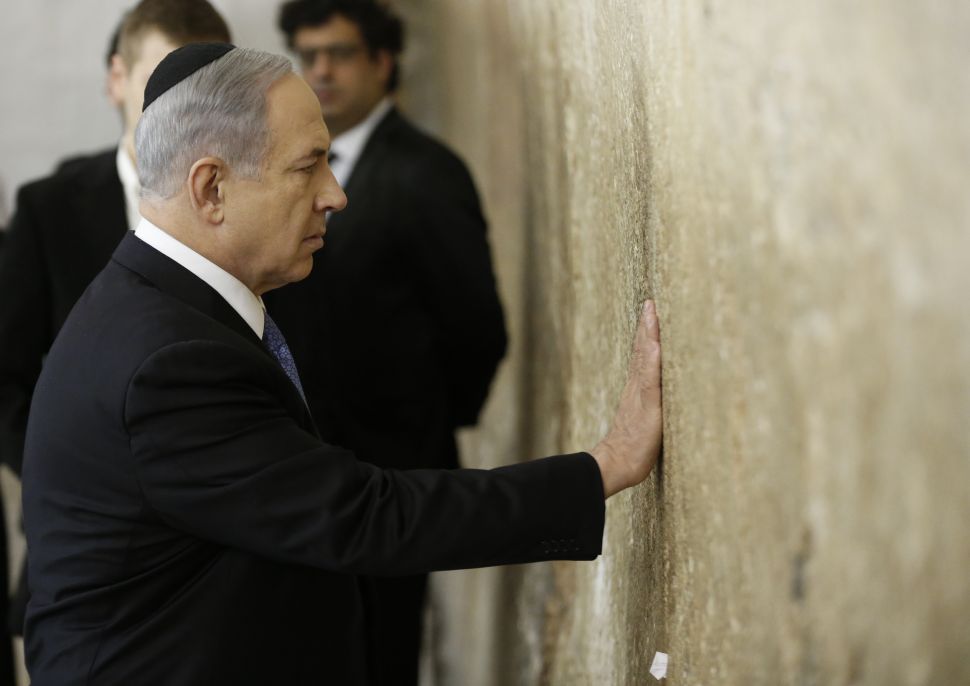