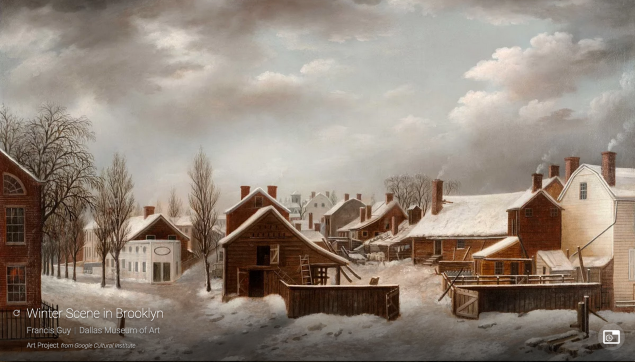 If you’re one of the many people who open new tabs for every single thing you do online (tab addiction is an issue, people), Google Chrome is about to enable you big time.

Google released a new browser extension Wednesday that will show a work of art from the Google Art Project database in each tab you open. No more plain grey background or list of your most-visited sites, which just ends up reminding you how much time you spend on Facebook, anyway. The extension’s default setting refreshes the spotlighted work of art every day, but you can customize it so that a new piece comes up in each tab.

Chrome users are pretty psyched about it, according to reviews from the past day:

“Stunning. It’s the little things in life that matter.”

A few early complaints included the fact that additional information about the artworks (like the date, lifespan and nationality of the artist) aren’t listed, and open in a new tab only when you click on the title.

But perhaps more compelling than the extension itself is the mere existence of the Google Cultural Institute, Google’s umbrella venture that includes not only the Art Project but online exhibitions of Historic Moments and World Wonders.

Since 2012 more than 130 museums and cultural institutions have partnered with Google to present their collections online, and users can also curate their own galleries. There are compilations of multiple institutions’ works grouped by event or topic, including one for Street Art and a meandering, vague overview of Women in Culture.

The whole enterprise prompts the question: How exactly is Google trying to take over the world this time? Is the Google Cultural Institute a benevolent exercise in arts education or, somehow, another advertising ploy? When the Observer downloaded the Google Art Project extension, a dialog box appeared that said the add-on will be able to “Read the icons of the websites you visit” and “Read a list of your most frequently visited websites.” Hmm.

Whatever the motive, for the most part it’s an easy way for art lovers to get a daily dose of pretty pictures. One of the works in Thursday’s rotation was Francis Guy’s 19th century painting Winter Scene in Brooklyn, currently housed in the Dallas Art Museum. The work’s title and subject matter gave the Observer a little weather-related PTSD, but it was a welcome forced moment of meditation in a tab-crazy world. 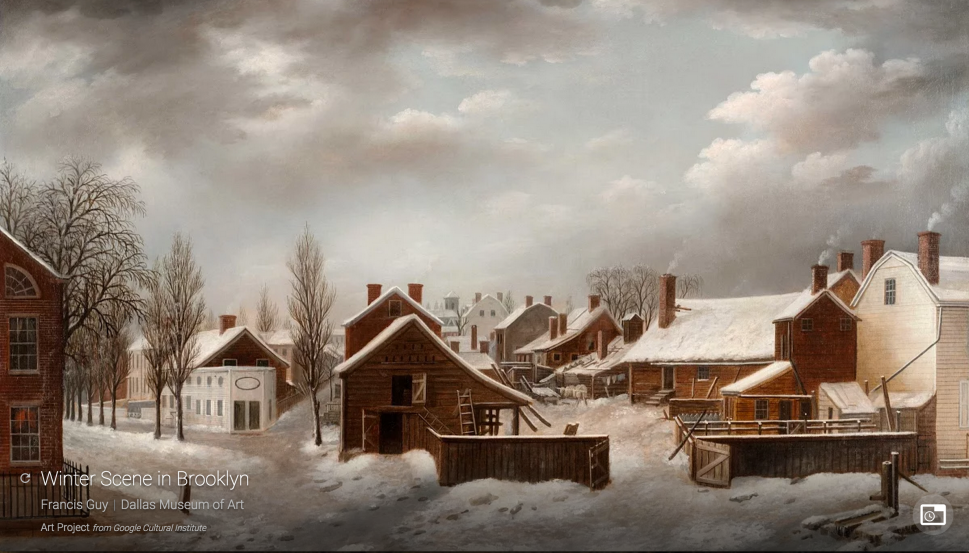