Editor’s Note: The Observer was a victim of the marketing firm Boogie’s pre-April 1 viral stunt. The below story turns out not to be true, despite how awesome it would be had it been the case. However, it’s worth noting that unlike several recent media stunts, this was not the product of overly credulous re-blogging. The Observer’s reporter contacted the company and interviewed its supposed founder, Daniel O’Connor, who either lied or “stayed in character,” but the net result is the same. We printed a story that turned out not to be true, and the Observer regrets the error.

When you buy a new phone, it takes just about every bit of strong will in your bones to cover up the new, sleek device with the armor necessary to protect it. But thanks to a new app, this common first-world problem may be on the way out and the phone case may become obsolete.

An app called Chute uses your phone’s ability to vibrate to make it shatter-proof. With the app running in the background, it will survive falls from heights of at least 10 feet without a case, screen protector or any other armor.

You’re probably wondering how an app can protect your screen from cracking. It’s actually quite clever: it uses your phone’s built-in accelerometer and gyroscope (which sense motion) to detect when your phone is free falling. It then activates the phone’s vibration motor to send pulses in order to reorient the phone in midair so it lands face-up and the screen doesn’t shatter.

“A good comparison is how a cat always lands on its feet,” Daniel O’Connor, the app’s developer, told the Observer.

Mr. O’Connor said he and his team tested over 100 devices and the iPad mini by dropping them from various heights as high as 10 feet and that they only devices that broke were those they dropped with the app turned off.

The iOS version of the app isn’t launching for two weeks (and the Android version not for two months), but 1,000 lucky iPhone users will get free early access starting this Friday by signing up for beta testing on the Chute site. The free trials are given away on a first-come, first-serve basis, but you can move up on the list by sharing Chute on social media.

According to Mr. O’Connor, they just announced the free early access and only a few hundred people have signed up. So hurry everyone while there’s still time!

Update: Following the reveal that this story is untrue and an attempt at a “lighthearted prank on the public” by the marketing firm Boogie, the Observer interviewed Dahcia Lyons, the company’s vice president of social strategy. The conversation showed that Boogie seems to have little control over or understanding of the stunt it’s trying to pull. Ms. Lyons sounded flustered and regretful—apologizing profusely around 15 times—and continuously backtracked throughout the entirety of our conversation.

Update #2: The technological procedure behind the fake app Chute is nearly identical to a process patented by Apple. When we asked Boogie about the patent, the firm went from refusing to comment to changing its story. 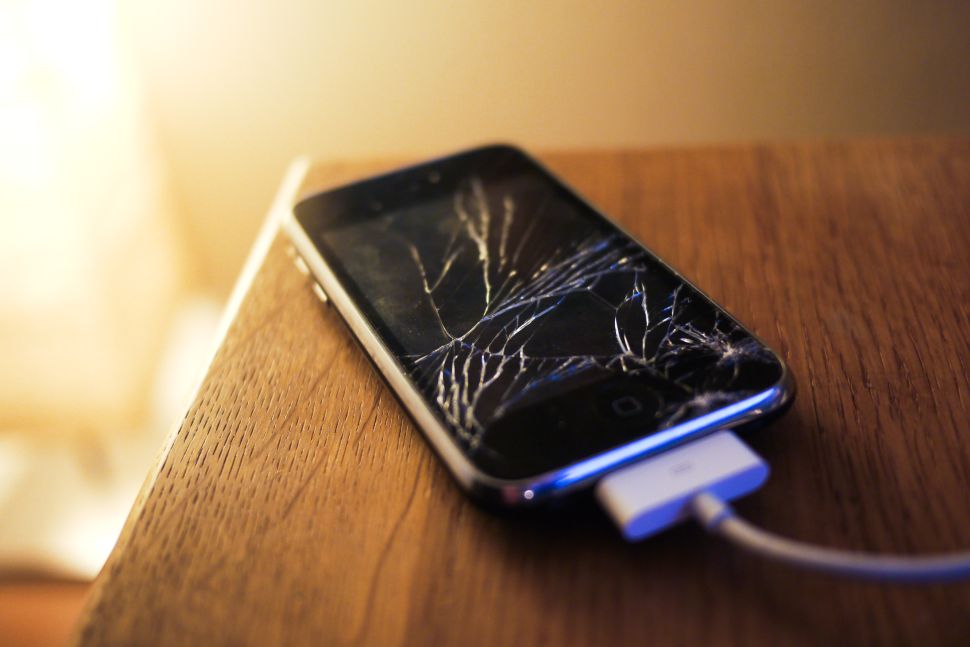