On the 50th anniversary of the beating of Civil Rights protestors on the Edmund Pettus Bridge in Selma, Alabama, U.S. Rep. Donald Norcross (D-1) stood in the procession of history along with President Barack Obama and U.S. Rep. John Lewis (D-Ga.).

“It’s wall to wall people, as far as the eye can see,” Norcross told PolitickerNJ as he walked on the bridge to mark the historic occasion. “John is five feet from me. He’s one of the most humble people I’ve ever met.”

A Civil Rights activist in his 20s at the time, future Congressman Lewis absorbed a beating that day 50 years ago when he attempted to register people to vote in the pre-Civil Rights Voting Act segregated Southern state.

“The march is not over yet, the race is not yet won,” said President Barack Obama, who addressed the crowd to mark the occasion.

Norcross echoed the President’s sentiments, noting that while the country has made strides since 1965, citizens must persistent in making the country more just. “The President did not deliver a fluffy speech,” the congressman said. “He spoke of Ferguson; Racism is still with us.”

The congressman specifically cited the need to engage more people to vote. 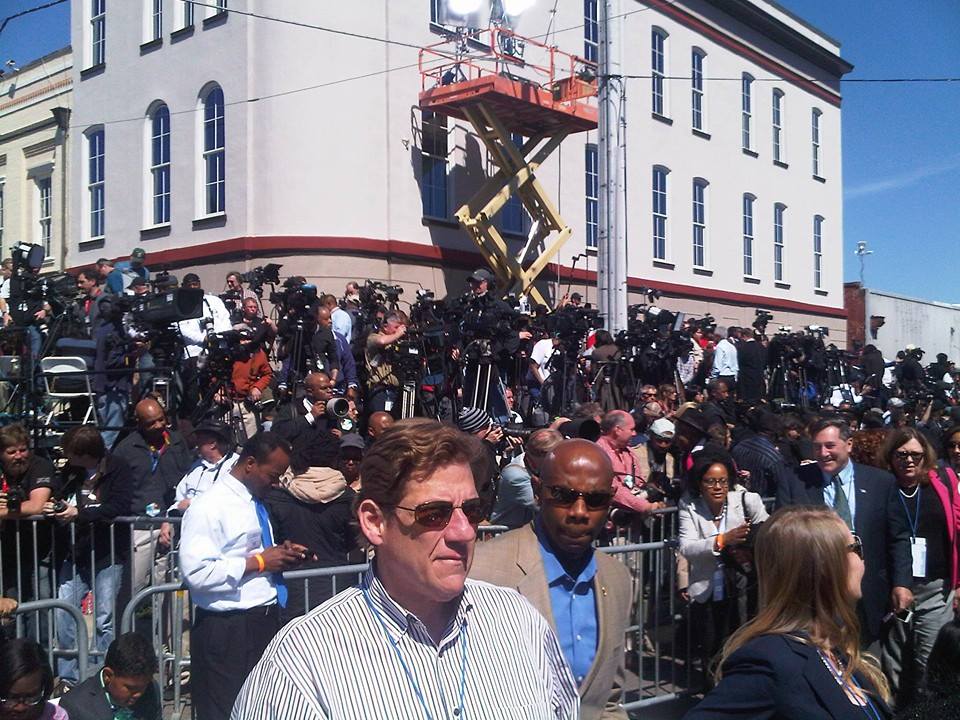