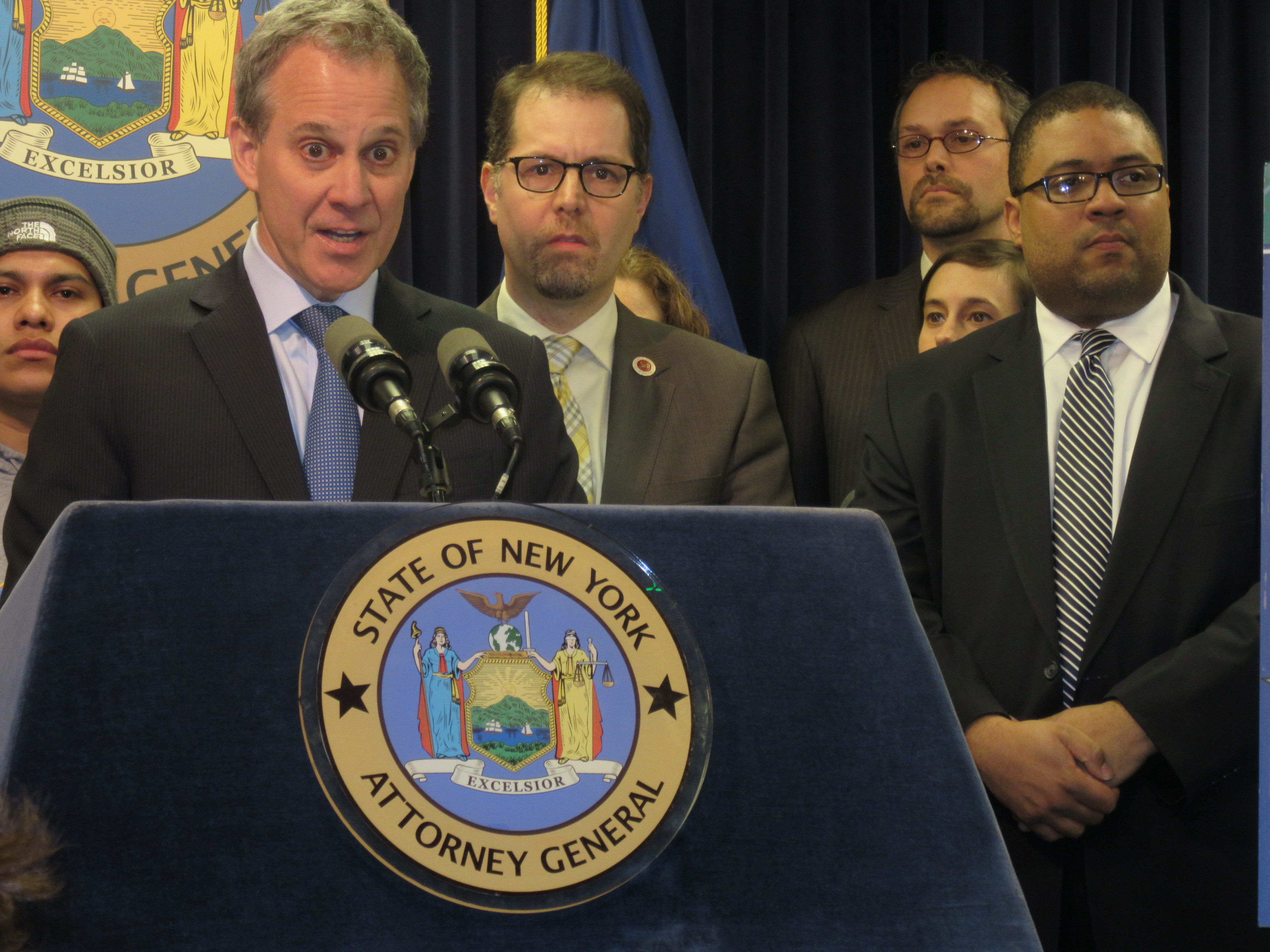 At a press conference at his lower Manhattan office, Mr. Schneiderman, a Democrat, linked the recent decision against Ronald Johnson of New Majority Holdings, LLC—who a judge found had rounded down workers’ hours, paid below minimum wage and failed to reimburse upkeep costs of delivery vehicles—as part of a larger string of abuses his office has uncovered. The attorney general highlighted underpayment at 21 other fast food restaurants citywide—at franchises like Domino’s Pizza and McDonald’s—affecting 16,000 workers and for which has reaped $19 million in recovered wages.

“There is an effort by thousands of businesses, unfortunately, to underpay workers what they are legally owed. And we have to go after them and treat it like a crime wave, which is what it is. It’s a crime wave. We’re talking about millions and millions, even hundreds of millions of dollars,” Mr. Schneiderman said. “If this money was just being stolen, by some organized gang of crooks,  you bet everyone would know about it and be on it. This is something we treat just as seriously.”

Mr. Schneiderman said that the issue is not limited only to fast food, but is spread across countless other parts of the service sector.

“Consider the scope of this crime wave. This one case is resulting in $2.1 million. How many other employers are out there that we just haven’t gotten to yet?” he said.

Councilman Mark Levine, whose Manhattan district is home to one of the delinquent pizzerias, applauded and echoed Mr. Schneiderman’s claims.

“This is not an administrative problem or a bureaucratic problem or an accounting slip-up. This is a crime. And it has to be treated as a crime no different than robbing a bank. In fact, by many estimates, the amount of total wage theft in New York City runs into the hundreds of millions, which is more than we lose in all bank robberies combined,” Mr. Levine said. “The difference here is that the victims are not powerful financial institutions, they are regular men and women—mostly men, mostly immigrants—who don’t have high-priced lawyers or security teams.

Mr. Schneiderman acknowledged that most of the businesses his office had obtained judgments or settlements against have since closed—but noted that, at least in the case of New Majority Holdings, all sale of future assets will be garnished to pay workers.

New Majority Holdings could not be reached for comment. 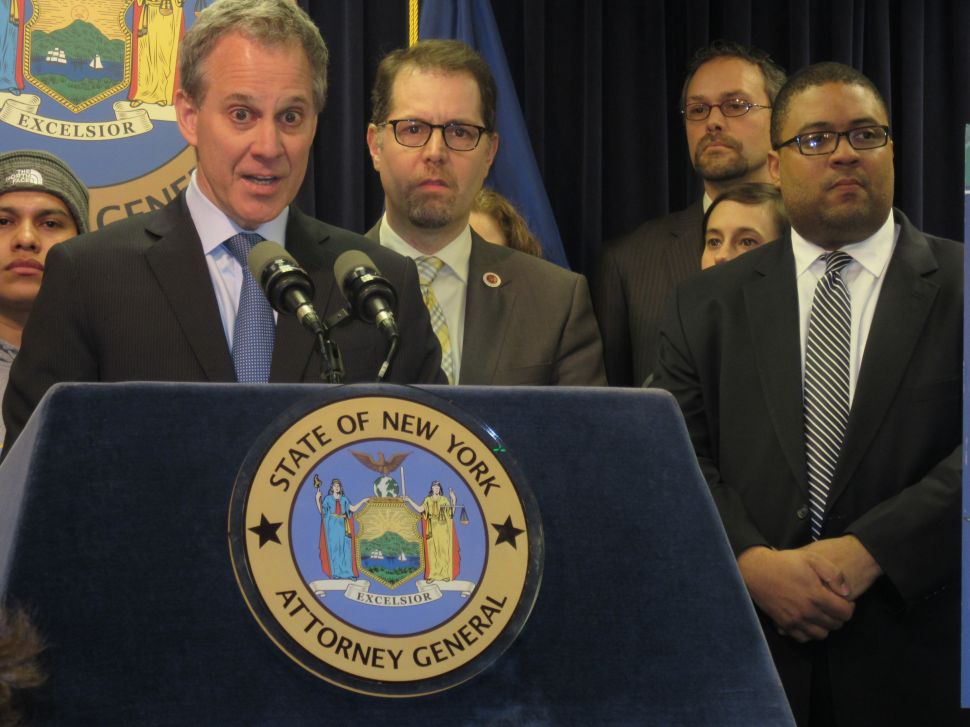