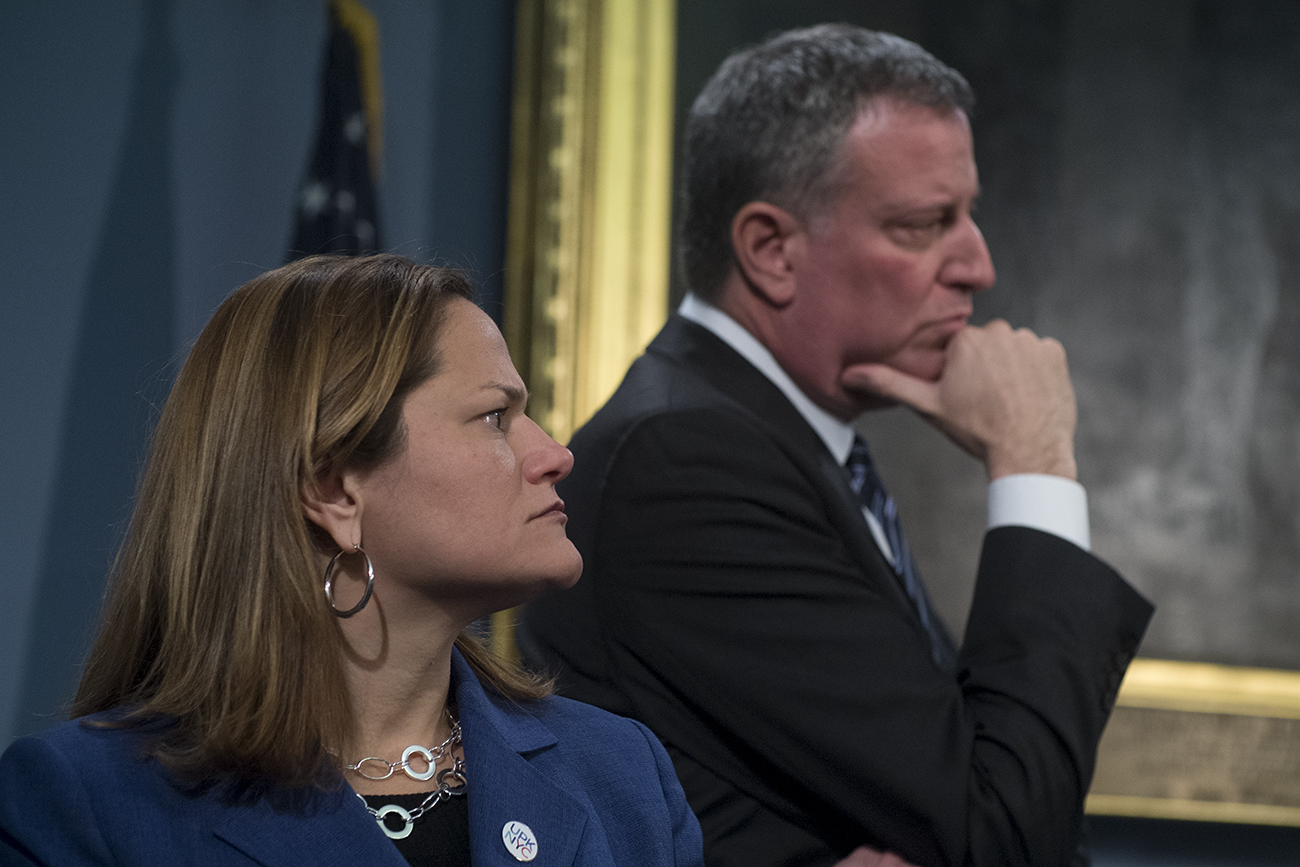 Council Speaker Melissa Mark-Viverito, a Democrat, today said she was let down that the new state budget does not include the Dream Act or a minimum wage increase, but does allow for an Albany takeover of failing public schools.

Ms. Mark-Viverito, a close ally of Mayor Bill de Blasio, said she was bothered that the spending plan negotiated last week left out two key liberal initiatives: granting state college tuition assistance to undocumented immigrants, and increasing the minimum wage to $10.50 across New York and to $11.50 in New York City.

“I’m disappointed, personally, that the Dream Act was not involved, was not part of the budget deal. We have been waiting for a long time for this to pass, it has a lot of support and definitely we are short-changing ourselves as a city and as a state by denying these children opportunities,” said Ms. Mark-Viverito, a native of Puerto Rico. “We’ve been very, very strong in our strong in our agenda about minimum wage, seeing it increased.”

She did, however, acknowledge that Gov. Andrew Cuomo and Assembly Speaker Carl Heastie—both Democrats and ostensible supporters of the Dream Act and wage hike—had to come to an agreement with Dean Skelos, the Republican State Senate Majority Leader and an opponent of the left-leaning proposals.

“You know, a budget deal is a budget deal amongst several parties, right?” she said, suggesting there is hope in the regular legislative session. “Now these battles will be fought after the budget passes. There are some good aspects to the framework that has been provided for the budget, so we’re still looking at details.”

However, both measures will likely have difficulty passing Mr. Skelos’ Republican-controlled body.

Ms. Mark-Viverito also voiced her dislike of “receivership” provisions in the budget that will allow the state to take control of failing schools—a measure Mr. de Blasio and his progressive allies opposed, but the pro-charter school Mr. Cuomo supported. The speaker said she had to “analyze it more deeply,” but described the new plan—which will give public schools that have underperformed for a decade or more one year to turn around before falling into Albany’s hands—as an incursion on mayoral control of the city education system. (Mr. de Blasio believes that schools being placed in state receivership is still highly unlikely.)

“Clearly, we were against the receivership program,” she said, recalling that she and several other council members went to Albany to advocate against such measures. “So that is continuously a concern.”

She added that the receivership program will complicate efforts to give the Council more power over city schools.

“Having any other kind entity coming in and defying that, is a concern to us,” she said.