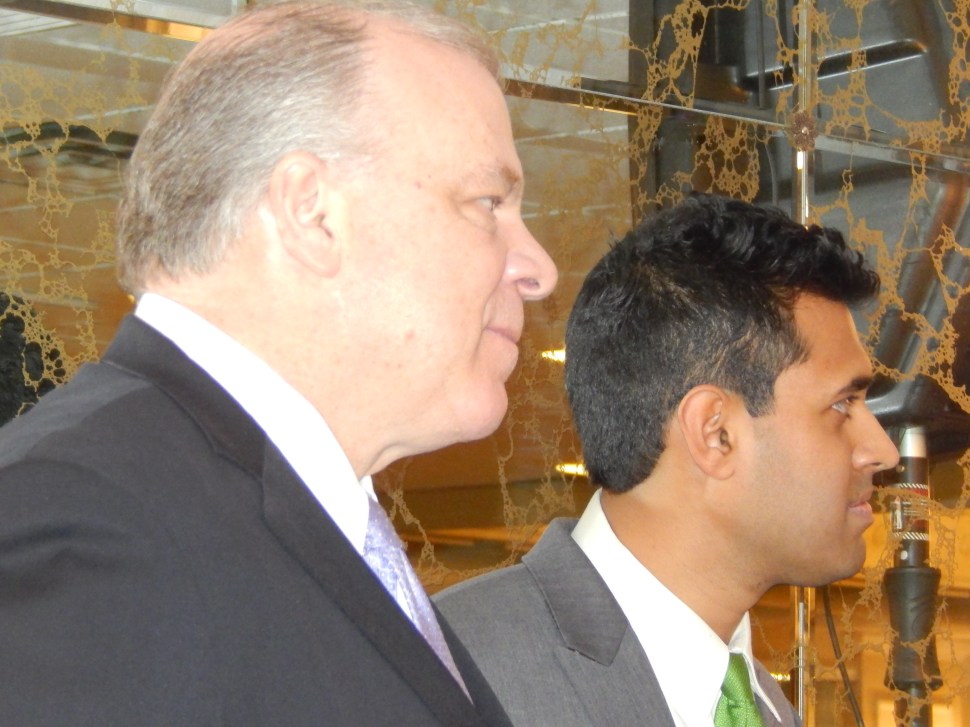 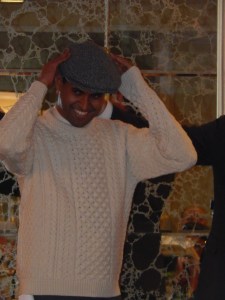 SPRING LAKE -They say the Irish and the Indians have at least one thing in common.

They both hate the colonizing tendencies of the English.

Still, once properly attired as Jimmy Cagney, Gopal played along with the Irish tough guy act. 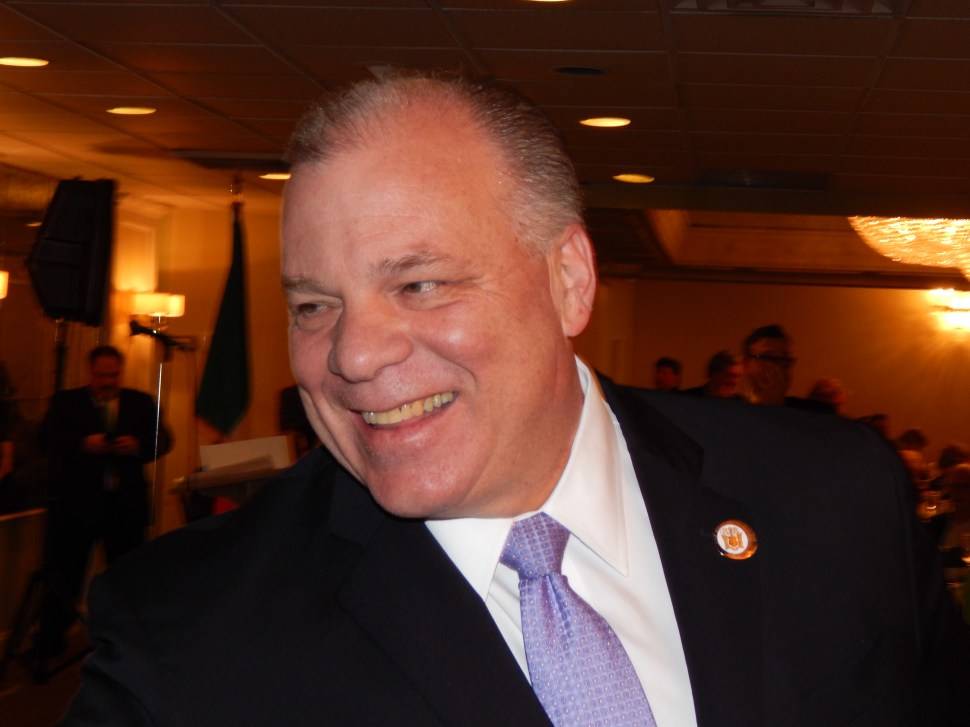 There was more love in the room when Senate President Steve Sweeney (D-3) arrived and found Union County Sheriff Joe Cryan at the microphone. Given their history, someone might have concluded that this was some kind of twisted revenge scenario hatched to embarrass Sweeney, for the two men had clashed mightily on public sector pensions and benefits with the end result consisting ofCryan crawling back to Union County and Sweeney screaming about Gov. Chris Christie going back on his word.

But Cryan gave his former rival a majestic buildup.

“I’ve broken bread with the guy,” said the former state party chairman, insisting on the sincerity and effectiveness of Sweeney’s public advocacy, especially on behalf of the disabled.

Cryan went beyond broad stroke backslapping before Sweeney went up onstage and the two men fell into an embrace.

“The reality is that two Irish guys who are sober all the time get pissed off,” Sweeney said, a chesty hearkening back to past battles apparently now forgotten, and the remark elicited laughs and hand claps, from all but those sternest remembering Cryan allies who sat ramrod and unsmiling amid clanking silverware.

Cryan wasn’t one of them. He clapped and sat in rapt attention through Sweeney’s speech about social and economic justice and the core values of the Democratic Party and bolted out of his chair to again grab affectionately at Sweeney. 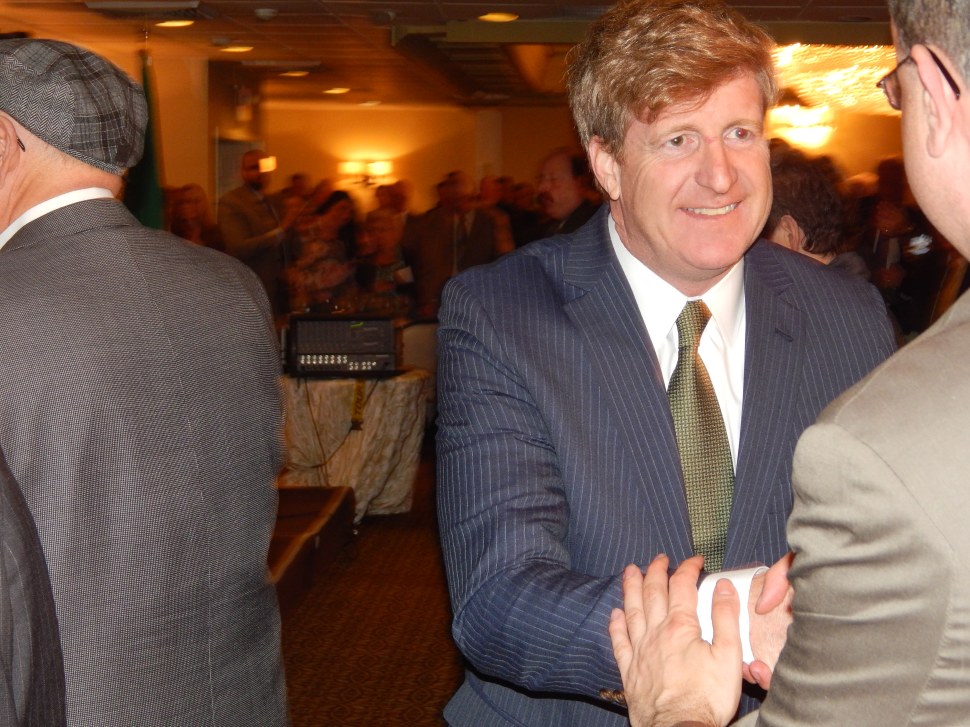 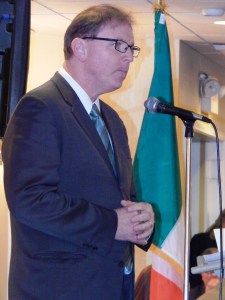 A resident of Brigantine for the last two and a half years who’s building a family there, Kennedy, squired in by faithful old friend Kenny Lucianan of Passaic, gave Gopal’s event a twist of political glamor. Gopal once worked in his office. “You can see, I did not have preferential treatment for Irish only,” Kennedy cracked at the microphone before regaling the crowd with a steady sprinkling of anecdotes and reflections.

“When I moved here I said the only way I would get active again is in support of my wife, when she runs for governor,” said Kennedy.  When Christie heard that and told a fellow Special Olympics advocating Kennedy cousin, the Republican governor dropped “a few f-bombs,” according to the former congressman, and demanded to know why he was going around telling people his wife would run for governor. “He’s got a good sense of humor,” Kennedy told his cousin, who had told him the story.

Giblin retired to a corner of the big, packed ballroom and held court. Seven-hundred people attended the event. Marlboro Mayor Jon Hornik was in the room. So was Essex County Freeholder Lenny Luciano.

“The Irish love politics,” said the veteran assemblyman, “And not being a blowhard, we’re good at it.”

So is Gopal, Sweeney noted. “He’s turning Monmouth into a Democratic County,” the Senate President said of the county party chairman.

Republicans would disagree. Monmouth County Republican County Chairman Shaun Golden beat Gopal’s slate last year and appears in fighting shape in an off year, but the chairman here again conveyed his capacity to fill a room with engaged partisans,  in this case at an event capped by a standing ovation for Giblin. 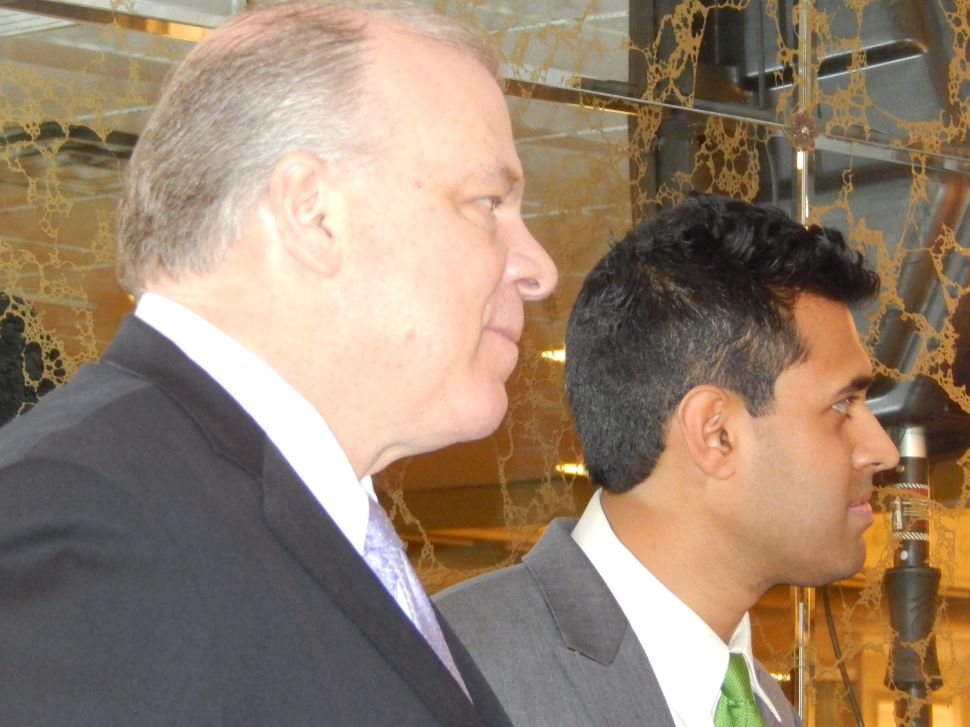