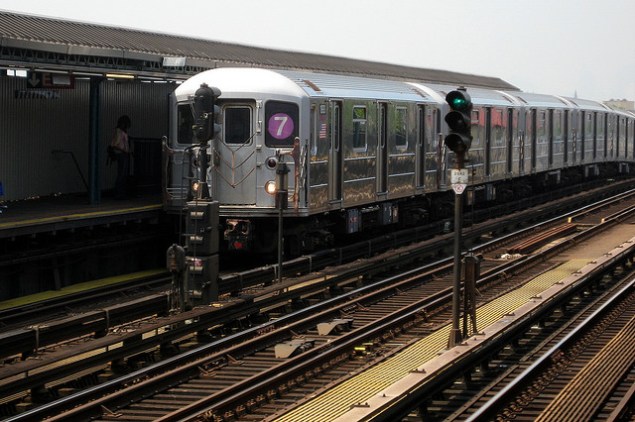 As we shiver into the spring (temperatures lately have been about 15 degrees below normal), some New Yorkers are just denying it’s cold and just walking around poorly dressed, The New York Times reports.

Ferries are something like puppies and ice cream (charming, but without much straightforward utility), so perhaps we shouldn’t be surprised to see the “me too” phenomenon. But as minor as ferries are likely to be when it comes to solving the city’s transit woes (we might better to look to the subways overflowing at all hours of the day), we still thought it was clear that they were intended to improve accessibility to places where people actually live. Now, however, Brad Lander, Rep. Nydia Velazquez, Assembywoman Jo Anne Simon, State Senator Daniel Squadron and Council members Steve Levin and Margaret Chin are pushing for improved ferry access to Governor’s Island, Capital New York reports. “Unfortunately, access is dramatically limited for Brooklyn residents, while Manhattan residents have daily access five days in the off-season and seven in the summer,” Mr. Lander told the website. Well, yes, but why can’t they just go to Manhattan?

On the topic of charming, if unlikely dreams: the Lowline unveiled ideas that schoolchildren had developed for its design which, according to The Wall Street Journal, included a candy apple stand and a glow-in-the-dark golf course. Which actually sounds a lot more practical than directing enough sunlight underground to allow for photosynthesis.

Onto our actual transit system rather than imagined transit system… the MTA knows that service has been sucking, Crain’s reports. “We recognize our service is not where it needs to be,” senior vice president of subways Joseph Leader said at an MTA board meeting.

And the opening of the 7 train extension, once planned for the end of 2103, has been pushed back until at least July, The New York Times reports. “Officials had said the new station would open in the second quarter of this year, but on Monday conceded it would probably occur in the third quarter. They are still working to complete ‘integrated testing’ of ventilation fans, third-rail power, a public address system and elevators and escalators, among other components.”

In other sad news, Don Draper couldn’t afford his sexy sunken living room on Park Avenue in 2015, Gothamist concludes. Instead his price range would be more a studio in Midtown or the Financial District.

Meanwhile, Crain’s reports that neighborhood tensions are heating up around the Rabsky Group’s application to build a series of 10-story towers in Broadway Junction. Many in the area, which underwent a recent rezoning intended to encourage denser development in transit-rich locations, want taller buildings and more affordable housing, and allege that the rezoning favors the Hasidic community over the neighborhood’s blacks and Latinos.

In Windsor Terrace and Kensington, everyone is mad about the new LED street lights the city has installed, which are environmentally friendly but far more harsh for humans than the old sodium vapor lights, according to The New York Times. “It feels like I’m in a strip mall in outer space,” one woman complained. Soon, we’ll all be in outer space strip malls as the city is planning to make the switch in all its street lights.

In Astoria, local dissatisfaction has coalesced around a 100-year-old tree cut down by the city, according to DNAInfo. But the Parks Department says that tree showed signs of rot.

Corcoran is the latest brokerage to slap Compass with a lawsuit, according to The Real Deal. The lawsuit seeks $1 million in damages and alleges that the start-up “brazenly and unfairly” raided key Corcoran offices.

Finally, Robert Durst has been denied bail in New Orleans, The Times reports, after the judge found, not unreasonably, that he was a flight risk, given his penchant for, well, fleeing. 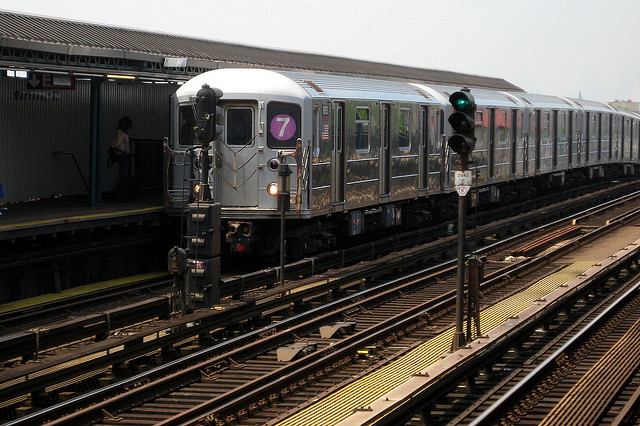