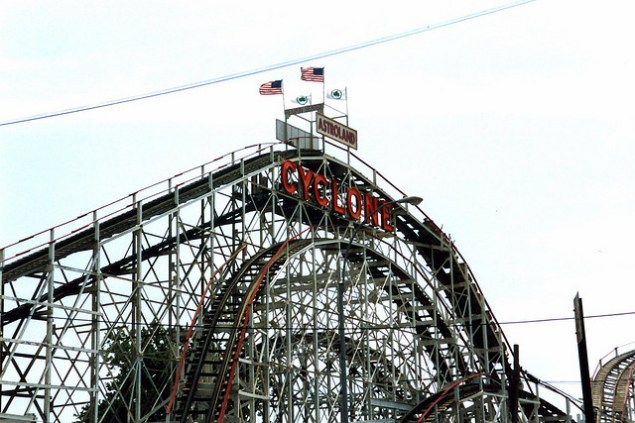 In Mamaroneck, the owners of a house only 10 feet wide are attempting to claim a spot for it on the National Register of Historic Places, The New York Times reports. The house is notable given that unlike many skinny houses built out of spite to aggravate a hated neighbor, Mamaroneck’s is a testament to the friendship between African American homebuilder Nathan Seeley, who abruptly lost everything during the depression, and his Italian immigrant neighbor, who gifted him the narrow spit of land that once ran between their two properties.

The middle class having been leaving for decades, but now even the homeless shelters are being gentrified out of Manhattan: the Clinton Family Inn, a homeless shelter in Hell’s Kitchen, is closing at the end of June, according to Crain’s. “Hell’s Kitchen has changed so dramatically. Residents can’t wash clothes, buy food. They can’t function in the area anymore,” said Ralph da Costa Nunez, who runs the operator of Clinton Family, Homes for the Homeless. Most of the shelter’s homeless from other boroughs anyway, he said, given that they’d been long ago priced out of Manhattan if they ever lived there at all.

Park Slope doesn’t have much in the way of lower or middle-class residents anymore, either. But should those few who remain resent and hate their yuppie neighbors, who brag about locking in a three-year lease on a $5,000 a month apartment? Gothamist has some answers for a neighborhood native who finds herself seething in rage and unable to make friends with any of the local parents.

In related news, NYCHA has been quietly selling off greenspace to developers even before launching its latest deal, a Daily News review found, ratcheting up what had previously been a here-and-there process in recent years: “since 2013, they’ve sold off 54 plots with 441,000 square feet of public land to private developers, records show.”

Chinatown, meanwhile, the last largely ungentrified neighborhood south of Central Park, is showing signs of change as well, according to The Wall Street Journal, with a number of luxury real estate projects going up around the neighborhood’s edges. “Chinatown is probably one of the last swaths of neighborhood that hasn’t been completely developed,” says one broker, then goes on to describe all the things that would make it attractive to development.

Hell’s Kitchen, Chinatown and Park Slope are obviously bull’s eyes for developments, but even Jackson Heights is too expensive for one watch repairman, profiled by Gothamist, who is having trouble affording his retail rent of $2,000 a month.

Remember the sort of snoozy listing photos of Lauren Bacall’s apartment in the Dakota? Turns out that Bacall’s decorating tastes were anything but snoozy and Curbed has compiled interior shots of her apartment from the Bonhams’s auction catalog. To be fair, it would have been difficult for a stager to recreate the flair and density of antiques in the late actress’s apartment…

If you’d like to see an antique lover’s apartment in the flesh (or the gilt?), interior designer Howard Slatkin just listed his on Fifth Avenue and 102nd for $10 million, according to The Times.

Well, it snowed again on Saturday and the seasonal re-opening of Coney Island’s rides brought terror rather than joy on Sunday: the Cyclone got stuck at the top of a hill and the dozen passengers on the rollarcoaster had to be evacuated by walking down the track, according to The New York Times. Inauspicious! Worse yet, it was only the roller coaster’s second time out that day, though a representative from Luna Park said that it was an isolated mechanical incident that would not be difficult to fix.

And then there was the abrupt and not really explained shutdown of Citi Bike from Friday evening to Sunday morning, as also reported by The Times. Maintenance was the reason and while we sympathize—one doesn’t want to end up like the Cyclone, after all—it’s unclear as to why routine maintenance couldn’t have been announced in advance. We suspect some poorly timed software work. 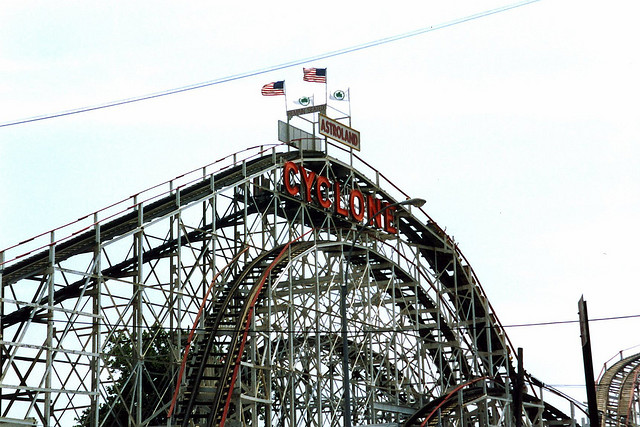