Outgoing REBNY president Steve Spinola: not so enthusiastic about any regional plans. The pro-development leader of the real estate lobby absolutely believes in building more, higher and denser in New York Ctiy, but when it comes to the Long Island suburb where he lives, he’s just like any other NIMBY-type, Yimby reports. Naturally, Brooklyn should be doing it’s part to solve the affordable housing crisis, but asking Long Island to do the same?

One might therefore be forgiven for thinking that a neighborhood that actually wants taller, denser development is a myth. But as Crain’s reports that Broadway Triangle is just such a place—though Hasidic developer Simon Dushinsky’s Rabsky Group isn’t accommodating local demand for bigger buildings at his 777-unit development. Built on a two-block site that was recently rezoned residential, some locals claim the rezoning discriminates against nearby blacks and Latinos by giving preference to those living in a heavily-Hasidic community board, leaving out the other two community boards that edge the area.

Developers often tout the broad economic benefit of their projects, but a new report covered today in The Wall Street Journal finds that California’s high housing costs (the state’s average home price is $440,000, or 2.5 times the national average) are hampering its economic development. However, the state report also attributes the high costs to the slow pace of development in coastal cities. In San Francisco and LA, the supply of new housing grew 20 percent between 1980 and 2010, compared to 54 percent nationally.

What’s the inside of Jay Maisel’s studio/mansion 190 Bowery look like? Curbed has photos of the former bank’s interiors, which RFR plans to turn into condos and which will probably not, in the future, ever look anything like it does now again, no matter how many “nods” to the past the architect inevitably incorporates into the development.

Speaking of mansions, Park Slope’s Tracy Mansion, a former Montessori school, which made its boasty market debut some time ago for $25 million, has finally sold, but for $9.5 million, according to Brownstoner. Still an impressive sum, of course, though there is something distinctly embarrassing about getting less than half one’s asking price.

Not subject to such shame: Orlando Bloom, who found a buyer for his $5.5 million Tribeca apartment just three days after listing it, according to the New York Daily News.  Mr. Bloom, himself no stranger to paparazzi attention, was said to be unhappy about the globs of fans and paps surrounding 155 Franklin after Taylor Swift bought the penthouse.

Depressing news to go with the chilly temperatures this morning (isn’t it out supposed to be out like a lamb, March?): beloved late-night spot Yaffa Cafe, which closed last year, will be replaced by a Portuguese tapas place, according to Gothamist: “because the world East Village needs more sockless men gesticulating over a gram of food at 4 in the afternoon.”

Last of all, Hoboken is the hipster capital of the world, according to one website, highlighting the idiocy of all such pronouncements. 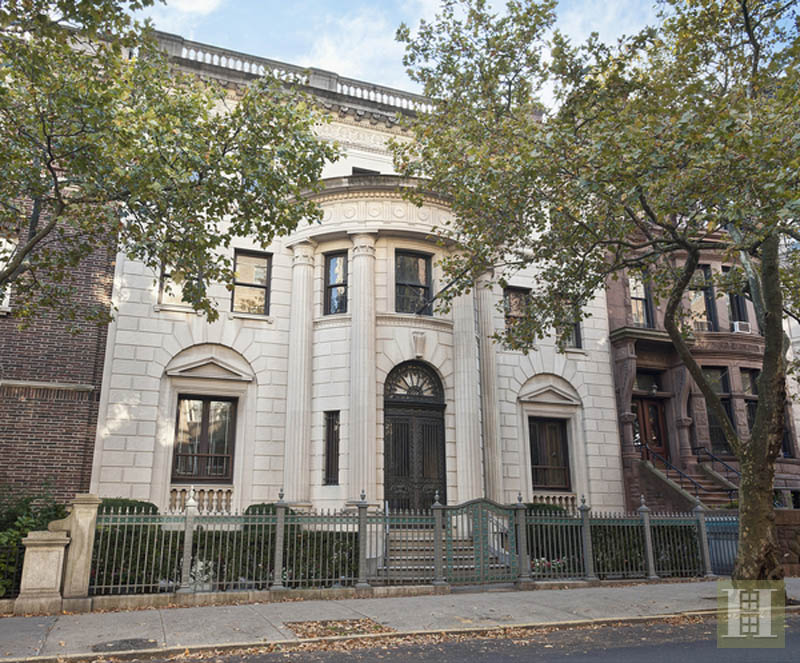