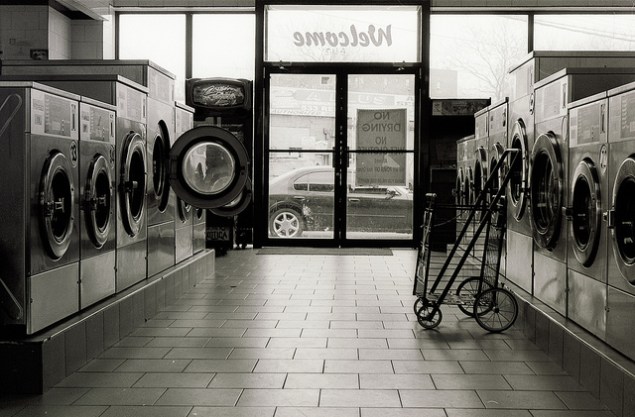 Is One57 cursed? Now that a few people are actually living in One57, it seemed like the days of construction drama were done, but The Wall Street Journal reports that the developer has been hit with a stop work order after a large piece of plexiglass fell 22 stories, hitting two parked cars. This is, also, the third time this year that plexiglass fell off the building. Which a spokesperson for Extell and contractor Landlease seems to think is no big deal: “Glass is not falling from the building nor are windows falling from the building… This was a straight piece of Plexiglas, not glass related to the curved facade, which became dislodged.”

Laundromats, as has long been felt if not proven, are a vanishing breed, Crain’s reports. The city had 2,570 laundromats as of February, a ten percent drop over the last decade, though it’s not clear if an increasingly coddled city population is leading the shift to wash and fold, or if they’re being forced to use such services as local laundromats disappear. Certainly, though, gentrification is playing a role: “Laundromats literally used to be on every block in the city,” Eastern Consolidated’s James Famularo told Crain’s. “Rents are just drastically too high for a laundromat to pay.”

Yesterday, REBNY released a study which found that 5,500 affordable apartments in nine projects would never have been planned were it not for 421-a, which Crain’s reported on. It did not, however, look at how much each affordable unit cost the city in lost tax revenue, or if alternate models of affordable housing subsidy may prove more effective.

Other programs of questionable efficacy: after Sandy, the state bought up thousands of waterfront properties damaged by Hurricane Sandy, including 147 on Long Island that will be auctioned off May 19 and 20, according to The New York Times. But the properties, though clearly susceptible to hurricanes, are likely to be bought by contractors and developers who will start the same cycle again.

A cabbie has been fined $1,000 and received a 30-day suspension after refusing to take a Wall Streeter and his pregnant wife to Park Slope via the Brooklyn Battery tunnel, DNAInfo reports. 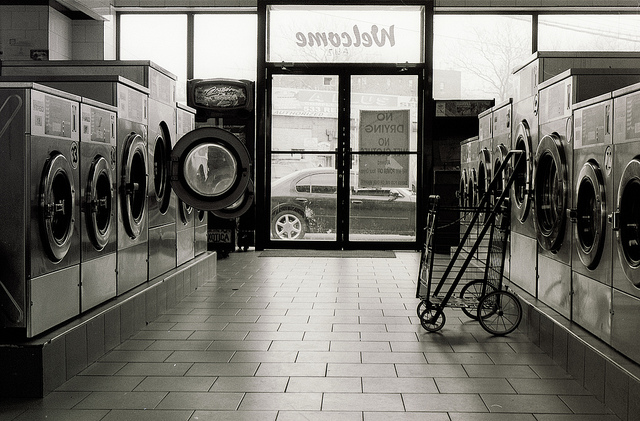