If you’ve ever wondered what sort of things talk show host and actress Oprah Winfrey collects and fills her apartment with, not only is a Chicago auction house pulling back the curtain but it’s giving the public a chance to buy it.

Leslie Hindman Auctioneers will auction off items from Ms. Winfrey’s private collection—many from her Chicago Tower apartment—on April 25 in the single-owner sale “Property From the Oprah Winfrey Collections.”

The sale will feature over 500 lots of paintings, prints, drawings, furniture, decorative arts, and memorabilia. Some highlights include works by Francis Coates Jones, Hovsep Pushman, and Albert Bertalan, an Austrian Giltwood Cartel clock, and a Jorg and Olif bicycle.

All of the proceeds will go to the Oprah Winfrey Leadership Academy Foundation, which supports the South African school for girls founded by Ms. Winfrey.

“We are thrilled that the proceeds will go there,” Colleen Gleason, director of the estates and appraisals for Leslie Hindman, told the Observer. “It’s a great foundation that means so much to her.”

The auction house hosts more than 60 auctions annually and has sold items from some of the most recognizable historic places in the city, such as Chicago Stadium and Comiskey Park. A preview exhibition of the sale will run from April 16 though 24. 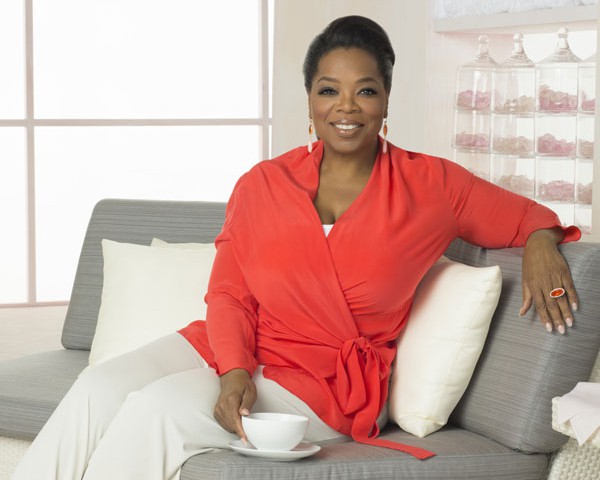