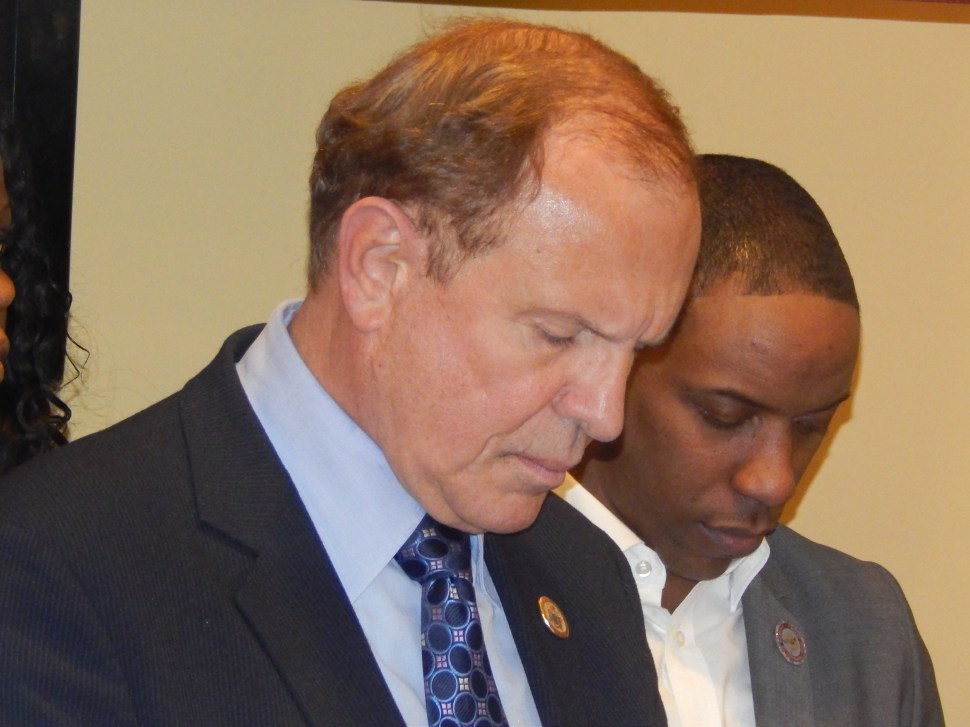 TRENTON — It was borderline pure pandemonium at one point, a racket of raised voices and gavel-banging that elicited a few gasps and some groans from lawmakers and onlookers gathered on the Senate floor during their voting session here today.

At issue was SCR158, a Senate resolution to “strongly urge” rejection of a move by Gov. Chris Christie’s to settle with Exxon Mobil for $225 million on a series of environmental damage lawsuits for natural resource damages at Bayway, Bayonne and other New Jersey oil refineries and sites earlier this month.

At odds were two leading party Senators, each arguing for or against the measure’s passing: state Senator Kevin O’Toole (R-40) versus one of the bill’s primary sponsors, state Senator Ray Lesniak (D-21).

Lesniak, who’s been one of the most vocal critics of the governor’s move to settle the lawsuits for “just pennies on the dollar,” first stood to defend the resolution, arguing the issues is “not just about money” but about “the quality of life that god created and Exxon has destroyed.” Others on his side of the aisle stood to echo the plea, such as state Senator Bob Smith (D-19), who called the final settlement figure — billions short of a sought after $8.9 billion — “literally outrageous.”

Things quickly got heated. O’Toole soon after rose to deliver an impassioned plea for careful circumspection of the matter, going on for over 20 minutes about the legality of meddling in judicial proceedings (the settlement is scheduled to be considered by a Superior Court judge in the coming weeks, and Democrats hope the resolution will convince him to reject it) and the potential to jeopardize the state’s Natural Resource Damage program, through which its claims against Exxon were handled over the last several years.

O’Toole, recalling the first time he heard the song “Video Killed the Radio Star” by the Buggles aired on MTV, likened the resolution’s effect to the lyrics of that song, which told of the music station’s impact on radio and popular culture.

“Much like the exec of MTV today, we are voting on a resolution to kill … the NRD program as we know it,” O’Toole said, adding later: “Idon’t want to be like MTV and be the video that killed the radio star.”

He said that opposition to the settlement has been advance by some lawmakers “merely for cheap, theatrical, political hits”, with Lesniak’s name clearly implied, and asked if the legislature could “potentially expose” itself to an ethics violation by interfering in judiciary proceedings.

“You want to talk about violating the independence of the judiciary?” he asked. “You’ve got it here.”

O’Toole also took a shot at Lesniak’s potential plans for a gubernatorial run in 2017 — or at least seemed to.

“I understand so with so many eyes turned to 2015 and 2016, there is an interest to throw political car bombs,” O’Toole added. “But we need to do our due diligence.”

When finally finished, Lesniak stood up to return the argument — then dropped a rhetorical bomb that immediately sent the room into a frenzy.

“Senator O’Ttoole sounds a lot like Mr. Baroni when he tested on the lane closures on the George Washinton Bridge and said it was a traffic study,” Lesniak scoffed, referring to the former Port Authority official who was forced to resign from his post in the midst of the scandal.

“I thought I was respectful. But to point that out is a disgrace and he should be reprimanded,” O’Toole cried.

Lesniak said he was “frankly offended.”

“All i know is I’ve been elected to represent the people of New Jersey,” he said, before recalling the days he used to fish with his father around the Bayonne area. 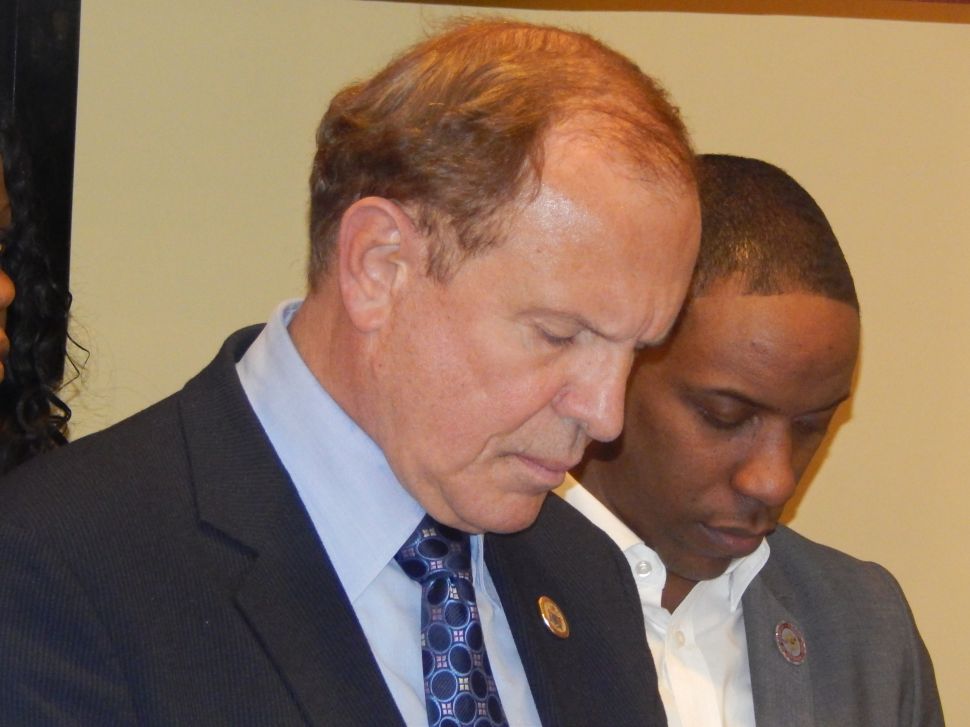