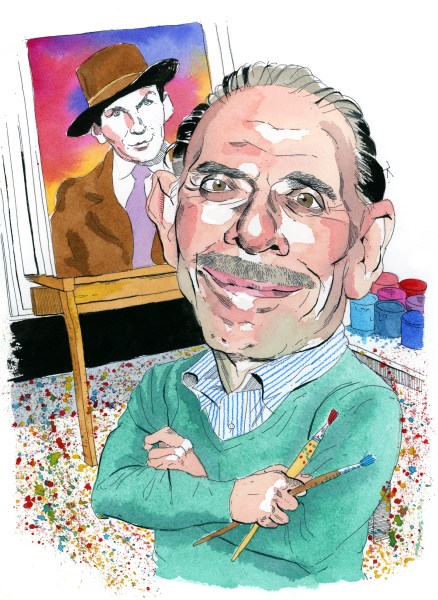 Peter Max dresses like his paintings. Earlier this month, at his Upper West Side studio, he had on a bright ensemble of green corduroys, a red sweater over a violet button-down, red Saucony sneakers and socks flecked with orange, turquoise and dark blue. Sitting on a red couch, he reminisced about his childhood in Shanghai and his many celebrity pals. Mr. Max is now 77, the number of paint jars, it turns out, he keeps under his drawing table, which he recently put to use for the centennial celebration of Frank Sinatra’s birth; Mr. Max’s paintings of Sinatra are on view at Lincoln Center until September 4.

Did you know Sinatra, whom you just painted 47 times? One day I was at the Met and a guy comes over to me and says, “I’m your biggest fan.” I said, “Oh, thank you, thank you,” and I couldn’t figure out who he was. He looked familiar, like maybe someone I’d met, right? And before I know, somebody says, “Mr. Sinatra, can I get an autograph?” I became good friends with him. He told me he had 33 of my paintings.

It’s intriguing that you were friends, since he seemed like such a tough guy and you seem pretty open. I’ve been friends with everybody—James Dean; Elvis Presley; Jimi Hendrix and I were best friends before he made his first record deal. I met the Beatles. Marlon Brando came up to me many, many years ago. He wanted me to do a little doodle for him on the back of an airline ticket.

What did you draw? A little heart. 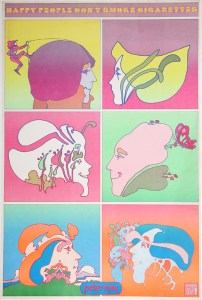 Your parents moved from Berlin to Shanghai when you were about a year old. What did you take away from China? I grew up in Shanghai ’til I was 10 or 11, with one year in Tibet. When I was 5 or 6 years old, the American radio station came to Shanghai, and I used to love bebop and jazz, but I didn’t know where it came from.

That’s pretty sophisticated stuff for a young boy. Oh yeah, I loved it. I asked my mother, ‘What is this?’ She said, ‘I don’t know.’ It took me days or weeks to find out that it came from a country called America. And now I’m in America and I’m one of the most famous artists in the country.

You were born Peter Max Finkelstein. Did you drop your surname because you didn’t want people to know you were Jewish? No, why would I hide that?

Your family fled Nazi Germany. No, no, no, I just thought Max was a cooler-sounding name. Peter Max was always my name, and I’ve used it since I was in kindergarten.

You moved to Bensonhurst in the early ’50s, but you seem to think of America like an outsider. No, America’s in my blood. I’m more American than anything else. I grew up in China, but I was fulfilled at a young age by American music. It was my biggest inspiration.

Do you play any instruments? I dabble in jazz piano. I make up melodies, just like when I paint. I never know what I’m going to paint. I just make it happen.

Did you ever want to be a musician instead of a painter? No, but I wanted to be an American. And I’m here now, and I can’t believe it.

The gray-ish album cover you did for the boogie woogie pianist Meade Lux Lewis really stands out among your paintings. It’s very drab. That was one of my first projects. I studied realism when I was in art school. I was a realist; I wasn’t into these colors yet. 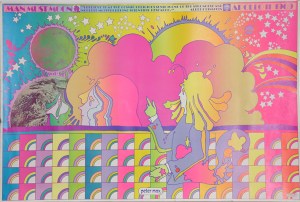 You opened one of the first yoga centers in the United States with Swami Satchidananda. Is it just coincidence that there’s a yoga studio in this building? It happens to be a coincidence. I met Satchidananda in Paris one day. I asked him if he would come to America, because all of us in America were smoking pot, taking LSD, and really what he had was the philosophy without the drugs.

Your work is associated with psychedelia. Do you think it might have encouraged people to do drugs? No, no, my thing was always yoga. Drugs was a period we all went through, but yoga is what I got into.

Do you still do yoga? Yeah, man, you’re talking to a full-blown yogi. It’s in my breath; it’s in my heart. If I wasn’t an artist I’d be a swami right now with a full-blown beard. 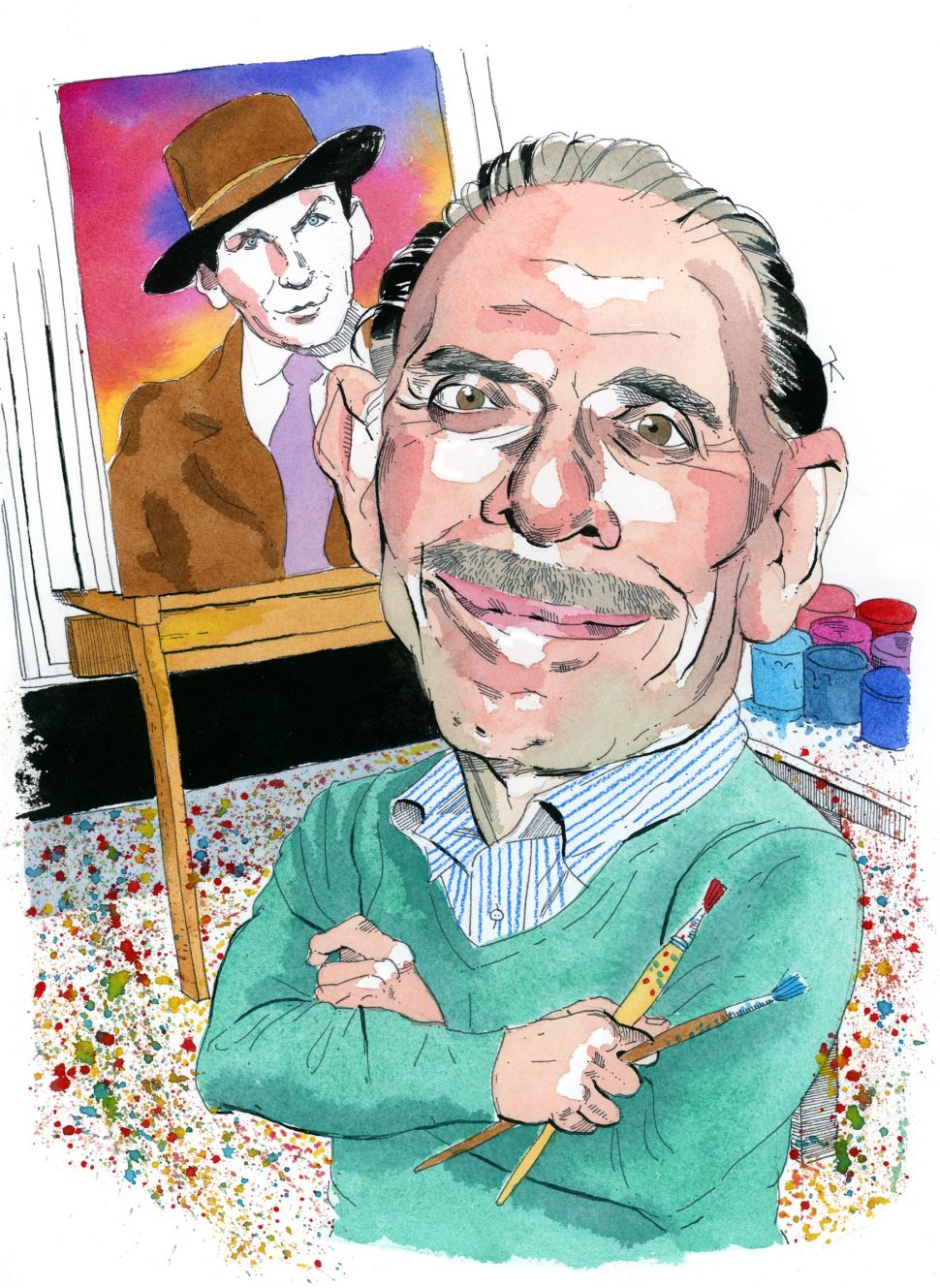