Jackson Pollock is best known for splattering, dripping, and throwing paint onto canvas. No one would think that he’s a regular Julia Child in the kitchen, with a fondness of making blueberry blintzes and concocting the perfect onion soup. Until now.

Photographer Robyn Lea discovered Pollock’s recipes among his belongings in the house he occupied with his wife, fellow painter Lee Krasner. The book includes over 50 recipes scribbled by Pollock, his wife, and his mother on loose paper. These were often circulated among close friends, because apparently Rothko and de Kooning couldn’t make lunch to save their life.

Lea visited the Pollock-Krasner House and Study Center many times to take pictures of the location.

“Being a foodie myself, I was innately drawn to their kitchen and pantry,” Ms. Lea said.

The center had already accounted for 16 of Pollock’s recipes, including potato pancakes and his bread recipe, but Ms. Lea decided to investigate Pollock and Krasner’s kitchen further.

“We found dozens more, stuffed inside the front and back covers of their recipe books and inside the pockets of a small New York Times recipe file from 1942,” Ms. Lea said.

One of the finds included a copy of the Boston Cookbook which dated back to the 1950s and included a prescribed diet to treat Pollock’s alcoholism. (Sigh, that didn’t exactly work.)

Ms. Lea has since compiled the recipes into a book, complete with mouth-watering photography of the dishes, candid snapshots of Pollock’s former home, and over 100 illustrations. The recipes are simple, post-war favorites made with traditional ingredients, but they also pack a lot of flavor. For practical reasons, Lea has updated some of the recipes to take into account modern appliances and other practical aspects of cooking in 2015.

“For Jackson, food was a defining characteristic of his relationship not only with Lee, but also with many key people in his life,” Ms. Lea said.

The spiral-bound volume, titled Dinner with Jackson Pollock: Recipes, Art & Nature, is available for pre-order from Assouline and will be released on April 1.

Check out some of Pollock’s recipes below: 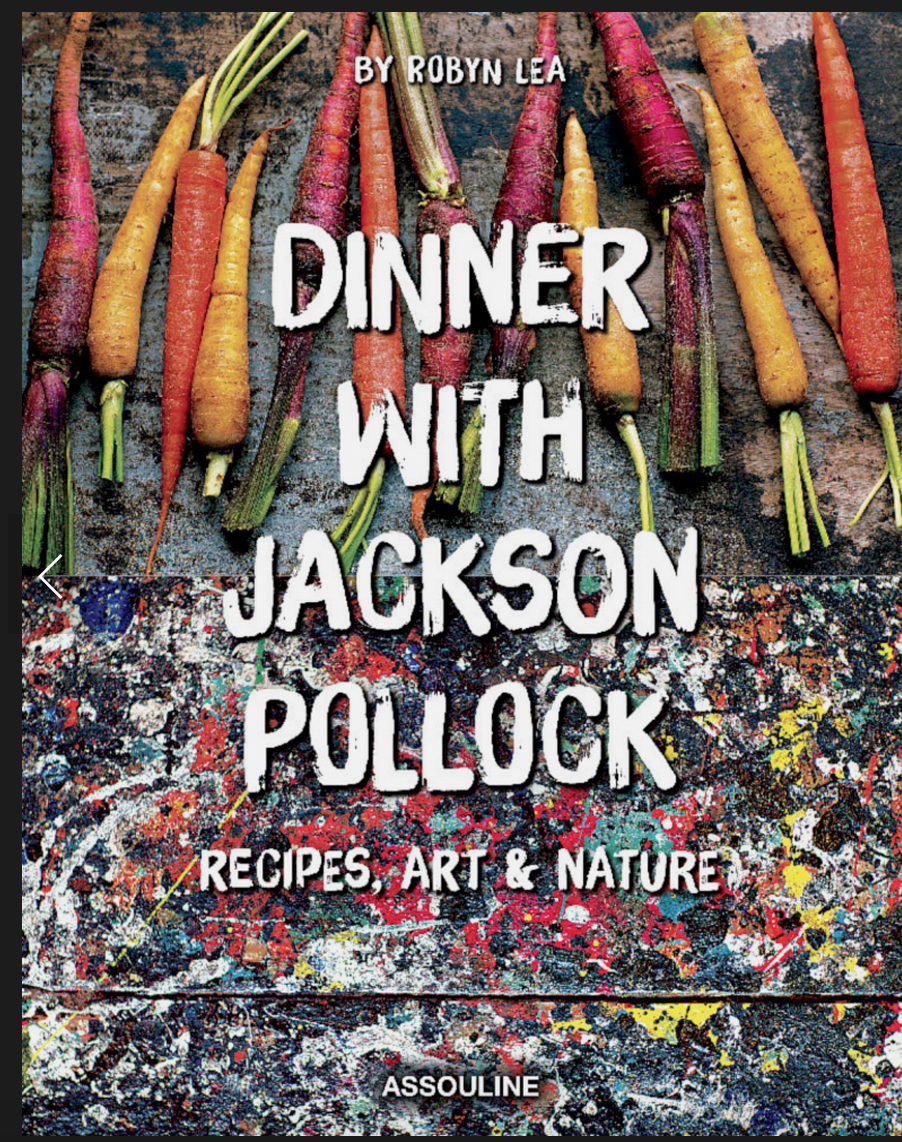