Councilmen Corey Johnson and Benjamin Kallos, fellow Manhattan Democrats, demonstrated with tenant groups ahead of the first 2015 meeting of the Rent Guidelines Board—and the announcement of three new de Blasio appointees to the nine-member panel charged with setting the annual increase for the city’s roughly one million rent stabilized apartments.

The Democrats chanted “fight, fight, fight, housing is a right” and “What do we want? Rollback!” with members of the Metropolitan Council on Housing and the Flatbush Tenants Council. Mr. Johnson and Mr. Kallos insisted that increasing property values, atrophying tenant wages and declining fuel costs justified a first-ever decrease in rents at regulated units.

“If you look at all those profits, landlords’ profits, and operating costs, tenants deserve a rollback,” Mr. Johnson said. “Year after year, even if there should have been a freeze or an adjustment in a very low way, landlords got major increases. This year, we’re calling for a rollback.

Mr. Johnson, like most of the protesters, could not name a precise percentage rent decrease that he believed would be appropriate. He called for careful review of costs and wages, and argued that the facts—and the liberal philosophy of Mayor Bill de Blasio’s administration—were consistent with a significant cut.

“We’re just looking at the numbers. The numbers don’t lie!” he said. “For years, the Rent Guidelines Board has been stacked against tenants, and in the favor of landlords. This mayor, with his appointments last year, has begun to even the composition of the board, and I’m hopeful today, given his principles and his stances, that we’re going to get a fair Rent Guidelines Board.”

The panel already consists of six de Blasio appointees, and last year voted for a one percent rent increase—the smallest in city history—despite the mayor’s campaign call for a rent freeze.

Mr. Kallos was more aggressive, arguing that the board should slash stabilized rents by as much as 10 or 20 percent citywide, due to past rent increases outpacing inflation.

“We’ll actually need a rollback to get us back to where we belong!” he told the crowd.

The two tenant members of the board also attended the protest.

“We need to look at the facts and roll back the rents for the tenants of New York, at least a few percentage points,” said Harvey Epstein, an East Village resident that former Mayor Bloomberg placed on the board three years ago, and whom Mr. de Blasio reappointed last year.

“We’re looking at the data, and this year, we’re going to be calling for a rollback because that’s what the data calls for,” she told the Observer.

This story has been updated to correct the name of Ms. Garcia, who was initially misidentified as “Sheila Epstein.” 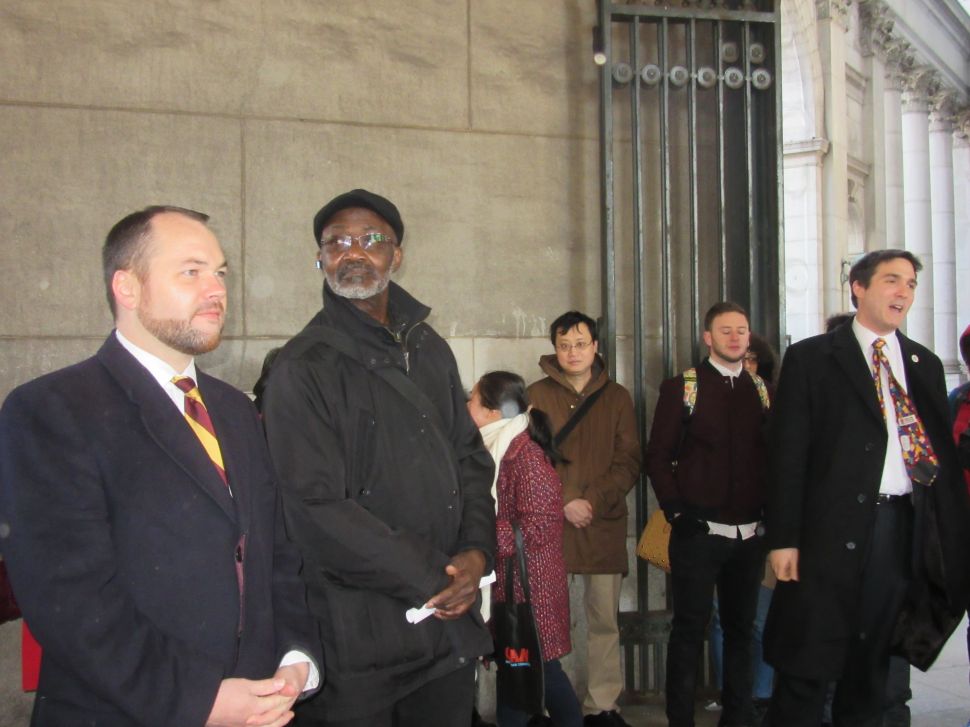