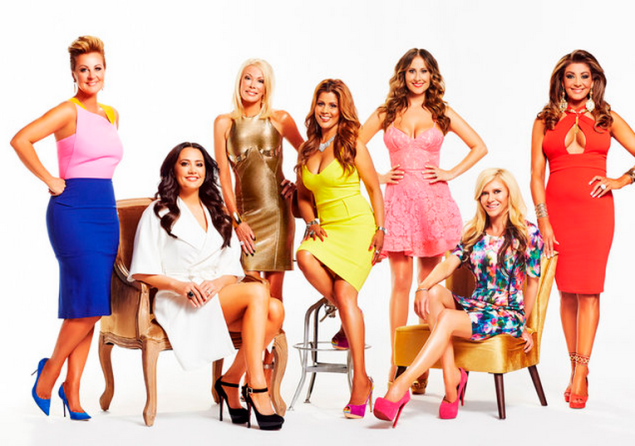 The Real Housewives of Melbourne Season 2 premieres Thursday at 9 p.m. Ms. Gillies is third from the right. (Photo: Bravo)

Rich housewives viciously fighting with each other in the name of reality television might seem like a uniquely American phenomenon. But on the other side of the world—Melbourne, to be exact—it’s happening, too, only the women have names like “Chyka” and “Pettifleur,” and one is said to have real psychic powers.

Seated across from me at NBC Universal’s 30 Rock headquarters, clad in a short green dress and heels not exactly suited to New York’s arctic winter, Jackie Gillies explained how she knew all along that The Real Housewives of Melbourne would make it big in the U.S.

“Season 1, before we started filming, [I said] this show would be prime time and no one believed me,” the RHOM star, who also works as a professional psychic, told me. “I said it would happen.”

Last year, Bravo tepidly aired the show’s first season on Sundays at noon—”church-going time,” as Ms. Gillies put it. But with the show’s rise to cult fame, that won’t be the case for Season 2, which premieres this Thursday at 9 p.m. If my predictions are correct, Ms. Gillies and her co-stars Down Under are poised to join the pantheon of Bravo legends à la Lisa Vanderpump, Sonja Morgan and Caroline Manzo.

Ms. Gillies—known for her positive mantra, “Shine, shine, shine!”—was thrilled to be visiting New York for the first time this week. She was joined by her adoring musician husband, Ben, who that day was chivalrously toting Ms. Gillies’s fur coat. “He’s my coat bitch,” Ms. Gillies said playfully.

All joking aside, though, those who don’t believe in true love should spend an hour—or even just like, five minutes—with Ms. and Mr. Gillies. They periodically paused throughout our conversation to kiss, or play with each other’s hair. It wasn’t even nauseating—just cute. 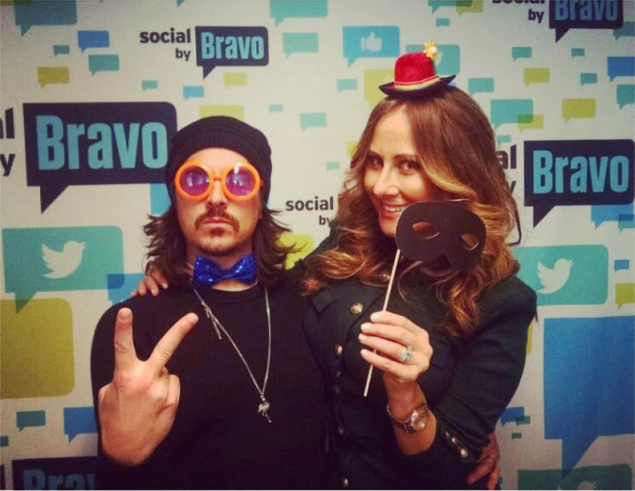 We started by discussing Ms. Gillies’ psychic powers; apparently, when she meets someone, she immediately gets visions of their past, present and future. It becomes “very consuming” to absorb people’s energies all day—a problem Ms. Gillies solves by going to the bathroom a lot.

“I’m always going to the toilet a million times a day,” she said. “That’s how I get rid of people’s stuff.”

Yes, Ms. Gillies is always this straight-forward—onscreen and off. Viewers can totally tell if a Housewife is being fake, she said.

“I couldn’t pretend to be somebody else, even if I tried,” she said, adding, later, that the show is 100 percent not scripted.

“She’s mad as a cut snake,” Mr. Gillies supplied. A “cut snake?” I asked. Is that Australian slang?

“If you cut a snake it would be pretty upset,” he said, flailing his arm around in the air to demonstrate.

“I keep telling him he should do acting,” Ms. Gillies said. (While we were on the topic of Aussie slang, I also clarified another term Mr. Gillies had used last season. A “G-banger,” in case you were wondering, is a thong.) 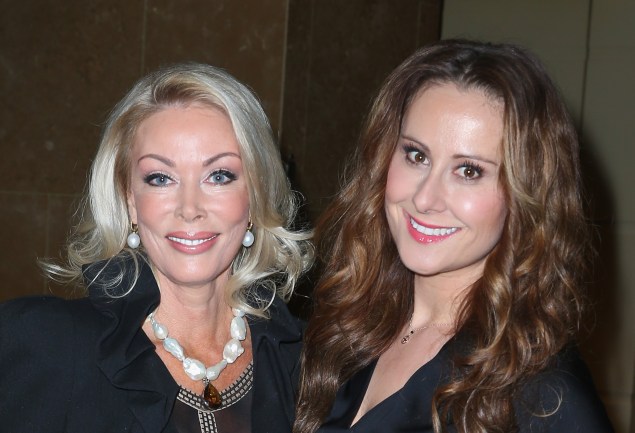 But back to Ms. Gillies’s relationships with the other Housewives. How are things with Gina, I asked? The last I remembered, Ms. Gillies stormed off the reunion set over an argument with Gina about the use of the C-word. Gina had apparently criticized Jackie for using the word, when—as it was revealed at the reunion—Gina had used the word herself.

“It’s good, we are cordial, we talk,” Ms. Gillies said. “We don’t have any negativity towards one another.”

She just “cannot stand it” when people lie, she said.

“I will go off on the drop of a hat if I know someone is not telling the truth,” Ms. Gillies said. “And that’s the one thing that really upsets me, is when people lie.” 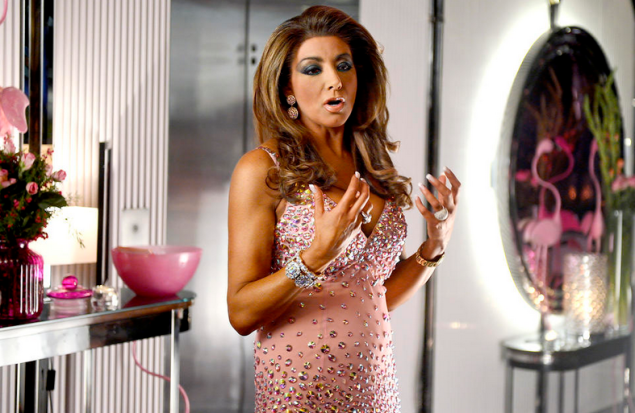 As for clues about Season 2, Ms. Gillies can’t say much. We know that Housewife Andrea Moss won’t be returning, and that newcomers Gamble Breaux and Pettifleur Berenger will be joining the cast. In regards to one of the new cast members, Ms. Gillies hinted, “there’s something that comes up with someone’s past.”

“Janet kind of gets the blame,” Ms. Gillies said. “What people don’t see is [the new Housewife] asked Janet four times what these rumors were, and [Janet] came and told her exactly what was being said, it’s like, don’t shoot the messenger.”

When she’s not grappling her way through Real Housewives drama, what does Ms. Gillies do in her down time, we asked?

“Ben’s always been private,” Ms. Gillies said. “Not that he’s negative—he’s not about that—just that he has very loyal friends.”

On the flip side, “I’m always inviting everyone back to my house,” she said, “because I like everyone always eating and drinking.”

But the couple also likes to go away—sometimes, interestingly, without a destination.

“One thing we love to do is to have no plans, but just jump in a car, or jump in a plane and go somewhere,” Mr. Gillies said.

One time their adventures led them to a remote back-packers’ lodging, where travelers from around the world were sitting around, smoking and—wait for it—racing crabs.

“We were so excited,” Mr. Gillies said. “We bid on like three crabs.” 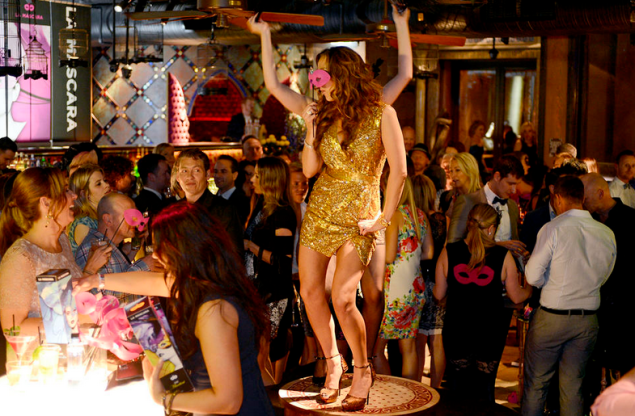 The couple is still working away on La Máscara, the beverage company that, without the help of Ms. Gillies’s angels, might not have gotten off the ground. They currently have five products in stores across Australia, and have plans to bring the drinks to the U.S. They’ve also created a Top Model-esque webseries where they recruit a new face for the La Máscara brand, which I hope is as fun as that time they tried to find burlesque dancers for the La Máscara launch party.

Why, we asked the couple, did they think Americans loved watching Australian Real Housewives so much?

“I think we need to shake things up,” she said. “I think some of the shows are becoming a bit stale.”

I told her I’d totally watch her on Beverly Hills.

“I’d be watching it too, darling,” she said. “Let’s see what happens.” 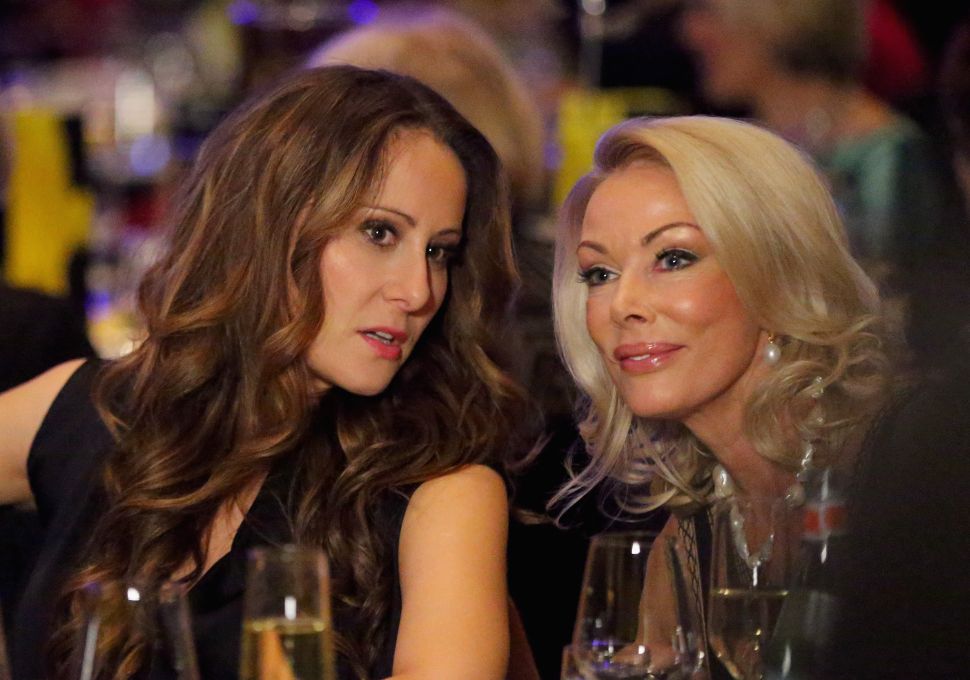