In an upcoming Broadway comedy, opera superstar Renee Fleming plays a temperamental diva flouncing around the glamorous, swanky world of 1957 New York. And in a nod to the mid-century setting of the show Living on Love, some tickets in all areas of the theater are available for its first three days of previews at the Longacre Theatre, April 1-3, for $19.57 each (on Telecharge or at the box office).This is a considerable discount given that the top price for seats to the show, and on Broadway in general, is running at about $150.

In the play, written by Tony winner Joe DiPietro, the opera star is miffed when her husband, a maestro played by Donald Sills, falls for the pretty young woman ghostwriting his (largely fictionalized) autobiography. Renee’s character, Raquel De Angelis, counters by bringing on a good-looking scribe of her own, Jerry O’Connell. There’s also a winsome pomeranian, Trixie.

The show premiered in summer 2014 at the Williamstown Theater Festival, where critics dubbed it, fairly unanimously, a delightful farce. DiPietro’s previous works include Memphis, which won best musical in 2010, and I Love You, You’re Perfect, Now Change, which ran for five years in New York.

The production, set to run until early August, promises: “Sparks fly, silverware is thrown, and romance blossoms in the most unexpected ways.”

Who knows who will end up with whom? 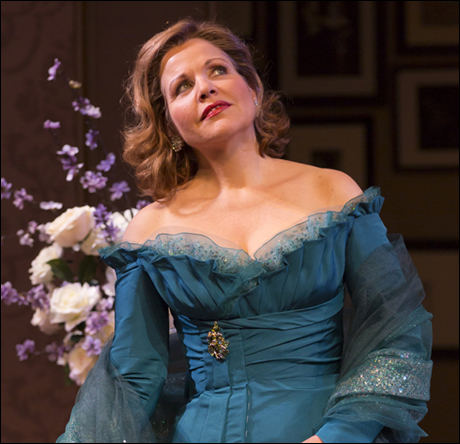