“There’s good parts of Obamacare,” Mr. Donovan told the Observer at a campaign event in Annadale this morning. “Keeping children on [parents’] insurance policies until they’e 26 years-old is a good thing. Not allowing insurance companies to reject a policy owner for preexisting conditions is a good thing.”

Referring to the House GOP’s budget proposal, which calls for a full repeal of Obamacare, Mr. Donovan said there are “parts of the budget that may not be good” and parts of Obamacare that may good. Mr. Donovan went on to knock the House Republican proposal for partially privatizing Medicare. (He did not criticize breaking up Medicaid into block grants for the states.)

“Not keeping our commitments to people we’ve already shaken hands with, people who have paid into the Medicare program, people who are depending upon that–we made a promise to those people and we have to keep that,” he continued. “If there’s any changes that would affect benefits, that should be done for future participants. Not the people we already made a commitment to.”

The last representative of the open Staten Island and Brooklyn-based House seat, Republican Michael Grimm, took a much harder line against Democrats and Obamacare, calling at one point for a full repeal of the healthcare program. Mr. Donovan, who appears to be a more moderate Republican than Mr. Grimm, limited his criticisms of Obamacare to how individuals have not been able to choose their own physicians. (Mr. Grimm resigned in January following a guilty plea to a federal tax evasion charge.)

But Mr. Donovan’s Democratic opponent, Councilman Vincent Gentile, ripped him yesterday for not distancing himself enough from the House Republican budget. Republicans control both chambers of Congress, though the proposal is expected meet fierce opposition from Democrats, and even some Republicans, in the House and Senate.

Mr. Donovan was on the campaign trail today to unveil reforms for the Federal Emergency Management Agency, under fire again for their handling of insurance claims following Hurricane Sandy. A recent “60 Minutes” report detailed allegations that private insurance companies denied flood insurance claims to thousands of Sandy victims due to fraudulently altered engineering reports. FEMA was not accused of fraudulence, but was responsible for overseeing the private insurers.

Mr. Donovan proposed a series of reforms, including a requirement that home inspections be conducted by a FEMA agent or FEMA certified engineer, and have video or photographic documentation. Mr. Donovan said homeowners should sign affidavits detailing the damage and FEMA should eliminate penalties to the insurer for “overpaying,” in an effort to eliminate the incentive to under report damages. 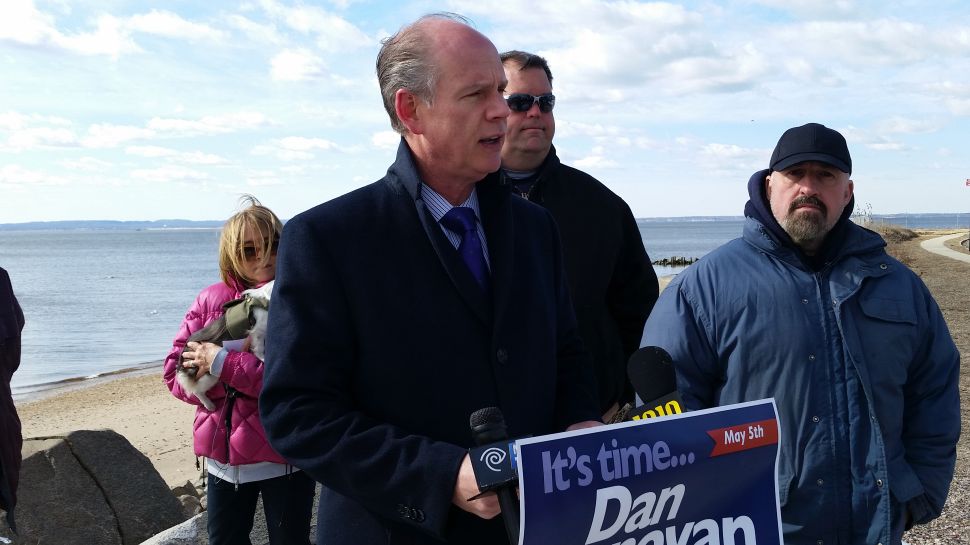