“Imagine Ted Cruz traveling to the Bronx where there is a grassroots army of Black and Hispanic Evangelical Christians who are just like him—and who have been ignored by every Presidential candidate,” Mr. Diaz wrote today in one of his periodic e-mail blasts to constituents. “Imagine Ted Cruz coming to the South Bronx where there are many of Hispanic Evangelical Churches that are willing to stand together for liberty—to encourage us and let us know that he is one of us.”

Mr. Diaz, a conservative Democrat and pastor who has previously endorsed Republican candidates (including failed gubernatorial contender Rob Astorino), said he is “extending an invitation” for Mr. Cruz to join the New York Hispanic Clergy Organization for its Annual Ministers Banquet on April 18, and “bring with him the gift of hope.”

Mr. Cruz announced his presidential bid at Liberty University in Lynchburg, a Christian university founded by televangelist Rev. Jerry Falwell. In his speech, he asked people to “Imagine millions of courageous conservatives rising up,” a theme Mr. Diaz borrowed in his “What You Should Know” missive.

“Imagine Ted Cruz coming to the South Bronx where there are many of Hispanic Evangelical Churches that are willing to stand together for liberty—to encourage us and let us know that he is one of us,” Mr. Diaz wrote. “Imagine Ted Cruz being willing to break another rule and come to the South Bronx to show his respect for our Black and Hispanic communities, and also to break bread with our Evangelical leaders.”

In addition to his socially conservative views, the flamboyant Mr. Diaz is also known for his penchant for cowboy hats—which would perhaps help Mr. Cruz, who represents Texas, feel more at home in the South Bronx.

Mr. Diaz’s son, Bronx Borough President Ruben Diaz Jr., had a bit of a spat with Mr. Cruz when the Texan knocked the Bronx while discussing immigration.

Like many GOP presidential contenders, Mr. Cruz may not pull a ton of votes from New York City, but he is looking to the Big Apple to raise cash—he met with Sheldon Adelson among others in November. He also has not been shy about reaching out to religious groups: on that November trip, he spoke at Mort Klein’s Zionist Organization of America dinner. 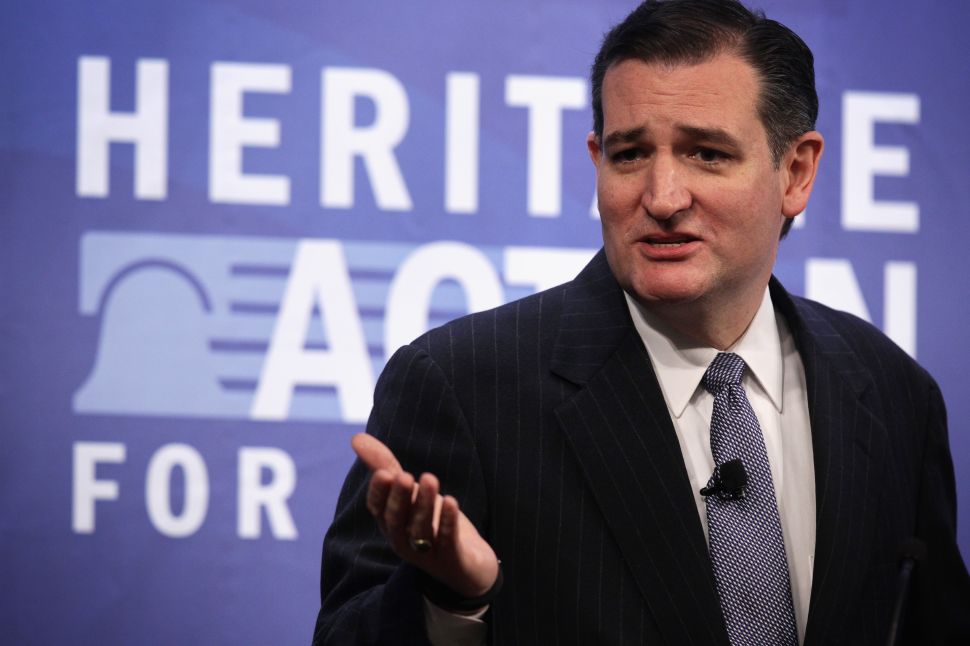