The. Wait. Is. Finally. Over. Drag Race is back, finally, apparently having been delayed due to Michelle Visage’s turn on UK’s “Celebrity” Big Brother. Unfortunately since this episode ends up featuring three (!) runways, we only have very visceral impressions to go by. But fortunately—since this is Drag Race—there’s no shame in being shallow and judgmental. A few queens already stand out:

For a few years now, production seems to have a habit of having the frontrunners enter the werk room first. Last year Bianca Del Rio and Adore Delano were the first members of their respective groups to arrive, ending the season as winner and runner-up respectively. The year prior, Detox was the first one in the room. Given her stage performances she seemed destined for the finals but by her own admission she choked pretty badly throughout her season.

This year it’s Miss Fame who is first to arrive. Despite describing herself as “classic-chic fashion model” she saunters in basically wearing a toned-down, dark-blue version of Vivacious’s exit outfit. Fame might have the best makeup skills we’ve seen on the show to date but that alone surely isn’t enough to win.

Ginger Minj, bless her heart, comes in short and squat but all smiles. There’s a bit of Latrice Royale’s comfort in her own skin mixed with Alyssa Edwards’s willingness to be the butt of a joke, just so long as people are laughing and having a good time. Both those queens ended up universally beloved and with good reason. Describing herself as a “glamour toad,” Minj is already a clear frontrunner for Miss Congeniality.

Max came in straight from Oz, rocking a flat accent that had been the Hollywood  enunciation of choice once upon a time. It’s a smart choice for her character, but possibly a little too subtle for people to get. There was a tiny bit of shade when Miss Fame took Max’s entrance newspaper, tore out a piece, and demonstrated how to use the page to wipe down one’s face. It could have been taken as being domineering and stepping on toes, but one wants to give Fame the benefit of the doubt and ascribe the faux-pas to exuberance.

There was a concern that Pearl would be too cool for school, given her persona and off-the-charts insane makeup skills. Instead she walked in with a black chinstrap, serving Lincoln realness, before muttering “Sup?” in her butchest voice. She clearly knows how to turn it on, and bitch knows how to turn it off.

Self-identified superfan Sasha Belle seemed to be cast for the story angle, having studied the show and therefore knowing what it takes to win. If only it were that simple. Her entrance was a yawn and it’s completely unclear who her character is supposed to be. That puts her in the realm of the Phoenixes and Alisa Summers of yore. Or maybe of yawn. No, that’s not funny. Of yore.

With her grotesque clown makeup, Trixie Mattel certainly wins the honors for the most extreme look we’ve ever seen for the show. Last season Bianca knew enough to tone down her Bozo/Joan Crawford look. It’ll be interesting to see if Michelle Visage gets what Trixie is going for, or if Visage will demand that Trixie tone it down and basically redo her entire aesthetic for no reason other than to accommodate Michelle. You’d think that Visage of all people would understand that not everyone can do “pretty.”

Finally special mention must be made of my CCCP sister, Katya. Her “Meet the Queens” video was clearly the funniest one, and she seems to have the versatility between looks and humor to go far. On the other hand, quirky can sometimes be a problem for Drag Race contestants so who the hell knows.

After all fourteen queens arrive, the boring Kandy Ho (hum) bluntly asks the mature Tempest DuJour how old she is, to which Tempest can only reply with “How old am I? Really?” and is still gobsmacked later in the confessional (“Who the hell does that???”) Now for me, this is pretty much enough to discount the camp-queen Tempest immediately. Love her energy, love her enthusiasm. But if you’re going to be on a show where throwing shade is literally one of the events, and if you’re going to be competing based on your comedy skills, how the hail are you not going to have a comeback to such an obvious question? Off the top:

* Not as old as your style

* You’re about as funny as Lineysha Sparx. Too bad you’re not as pretty as April.

When the opening credits rolled, the best possible news came with them: yes, it’s true, Santino and his no-drag-knowledge mouth will no longer be on the judging panel. Instead we have Ross Mathews and Carson Kressley. I can’t speak for Carson, but anyone who loves Tammie Brown as much as Ross does clearly gets the art of drag.

Unfortunately the rest of the episode feels very rushed. Not only do the queens have to walk a runway in both a fall and a spring look, they also have to construct a “nude illusion” tearaway for the final runway. The highlight of the former was Violet Chachki’s dress that inverted to another dress. The girl understands the spectacle of drag, and rightfully was named the episodes’ winner. One low point was when Visage criticized Violet’s naked runway as looking too boyish. I mean, it’s not as if “boyish models” doesn’t have close to 500,000 Google results, right? Once again Visage is completely unable to judge a queen on the queen’s own terms.

In the end, it was Tempest who was left to lip-sync against Kandy. To no surprise, Kandy knew how to shake her Ho ass. And Tempest? Well, here’s what she looks like while dancing. (Why don’t these queens take dance lessons once they’re cast? It’s like going on Survivor and not learning how to make fire, I don’t get it.) Hopefully next week we can get to know the girls a bit better. Yes they can rock a dress, but it’s the personality that’s been bringing home the crown ever since Season 4. 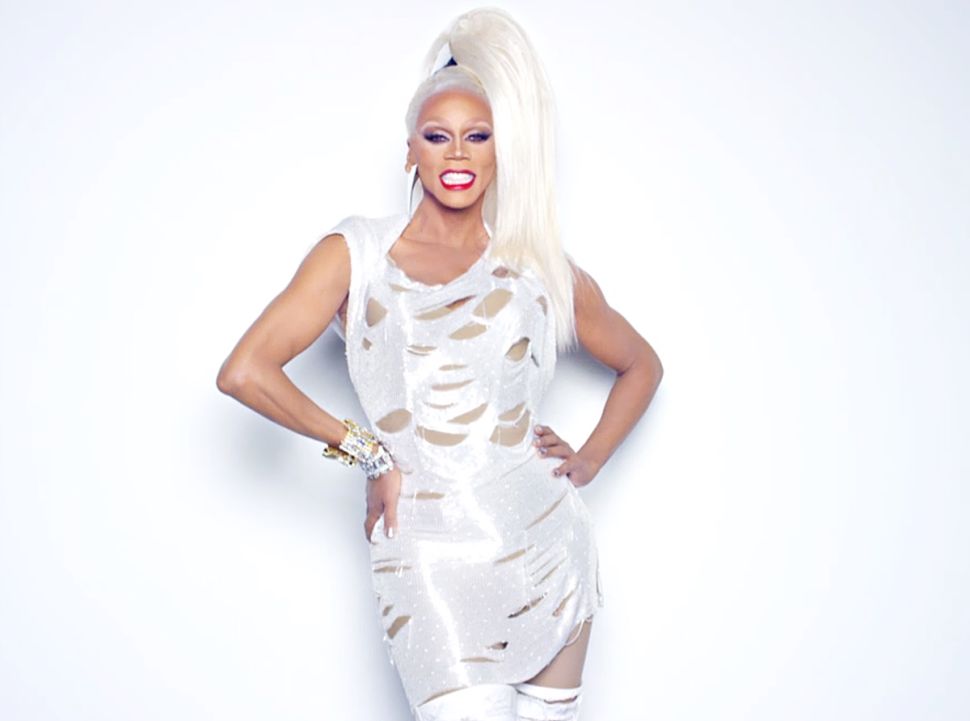