Prime Minister Benjamin Netanyahu was not the only Middle East leader to take a road trip this past week. And despite all of the hoopla about “the speech,” his was probably not the most important message being delivered.

More important, although much less sensational and therefore much less covered by the press, was the visit of King Abdullah of Jordan to his newly crowned counterpart in Riyadh. And then there was the visit, several days later, of Abdel Fatah al Sisi, the president of Egypt who also met with Salman, the new king of Saudi Arabia.

After the formalities were dispensed with, the real business at hand began. And in each of those meetings, like Netanyahu in Washington, one important topic was under discussion: Iran. Then came ISIS. It is hugely important for the United States to understand that when it comes to these sensitive subjects, Israel does not stand alone. Jordan, Egypt and Saudi Arabia are all also the sworn enemies of both ISIS and Iran.

These meetings—by Middle East leaders, rulers to be more specific, held in the region itself, were extremely important. Jordan, Saudi Arabia and Egypt are all part of the coalition against ISIS. And yes, all three have strong relations with the United States. But more than anything else, both these two monarchs, as well as the Egyptian president, are all in the cross hairs of ISIS.

They all know that ISIS wants to take over their countries. And they are keenly aware that there are already individual people and organized groups inside each of their countries who are affiliated with ISIS and with al Qaeda. The violence is growing and it is reaching critical mass.

Each leader came with the same plan in mind. In the course of their meetings, the two kings and the president agreed to increase their cooperation against ISIS even outside the coalition. They have no choice. They agreed to step up and strike ISIS and al Qaeda, to support one another and to share information. We know all of this because they chose to leak it to their domestic Arabic press.

They understand that, for them, fighting ISIS is a battle of survival. Abdullah and Salman know very well that in order for their reigns to survive they must defeat ISIS.

We also know from official sources that the Egyptian/Saudi conversation was very straight forward. Egypt wanted to make certain that the new king, like the Abdullah, the previous king of Saudi Arabia, continues to support him both politically and monetarily. And both countries needed to make certain that they share intel on terror and Islamic extremists. From information and leaks, we know that they decided to create a joint force to confront the new challenge from ISIS in Iraq and in Syria and to control the tension emerging from Libya and Yemen.

Add Jordan to the mix, and we now have a move to unify Arabs against the ISIS threat. That’s big news.

In the beginning the collaboration will probably be limited to intelligence and training. But if successful, the links will grow and these countries will actually help each other on joint missions on the ground and from the air.

Salman and al Sisi and Abdullah need to work well together—a move to unify Arabs against the ISIS threat. There is no other option. What they do and say will have tremendous impact on the rest of the Arab world. They can convey a sense of stability—or not. They can create a sense of mission and vision and draw people away from ISIS—or they will fail and their monarchies will be in tumult.

Egypt and Saudi Arabia and Jordan all come with essential powerful and important skill sets. Saudi Arabia is the richest, Egypt is the most populous, Jordan has one of the highest adult literacy rates in the region at 97 percent.

They all have clout. The only way to defeat ISIS or to defeat Iran is if the Arabs in the neighborhood actually work together. And now. They finally see these new threats as serious challenges to their very existence—and they are now strategizing on how to confront it.

We should wish them luck. 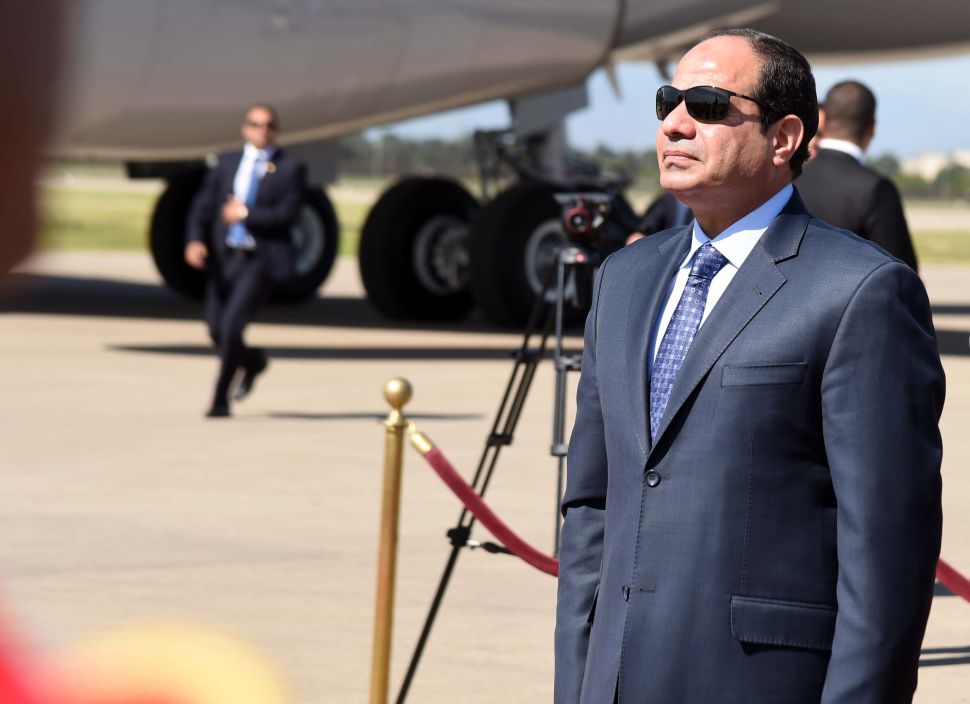