Attorney General Eric Schneiderman today refused to take a firm stance on the Cuomo administration’s policy of deleting all emails after 90 days—which has existed for years, but went into effect across all state agencies last month after an email system upgrade.

Mr. Schneiderman, speaking to reporters at an unrelated announcement in Manhattan, said he was looking into calls by State Senator Liz Krueger and other good government advocates for state accounts to save emails for seven years, noting that he serves as counsel to all the executive branch departments. The official accounts of state employees under Mr. Cuomo’s authority now automatically purge all messages after three months, unless the workers flag them to be saved.

“It’s a complicated issue, we’re monitoring the reform proposals that are underway, and there are issues related to law enforcement investigations and other things, but, you know, that’s why, that’s why you have negotiations and try to work out,” he said. “I think this certainly is a hot issue this legislative session and we’re watching it carefully because we represent the state agencies.”

Mr. Schneiderman characterized the issue as a balancing act.

“While we want transparency we don’t want additional exposure and there are a lot of technical issues involved,” he said.

“That was a policy decision a long time ago. I’m not sure when that was made,” he said.

Mr. Cuomo has maintained that the periodic erasures date back to the Spitzer administration, and that they are in accordance with state regulations.

A spokesman for Mr. Schneiderman acknowledged that his office also deletes email exchanges older than 90 days—a policy inherited from Mr. Cuomo, who instituted it when he was attorney general in 2007. 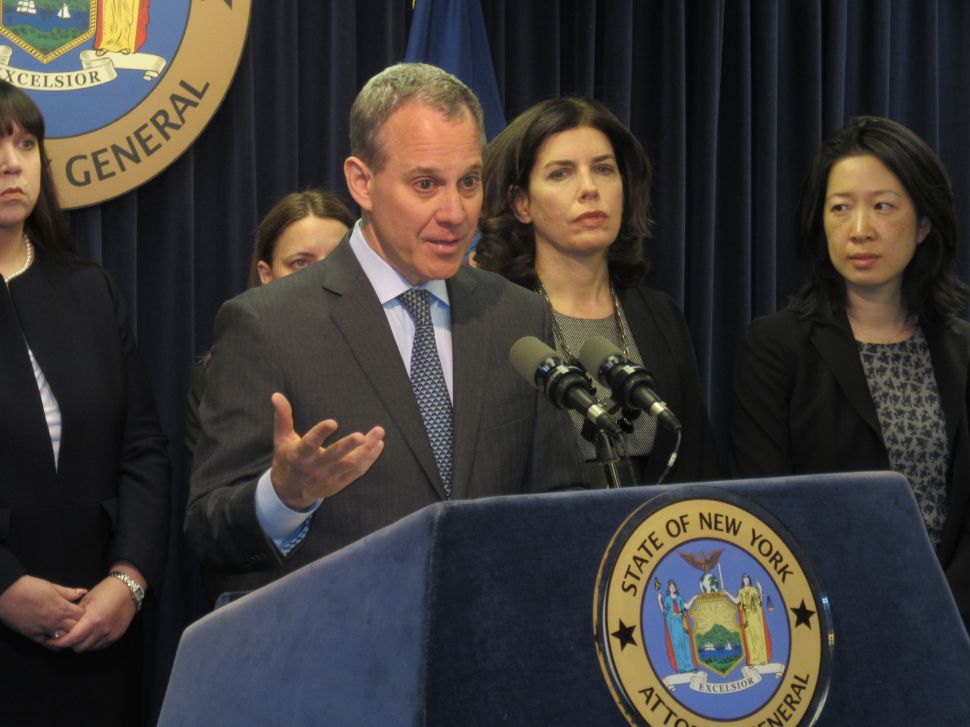