The creator of the Ship Your Enemies Glitter stunt has admitted he was drunk while reporters attempted to interview him about his dubious company.

One point stood out to us: that Mr. Carpenter seems to have been rather intoxicated through much of the company’s early phases of existence.

Mr. Carpenter starts by explaining how Ship Your Enemies Glitter was part of a New Year’s resolution to do more creative projects in 2015.

“Disclaimer: I launched this project whilst I was on holiday,” Mr. Carpenter wrote at the top of the post. “I drink heavily on holidays.” He also notes that he started the project “after recovering from a heavy NYE.”

Mr. Carpenter explained he and a friend were on their way to watch a tennis tournament when he noticed the project was gaining online traction. They turned their car around to go home, but made a special stop along the way.

“Oh, we stopped for alcohol as well because we thought it would make the experience ten times funnier, which turns out made it both entertaining and hilariously terrible,” he wrote.

Once home, Mr. Carpenter and his friend started fielding press inquiries—while drunk. Here’s how he described an interview with ABC:

“I remember an interview I did with ABC over the phone where every other word was either fuck or dicks. I’m 99% sure it was entirely unusable and I don’t think it was ever aired, but hats off to that dude for playing along with what is easily one of the worst interviews he’d ever conducted, and I’d ever given. From then on it was decided that me using the phone was a bit of a liability so we refused any further requests for calls.”

Later, Mr. Carpenter and his friend thought it’d be funny if his friend pretended to be him on the phone with a reporter.

“My friend answers, and then completely freezes,” Mr. Carpenter wrote. “Doesn’t say anything for what felt like eternity before he then just hangs up. That had me in absolute hysterics.”

He also described a drunken conversation with Google:

“They wanted to talk about putting ads on the site and utilising Adwords. I completely broke my promise of answering calls drunk and unfortunately was a bit of a dick on the phone telling them I had to be crazy to throw up some ads. Sorry about that, Google!”

Mr. Carpenter said the next day was rough. “Cue massive hangover,” he wrote. “Cue massive regrets remembering what was said on the phone. Cue remembering I had taken thousands of orders that I wasn’t ready for. Cue no fucking painkillers in sight.”

It’s hard to know what to make of this information.

On one hand, Mr. Carpenter’s drunkenness devalues his assertion that Ship Your Enemies Glitter was a calculated stunt to fool the media. His post makes the whole thing sound less like a planned stunt, and more like a drunken New Year’s resolution that unexpectedly went viral, and became too much for Mr. Carpenter to handle.

On the other hand, it’s also possible that Mr. Carpenter’s drunkenness only further re-enforces the original purpose of his stunt.

In his initial interview interview with the Observer‘s Ryan Holiday, Mr. Carpenter implied that Ship Your Enemies Glitter was designed as a stunt to fool the media—to prove how lazy reporters could be in their quest to churn out viral stories. The fact that reporters took the story seriously, despite Mr. Carpenter claiming to have been drunk during interviews, is perhaps even more shameful for them.

“I made a lot of great contacts with journalists,” Mr. Carpenter wrote at the end of the post. “They’ll probably never talk to me again after all the shit I pulled, but still.” 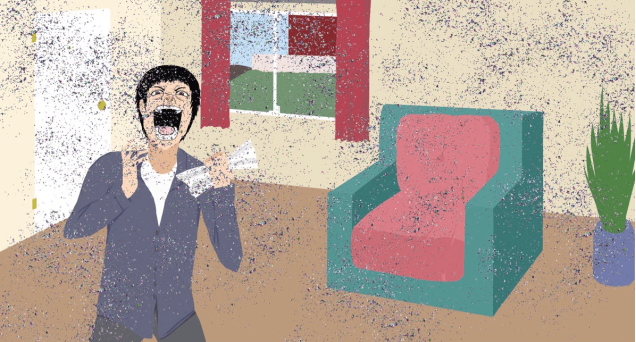