Once spring comes and melts away another brutal winter in the city, New York’s storied museums and younger upstart institutions begin to roll out their blockbuster shows. Here are the seven exhibitions we’re particularly looking forward to; they’re mostly local, with a few destination shows thrown in. And, as always, expect lines.

“Barnett Newman: The Late Work” at The Menil Collection in Houston

Barnett Newman’s father died in 1947, giving the artist another reminder of his own mortality—he nearly succumbed to a heart attack some years earlier. And so he set about working on more ambitious, emotionally titanic, aesthetically gut-busting masterworks. In 1966, he completed The Stations of the Cross,one of this country’s most canonical cultural offerings, and made crucial tinkerings to his practice that resulted in bold new work. He died of a heart attack in 1970. The Menil Collection will focus on this five-year period, and will be the first institution to do so. This is an incredible period for one of the greats. The essential show of the season. (March 27-August 2)

“Basquiat: The Unknown Notebooks” at the Brooklyn Museum

Though he’s associated most closely with the downtown Manhattan streets he tagged—Avenue A, the Bowery, Houston, Grand, etc.—Jean-Michel Basquiat grew up across the river in Brooklyn, in a relatively prosperous household in Boerum Hill. The Brooklyn Museum is honoring his home borough with a show of his notebooks, presented alongside paintings and sketches. (April 3-August 23)

The first Instagrams of the view from the Whitney’s new Meatpacking District digs have started to trickle out, but no one knows exactly what the view of the art will be like. The work in the show is also a bit of a secret: The inaugural exhibition, “America is Hard to See,” will feature works from the permanent collection, with a muscle-flexing kitchen sink approach. And we’re sure it’s going to be wonderful—historic even—but the High Line in May is lousy with tourists. Avoid that entrance. (May 1 and on)

“China: Through the Looking Glass” at the Metropolitan Museum of Art

After showcasing the elegant white tie creations of couturier Charles James last year, the Anna Wintour Costume Center will display a blockbuster show of high-fashion confections based on the history and tapestry of China. Expect gowns by Chanel and Saint Laurent, jeweled and bedecked in jade, and plenty of porcelain. (May 7-August 16)

What could be a better match for the bright, big florals of the work of Frida Kahlo than the New York Botanical Garden? And so the masses will take the train up to the Bronx not for baseball, but instead for a bomber of a show, which will display a dozen of Kahlo’s classic works and even recreate her home and gardens within the park. We hear there will be a very topical and tropical margarita bar on the premises. Salud! (May 16-November 1)

It’s been over 40 years since Yoko Ono staged what was to be her MoMA debut with “One Woman Show.” We say “what was to be” because when visitors arrived at the museum for the opening, there was no show, just a sign informing them that the artist—who had actually not been invited to exhibit—had released a jar of flies in the MoMA garden. There will probably be a few similarly subversive tricks during this show, the first comprehensive retrospective of the artist, focusing on the years of brave performance and installation work leading up to that stunt. Curated by Klaus Biesenbach and Christophe Cherix, the show features 125 works, from her early collaborations with La Monte Young and John Cage to the world-conquering pacifist iconography that she made with John Lennon. “Oh Yoko!” indeed. (May 17-September 7)

An important exhibition, and a big get for the D.C. museum, “Shirin Neshat: Facing History” will present the artist’s unapologetic take on the Islamic world, with the works from her “Women of Allah” series, video installations and two photography series made in the wake of the Arab Spring. (May 18-September 20) 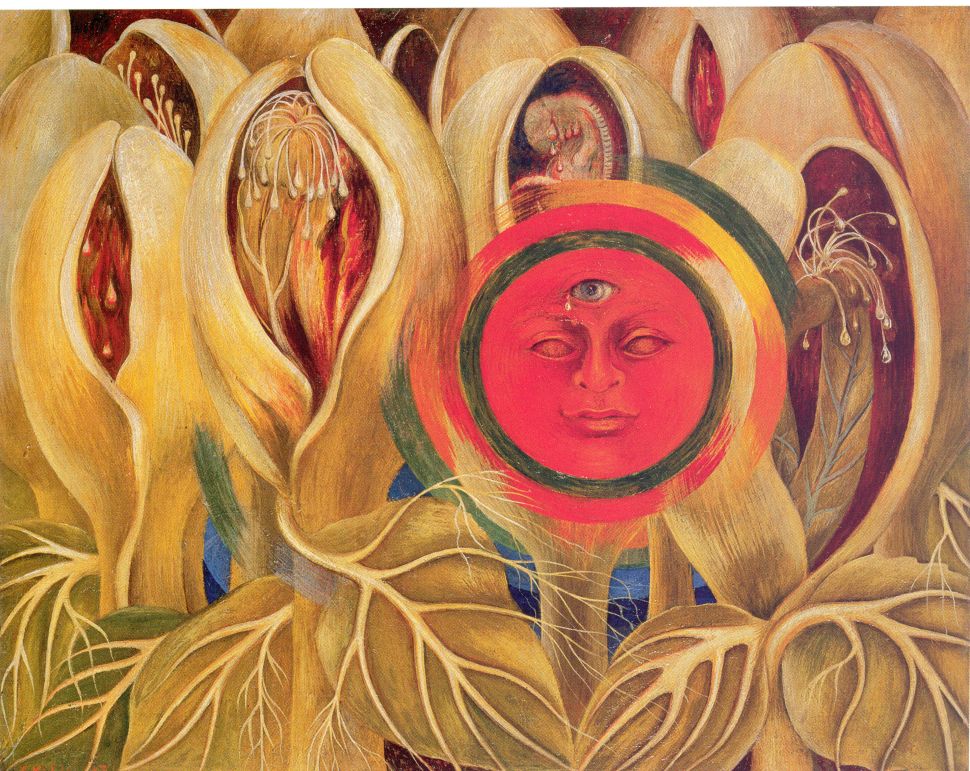