Opera seasons are contradictory creatures, defiant of the laws of nature. The “season” launches just as the year is winding down in early autumn, peaks in the dead of winter, and then peters out just as the trees begin to bud. But even in these traditionally low-wattage months of March through May, there are more than a handful of outstanding opera events to look forward to.

This week, Baroque opera enthusiasts will assemble at the Brooklyn Academy of Music for Handel’s Semele March 4-10, where the attractions will include the shimmering soprano Jane Archibald in the title role of a mortal princess who becomes the lover of the god Jupiter. A much-publicized staging by Chinese visual artist Zhang Huan promises to graft “a centuries-old Ming Dynasty temple … an inflatable puppet, debaucherous monks, sumo wrestlers, and one aroused donkey” onto the ironic classical tale.

From BAM, a few more stops along the G line (to the Smith-9th Street stop, to be precise) takes you to The Gowanus Ballroom, a metal-foundry-turned-performance-space for LoftOpera’s production of Lucrezia Borgia April 3-12. The brother-sister team of Dan and Briana Maury are in the process of reinventing opera for the 21st century, packing the house with hip young crowds with a formula that includes rock-bottom ticket prices, artisanal beer and, oh yes, a gaggle of highly talented performers having at least as much fun as the audience.

Their production earlier this season of Il Barbiere di Siviglia included an onstage barber chair where audience members could get a quick beard trim before the show. For this Donizetti melodrama about the notorious poisoner, any immersive activity will presumably remain nontoxic.

The freshest breath of spring this season is an event I hesitate to classify with so narrow a term as “opera.” R. B. Schlather is directing the Handel opera Orlando for performances in the LES gallery space Whitebox. But the emphasis of the exercise is more on process than product.  From April 8-23, rehearsals will be open to the public and streamed online; this series of behind-the-scenes metadramas the director terms “durational installations of artistic practice.” (You might think of it as a “making of” documentary unfolding in real time.) The culmination, public performances with orchestra and projected English titles, will follow April 24-27.

Since Mr. Schlather has reassembled the production team from his acclaimed Whitebox staging of the same composer’s Alcina last fall, it’s a safe bet this Orlando will be more than just the culmination of a rehearsal process. It may well be the highlight of the spring 2015 as well.

Beyond whatever mild innovations Mr. McVicar may bring to this pair of tuneful melodramas, the primary point of interest here is tenor Marcelo Álvarez, who takes on the daunting task of singing starring roles in both operas: The hotheaded Sicilian home wrecker Turiddu inCavalleria Rusticana and the tragically jealous clown Canio in Pagliacci. Also appearing is the sensation of 2014’s Lady Macbeth of Mtsensk, soprano Eva-Maria Westbroek, in the bravura role of Turiddu’s jilted lover Santuzza.

Leading this program is the Met’s protean Principal Conductor Fabio Luisi, who’ll also helm a brief revival of The Merry Widow April 24-May 7. Those burned by the frankly leaden performances of this operetta earlier in the season should take heart at improved casting across the board, including mezzo Susan Graham as the flirtatious widow, “Barihunk” Rod Gilfry as her on-again, off-again suitor Danilo, and the delicious coloratura soprano Andriana Chuchman as ditzy trophy wife Valencienne.

More noteworthy revivals at the Met this spring include Lucia di Lammermoor featuring the mesmerizing Russian soprano Albina Shagimuratova (March 16-April 10) and a rare performance of the Stravinsky gem The Rake’s Progress conducted by James Levine and including a star turn by powerhouse mezzo Stephanie Blythe as the garrulous bearded lady Baba the Turk (May 1-9).

The return of Verdi’s Don Carlo is notable for the aristocratic, long-breathed baritone Dmitri Hvorostovsky as the idealist Posa. Electrifying young maestro Yannick Nézet-Séguin, who’s just been announced to lead next season’s opening night performance of Otello, offers a preview of his Verdian skills in performances running March 30-April 25.

Just across Lincoln Center, Juilliard Opera will present a production of Mozart’s Le Nozze di Figaro that promises to be stylish enough to efface the unpleasant memories of the Met’s lackluster attempt at this opera last fall. Focus will be on the soprano Ying Fang in the leading role of the clever chambermaid Susanna. (Her brief turn in the smaller part of Barbarina was one of the glimmers of light in that earlier Met outing.) Director Stephen Wadsworth, everyone’s go-to guy for frivolous comedy, does the staging. Performances run April 24-28. 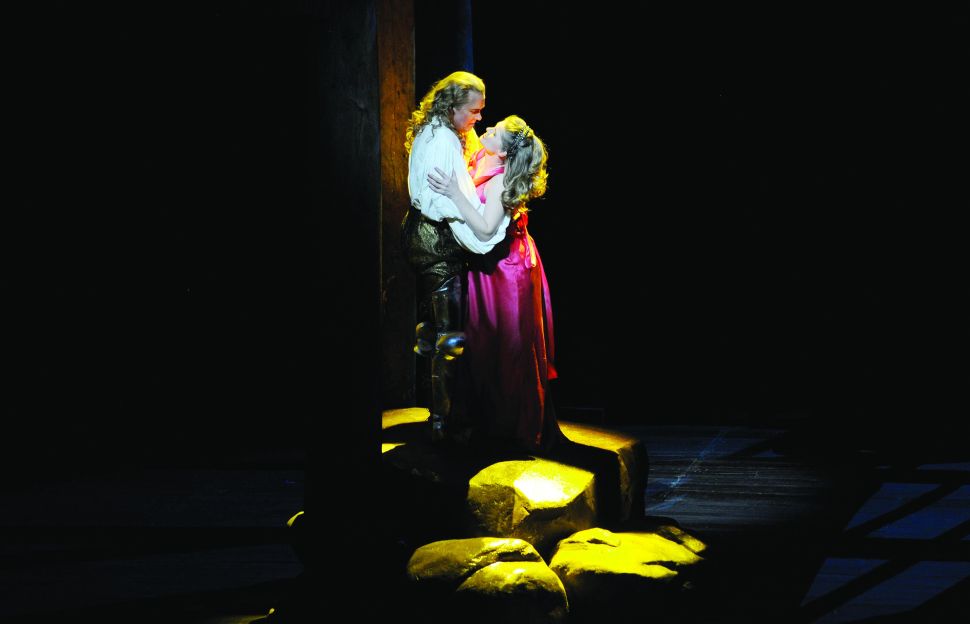