A day after a Bronx city councilman, James Vacca, lent his support to a new congestion pricing plan, a Democratic state senator is coming out in favor of placing tolls on the East River bridges.

State Senator Jose Peralta, a Queens lawmaker, said in a statement today he supports the proposal, known as the “Move NY Fair Plan.” He is the first state senator to outright endorse the plan, which requires the approval of state lawmakers.

“I believe this plan makes sense and is reasonable and fair,” Mr. Peralta said. “I urge Queens residents and all New Yorkers to review the details of the Move NY plan and the many benefits it would provide our city with. In evaluating the plan, other options for additional revenue are unacceptable.”

Proponents say the plan would raise much needed revenue for the cash-strapped Metropolitan Transportation Authority. With few other revenue-raising options in place other than fare hikes, supporters argue Move NY is the only viable option.

Another version of congestion pricing backed by former Mayor Michael Bloomberg failed after Assembly Democrats refused to bring the proposal up for a vote. It’s not clear there’s any appetite among outer borough Assembly Democrats, reluctant to impose new tolls on bridges that have been free to cross for a century, to back Move NY.

But Mr. Peralta’s support is a small step in the right direction for Move NY proponents. A resolution supporting congestion pricing will need to be voted on in the City Council, where backers include Queens Councilman Mark Weprin and Mr. Vacca. Mr. Weprin’s brother, Assemblyman David Weprin, and Queens State Senator Tony Avella have been among the loudest detractors of the plan.

Other obstacles remain. Republicans, who control the State Senate, are not likely to endorse a congestion pricing plan. Mayor Bill de Blasio and Gov. Andrew Cuomo have not lent their support, though Mr. de Blasio appeared open to the idea. 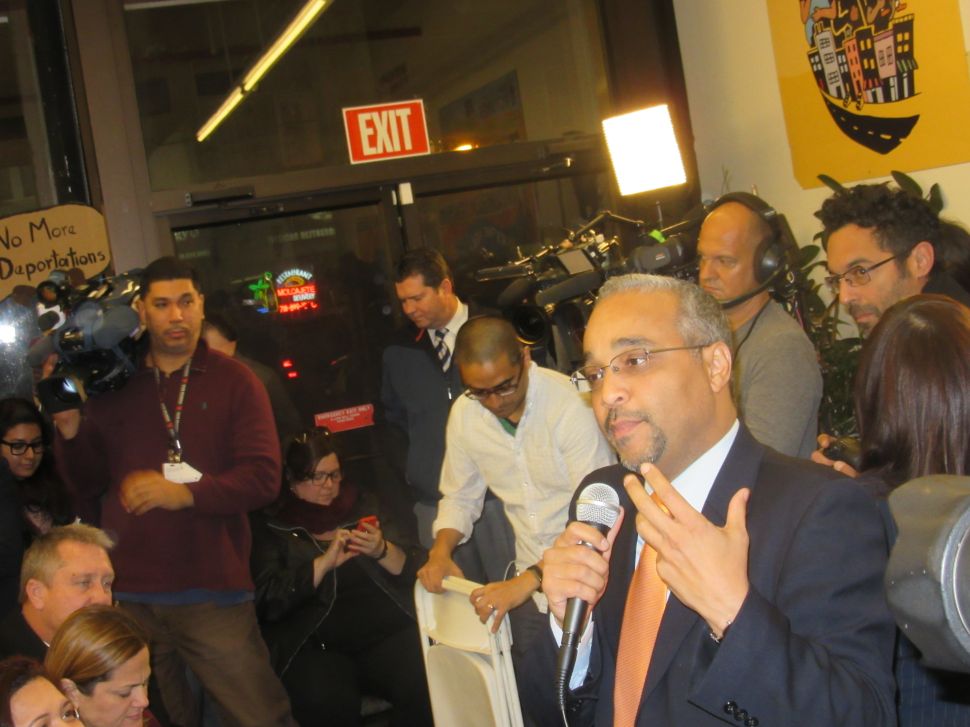