Memory is fallible, a sponge we litter with longing, regret and delusion in the absence of clear recollection. It’s a composite of fact and fiction, brimming with hyperbole and minimization—we downplay moments deserving more weight, exaggerate highs and lows. Some are seduced by memory, while others run, self-medicating and courting distraction; chaotic as our world may be, silence isn’t a blessing for those whose demons prey on it. Or maybe it can be when we see it as such. The process is rarely pretty, though, and if peace is granted, it’s often tattered and fleeting.

This tension sits close to the bone for Sufjan Stevens. “Spirit of my silence I can hear you,” he sings at the top of his heartbreaking new album Carrie & Lowell. “But I’m afraid to be near you, and I don’t know where to begin.”

Carrie & Lowell is, most intimately, an album about Stevens’ grief in the wake of losing his estranged mother Carrie to stomach cancer in 2012. We’re with him as she dies in an Oregon hospital, in the car he almost jackknifes into a canyon, on Spencer’s Butte tracing Carrie’s shadow with a shoe. But the record is also inextricably tied to memory in a way that’s universal: Although Carrie’s tragic story is her’s alone—she abandoned her family when Stevens was just 1, and her life was marred by schizophrenia, depression and alcoholism—we all live and die to some extent by our pasts and our ability to make peace with them.

The past, though, is fickle, especially if its narrative is filled with characters who were hardly present while alive. “Her death was so devastating to me because of the vacancy within me,” Stevens recently told Pitchfork. “I was trying to gather as much as I could of her, in my mind, my memory, my recollections, but I have nothing. It felt unsolvable.”

The aftermath of trauma, in other words, is often worse than trauma itself. Perhaps this explains why Carrie & Lowell appears to begin with an ending, with resolution: Over bright ukulele and acoustic guitar in the opener “Death with Dignity,” Stevens forgives his mother before the record is four minutes old. He’s “lost [his] strength completely,” but Stevens’ feather-light voice conveys gratitude for the chance to say goodbye, to reconcile with the woman he’s mythologized for nearly four decades. The following song, however, ushers in a sense of what felt “unsolvable” in the wake of Carrie’s passing—the unwritten letters, the buried feelings, the abandonment, the mythology, the meaning underpinning it all—and the manner in which Stevens’ grief reveals itself oscillates wildly.

In “Should Have Known Better” and, later, “Eugene,” Stevens is wistful and a little drunk, doing his best to accept that the past can’t be changed while questioning the utility of singing songs Carrie can’t hear. Then, in “Drawn to the Blood,” he’s asking God why when “my prayer has always been love.” The weight on Stevens’ heart is palpable, a feeling sustained by the frankness of the album’s austere and melancholy instrumentation, but none of it seems worrisome for a person bereaving. “The Only Thing,” however, reveals how cloudy and tormented his outlook became after Carrie’s death: “Should I tear my eyes out now?” he asks. “Everything I see returns to you somehow.” In one stanza, Stevens is submerged in a warm hotel bath contemplating suicide—a deep cross hatch across the arm. As in “John My Beloved,” he’s barely with us, questioning the point of survival and whether Carrie loved him at all. “Bury the dead where they’re found,” Stevens sighs.

Although it falls a few songs earlier, Carrie responds in “Fourth of July,” trading verses with her despondent son over soft piano chords: “Did you get enough love, my little dove? / Why do you cry?” This song, perhaps more than any other, makes the case for Stevens’ choice to drastically pare down the number of instruments, arrangements and voices on Carrie & Lowell.

“It’s not really trying to say anything new, or prove anything, or innovate,” Stevens told Pitchfork. “It feels artless, which is a good thing. This is not my art project; this is my life.”

With little exception—notably, 2004’s Seven Swans—Stevens has proven himself a maximalist songwriter of grand ambition, weaving playful, ornate composition and encyclopedic lyrics into, as he calls them, “cosmic fables,” tackling aliens, the Chinese zodiac, Lake Michigan and everything in between. The sheer number of layers—musical, metaphorical, autobiographical, you name it—in 90 percent of the songwriter’s work is dizzying, as is the fact that Stevens is able to make relatable art from them. Perhaps more than has been noted in early reviews, Carrie & Lowell’s lyrics aren’t completely devoid of this tendency—Greek mythology plays a prominent role, as do exotic birds, Oregon state history, topography, and biblical imagery—but the miniaturist instrumentation here allows Stevens’ frankness the gravity it deserves, the space he needs to grieve.

A final note on myth, though: “Is it”—perhaps his relationship to Carrie—“real or a fable?,” he asks in “Death with Dignity.” “A friend is a friend,” he decides. The choice is key: Because Stevens doesn’t chain himself to binary conceptions of memory, right and wrong, or Truth, we’re more equipped to grapple with how he relates to his mother, how he elegantly blends reality with what’s fantastical-seeming. What is the past and future, after all, if not revision and projection? We build our presents in their shadows. “Search for things to extol,” Stevens intones in the closer “Blue Bucket of Gold,” “Friend, the fables delight me.” 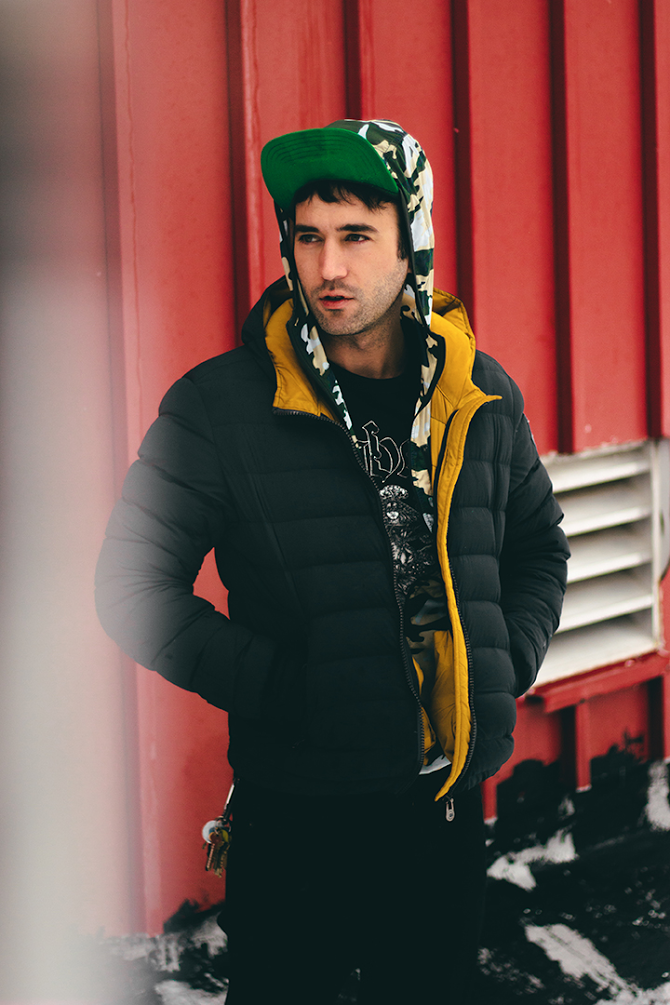