In 2009, four young moms-to-be were featured on the then-new MTV show 16 & Pregnant. Since then, MTV has continued to follow Farrah Abraham, Maci Bookout, Amber Portwood and Catelynn Lowell as they face the challenges of motherhood morphing the show into Teen Mom.

For a quick recap about what the ladies been through and a little look forward to what fans will see this season, here’s some intel about the four moms, the significant others in their lives and what will play out on the screen for all to see.

Maci, who got pregnant after losing her virginity to then-boyfriend Ryan and gave birth to her son Bentley has struggled to stay in college for the past six years, having still not earned a degree. Recently, she moved in with her boyfriend of two years, Taylor McKinney, and is now expecting her second child. Her relationship with Taylor and latest pregnancy will play a big role in this season.

Amber has struggled with anger issues and drug addiction causing her to spend time in both jail and rehab. After earning her GED and completing a sober living program, she’s now working to rebuild her relationships with both her daughter Leah and Leah’s father, Gary. But Gary has his hands full as his new girlfriend is pregnant, leading Amber to finally accept that she, Gary and Leah won’t be the family she’s always hoped for. In the new season of TMOG, once again Amber’s decisions about her own well-being, as well as those of Leah’s, are questioned by everyone around her. Coming as no surprise to anyone—mostly because it’s been leaked via social media—Amber will get engaged on camera, but not everyone in her inner circle is happy about this news.

Farrah, many will recall, wore her cheerleader uniform until she was literally too pregnant to fit into it, all the while under the delusion that she would just go back to the life she knew and loved immediately after her daughter Sophia was born. Now, after plastic surgery and making a porn video, Farrah is living in Texas, and her long distance relationship with San Diego resident Simon Saran will be featured on the series this season. Fans know that Farrah also continually struggles to forge a peaceful existence with her mother and father, but it’s become clear in years past that those relationships will continue to be volatile and this season is no different.

The only Teen Mom mom still in a relationship with the father of her child is Catelynn, whose bond with baby daddy Tyler Baltierra has endured her surprise pregnancy, family unrest and their decision to give their baby girl Carly up for adoption. The two never wavered on their decision about the adoption and continue to have a good relationship with Carly’s adoptive family. But, unfortunately, for various reasons, that relationship has become strained.

The couple continues to move forward by graduating high school and getting engaged. As planning for their wedding intensified, they were surprised to discover that Catelynn was once again pregnant. Obviously the pregnancy won’t be a surprise for viewers as the couple and new baby Nova Reign have been all over Twitter recently, but this new family unit will be featured on this season of the show.

16 & Pregnant and Teen Mom continue to be considered controversial shows by many and creator and Executive Producer Lauren Dolgen agrees with this, saying, “People heard the title and were like ewwww, disgusting.”

Explaining the organic genesis of the show, Ms. Dolgren says, “When I came up with the idea for the show it was from an article that I read. It said something like 750,000 girls get pregnant every year and I had worked for MTV for a long time and realized that this was happening to my audience and if not them personally, then to someone at their high school. So, when we developed the show we worked closely with the National Campaign to Prevent Teen and Unplanned Pregnancy so that we could create the right messaging. The stories are impactful because they’re peer to peer. It’s not your mom or your teacher just telling you not to practice safe sex and not get pregnant.”

Ms. Dolgren realizes that it’s not really the subject matter that draws viewers in but that it’s actually following the journey of the featured players. “We cast people who are able to share their very raw and unvarnished look at an extremely fragile time in their life and that makes from some very real drama. These girls and their families are very brave to let the public into their lives and I think that’s what’s so appealing.”

Forging ahead, Teen Mom OG Season 5 continues the story of these young women and how, just like everyone else, choices, decisions and consequences affect their lives every day. “At its core, this is a show about family, however that family came into being,” explains Ms. Dolgen. “We’re all part of a family of some sort so we all understand these things to some degree, and even if you’re not specifically touched by a teen pregnancy, a lot of what these people go through are things that are universal to a lot of people. It’s always comforting to see other people going through something that you’re experiencing or have experienced.”

The real societal effect of 16 & Pregnant and Teen Mom shows in the numbers—not only in television ratings but in hard data about the number of teen births in the U.S.

“We’re seeing that the audience really is learning from this show,” says a pleased Ms. Dolgen. “A study on the show conducted in 2014 showed that there was direct correlation between watching the show and Google searches about health. And, the number of teen births per year had gone down by 20,000. We clearly helped facilitate that and no matter what you really think about the show, that’s pretty amazing for a little TV show airing on MTV.” 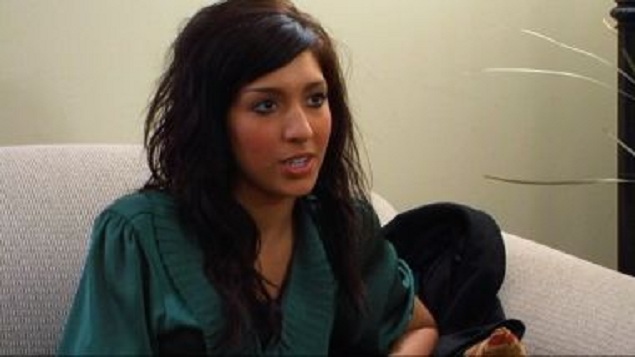