Throughout history, our planet has witnessed a number of industrial booms: steel; iron; cars made on assembly lines. It’s high time we announce an addition to that list: startups that let you anonymously send stupid prank items to your enemies.

From the much-talked-about Ship Your Enemies Glitter to a company that lets you ship envelopes of mayonnaise—yes, mayonnaise—to your most-hated rivals, we’ve catalogued a comprehensive list of “Ship Your Enemies” startups. Brace yourself—they get pretty weird.

You’ve no doubt heard about Ship Your Enemies Glitter, the company that started as a drunken media stunt, was purchased for $85,000, and now functions as a legitimate glitter-shipping company.

Customers can either pay $9.99 to ship an ordinary bag of glitter, or pay $19.99 for the utterly horrific-sounding “Glittery Cupcake,” described by the company as follows: “Our custom cupcake presentation, with a farm made horse manure ‘batter,’ sprinkled with glitter, packed in a heart themed box and surrounded with toilet paper. NO it’s not edible!”

Competition is fierce within the “Poop” subcategory.

We’ve written before about ShitExpress, the company that lets you use bitcoin to anonymously send poop to your enemies. It’s not human poop, but horse poop—”organic, wet horse poop,” according to ShitExpress’s site. It costs $16.95 or 0.05 BTC to send a package of the previously-mentioned excrement anywhere in the world.

ShitExpress’ services have been so popular, the company reportedly earned $10,000 in a month.

“We will send your friend or enemy a healthy helping of some of the nastiest, stinkiest, fresh poop packages you have ever seen,” the site promises. “We have several varieties of poop that we can send, including a special poop of the month.”

Ugh, this one’s arguably the grossest. Like, worse than poop. There’s something about mayonnaise in any quantity larger than “tiny bit dipped on French fry” that just makes you want to vomit on the spot—know what I mean?

That’s why there’s Mayobymail, a service that lets you anonymously send envelopes of mayo to your enemies. At $45 per envelope, it’s certainly a little pricey—like, way pricier than buying your own mayo and putting it in an envelope yourself. But each delivery is also accompanied by a note that says, “My hate for Mayonnaise is only matched by my hate for you,” and, as the company puts it, “You were going to spend it on drugs anyway. This is better.” Er, okay?

Options abound for those wishing to ship different kinds of dicks to their enemies.

Last week, we wrote about Ship a Bag of Dicks, the service that lets you ship a bag of gummy dicks for $12. For an extra $1, they’ll mix glitter into said dick bag. You can also pay $25 to ship a “MAGNUM” bag of dicks, or $100 for the elusive “ultimate bag of dicks.”

A similar service, Dicks By Mail, launched around the same time. They offer anonymous bags of dicks for $15, but sadly, there’s no option to add glitter.

But wait! The dick-shipping doesn’t end there. There’s also Ship a Dick, where instead of sending candy dicks, you can send giant, cardboard dicks to your enemies. The dicks are available in a dizzying array of themes, from the Shark Dick to the Dick-o-Lantern to the distinctly creepy Easter Bunny Dick.

Trypophobia (A.K.A. The Fear of Irregular Patterns of Holes)

This shipping service is so specific, it’s hard to believe it exists.

Have an enemy who’s terrified of clusters of holes? Ship Your Enemies Trypophobia lets you pay $9.90 to anonymously ship them “5 carefully selected, human-trialed trypophobic photos,” according to the site. This seems to be an example:

The service comes with the following caveat: “WARNING: May cause serious migraines and panic attacks to hot sweats and increased heart rate. But we know that’s what you want.”

It’s so simple, but so brilliant. For the low, low price of $5, Bird By Mail lets you anonymously ship a piece of paper emblazoned with an image of a hand giving the middle finger. The folded paper also says “Hi!” in bubbly lettering on the outside, to lull your victims into a false sense of security.

The products offered by WTF Candles harken back to a more traditional era of pranking. The candles—which can be sent anonymously to recipients of your choice—start off smelling great, but gradually transform into disgusting odor-emitters. The scent transformations, pictured below, are truly inspired:

Yep, this exists too, because there’s nothing sadder than receiving mail and then finding out there’s nothing inside. Ship Your Friends Nothing offers a variety of products—everything from a $3.99 regular envelope to a $12.99 box that includes packaging peanuts (for an extra dose of disappointment!). 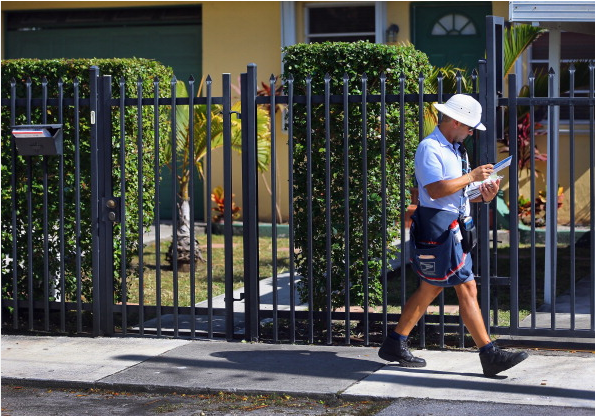