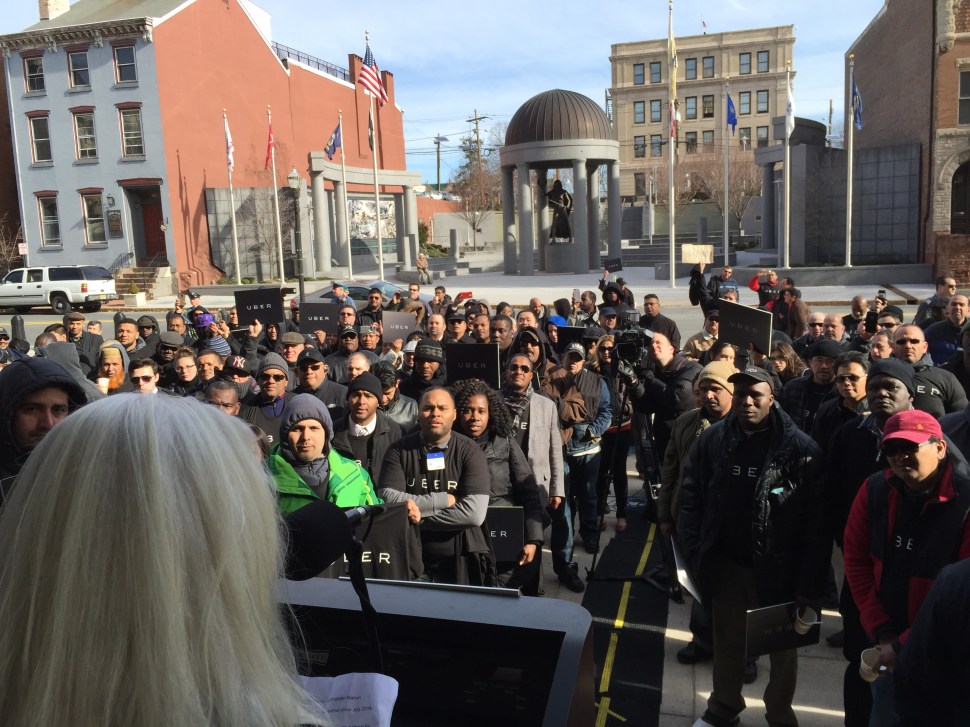 The Uber side of the rally.

TRENTON -Cabs cluttered West State Street again this morning in a cabbie war with an Assembly Transportation hearing on the legislative horizon. 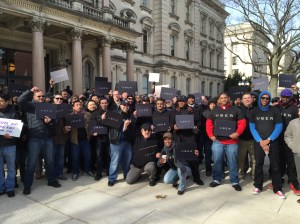 statuary outside the Statehouse Annex in advance of a hearing for a bill that would impose restrictions on the smartphone-based ridesharing service company Uber.

In front of the steps just steps away, non-unionized drivers who work for Uber protested the same regulating bill (A-3765) set to go today before the Transportation Committee. The drivers say the bill would impose business-killing regulations on Uber and companies like it.

“All we’re asking is that Uber be the on same playing field as our taxi drivers,” said Lionel Leach, president of CWA Local 1039, which he said represents 300 cab drivers in New Jersey. “It’s not a perfect bill but it’s a good bill.”

A-3765 would require ridsesharing companies to apply for state permits and prove they have insurance of up to $250,000 per incident from the moment a driver opens the app that allows him to accept fares. The bill would also require drivers to display a state endorsement on their licenses, which would include inspection history.

Leach dismissed the Uber drivers engaged in the protest and counter protest outside. 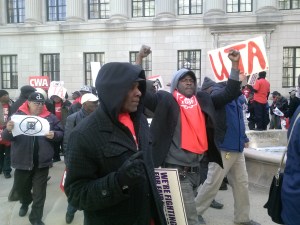 “The Uber drivers all had New York plates, while our drivers have New Jersey plates,” said the labor leader, who tomorrow will help launch the TransUnion Car Service (TCS) – the first transportation car service dispatch base comprised of drivers who are union members in the State of New Jersey.

At their rally, Uber workers gave testimonials in opposition to the bill.

“I was a U.S. Marine Corps veteran and had been laid off by the State of New Jersey after a round of layoffs, and I had no real trade or specialization,” said Lou Forino.  “I had been on unemployment, but that ran out after two years, and my wife was forced to be the sole breadwinner.  We had dipped into my 410K, and I didn’t know where to turn.  Then, Uber came along and changed my life.”

“I have been an Uber driver partner since July 2014, but I wasn’t always,” she said. “Before I drove with Uber I worked on Wall Street for 31 years. For over three decades I woke up at 4:30 a.m. Monday through Friday. I commuted for hours to and from Manhattan. And after a while I had simply had enough.

“I wanted a way to earn a living on my own schedule,” she added. “To support myself in a way that allowed me to be own boss and to work in my homestate of New Jersey instead of commuting to and from New York. That’s what I have gotten with Uber. I get to control my life and my schedule. I drive when I want….some weeks for 25 hours…others weeks less. And I earn more than enough to cover my costs and live the way I want to. To me its about that freedom that each of us has as driver partners.  …We need to make our voices heard and KEEP UBER IN JERSEY.” 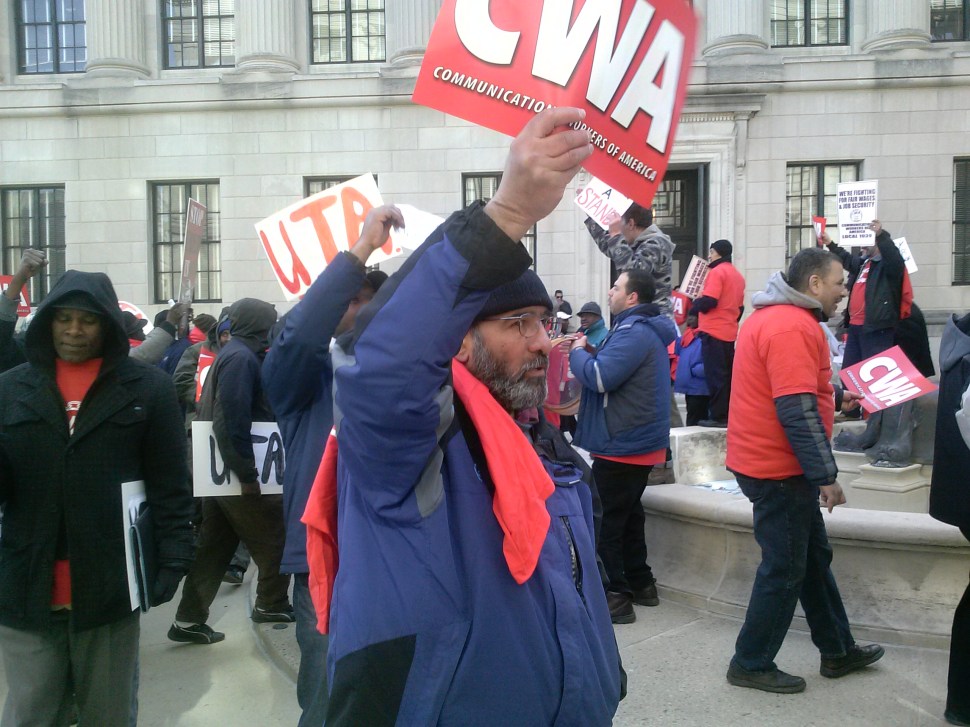 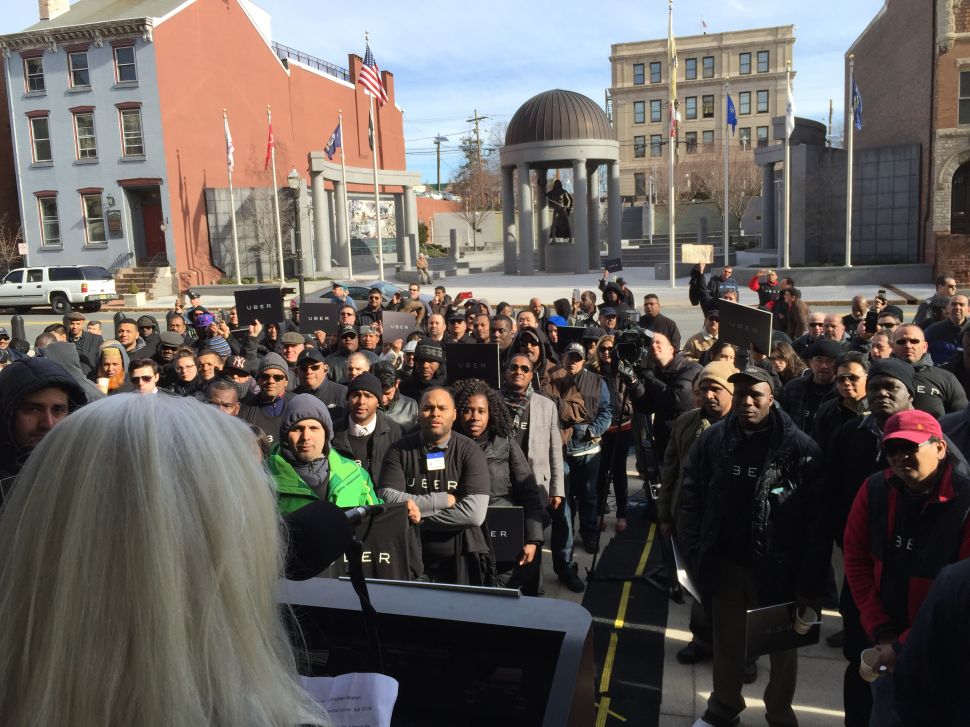