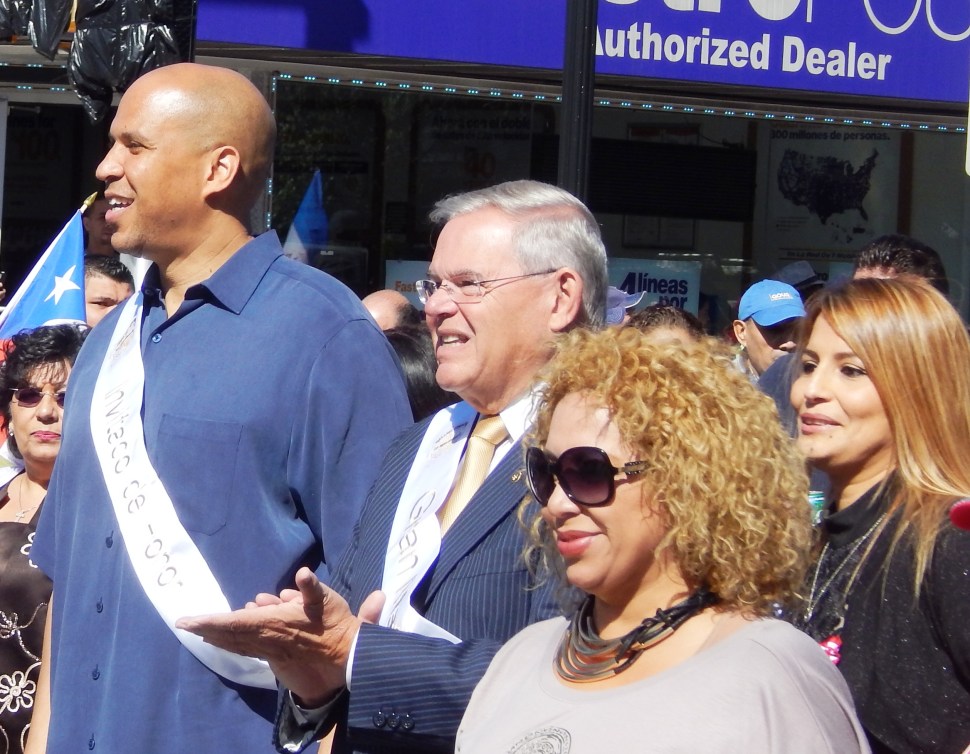 Of New Jersey’s two senators, Menendez has the deeper reservoir of influence with the Clintons.

Booker was a Barack Obama backer in 2008, while Menendez labored nationwide for an unsuccessful Clinton.

Her return to politics reanimated Menendez.

Now, if this controversy results in the U.S. Senator’s removal from the field, Booker stands poised to become Clinton’s go-to person in New Jersey.

A piece last month by PolitickerNJ reporter Chase Brush forwards the notion that it’s difficult for any pol from New Jersey to detach himself from the swamp to attain respectable status in national-sized politics.

But the upwardly mobile Booker has built himself into a global twittering brand name, as arguably reliably ethereal as Menendez is granular and substantive.

No one in the bloodstream of New Jersey politics ever discussed Menendez as a ticket mate of Clinton’s.

But routinely insiders mentioned him as a Secretary of State option, while acknowledging the political unlikelihood of two names coming out of New Jersey to help sustain a Clinton ticket and/or administration.

At the New Jersey Chamber of Commerce’s annual Walk to Washington event, an insider buttonholed PolitickerNJ to specifically make the case for Booker on a national ticket – particularly if Jeb Bush of Florida is the nominee for the Republican Party.

“If the nominee is Jeb Bush, Florida’s out. Jeb’s going to get Florida. Jeb’s married to an Hispanic.” Clinton gets another demographic with Booker, the source argued.

“No,” the source smiled. “Booker voters.” 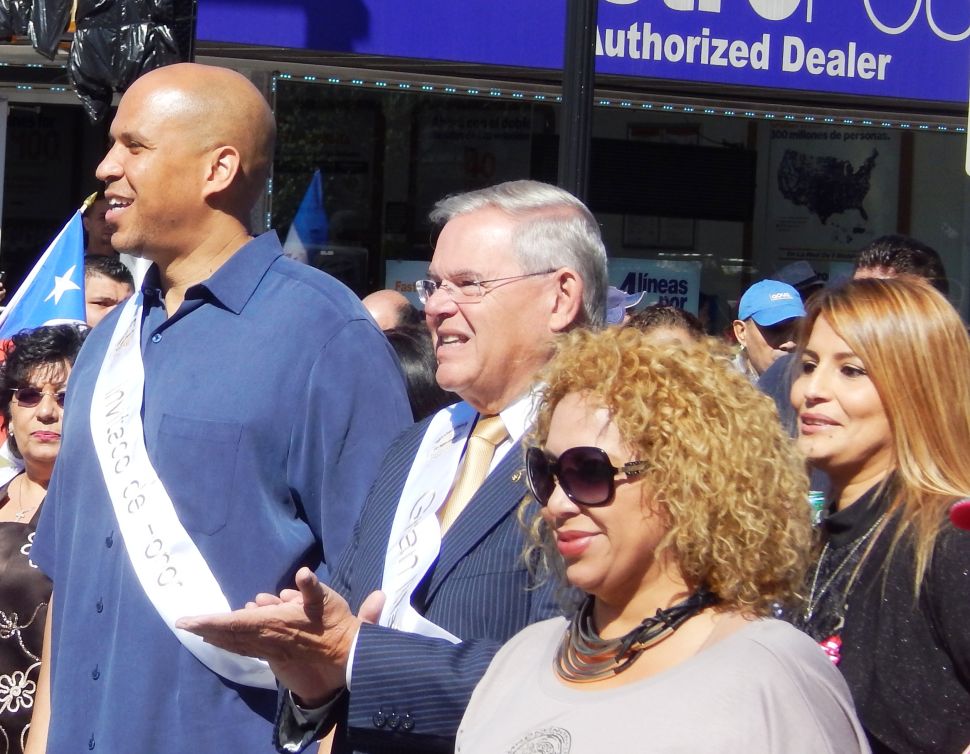