Another day, another bombshell announcement from the grand dame of the city’s museums.

The Metropolitan Museum of Art has revealed that David Chipperfield Architects will oversee the massive gutting and rebuilding of the southwest wing for modern and contemporary art, and potentially of nearby galleries for the Arts of Africa, Oceania, and the Americas. The news comes just a day after Daniel H. Weiss, currently the president of Haverford College, was named the new president of the Met, replacing Emily Rafferty, who is retiring.

Mr. Chipperfield has designed iconic buildings around the world, including the Neues Museum in Berlin, the Saint Louis Art Museum, Museo Jumex in Mexico City, and The Hepworth in Wakefield, England.

Announced last year, the renovations—the most extreme structural changes at the museum in four decades—will add the space to finally house the world-class collection of Modern works that the Met has crucially lacked, and will counter the recent power plays by other New York City institutions. It will also be able to properly exhibit the 79 Cubist masterworks gifted to the Met by cosmetics tycoon Leonard Lauder in 2013.

During construction, the collection will be stored and put on view at the Breuer Building, the former home of the Whitney, which the Met is occupying with an eight-year lease.

While no start date was announced, Met director Thomas Campbell said last year that he hopes to have the new wing ready for the museum’s 150th birthday in 2020. With the ambitious plan, the Met joins a number of other New York institutions warring for attendance with ever-bigger, increasingly glorious, and deliriously expensive spaces. The Frick is seeking approval for a blueprint that would add considerably to its gallery and office spaces, MoMA will knock down the American Folk Art Museum to undergo its second renovation in less than two decades, and the Whitney is a few weeks away from opening the doors to its sparkly new Renzo Piano building on the Hudson. 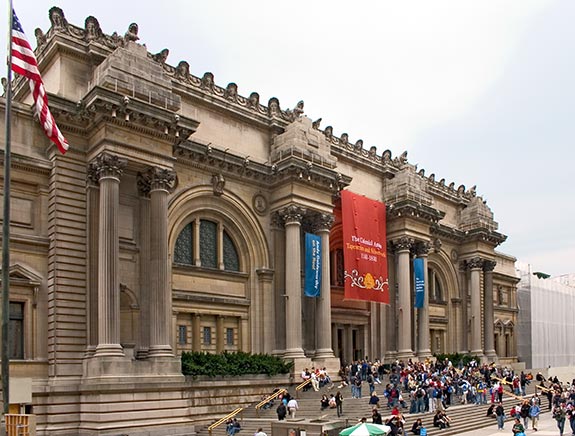