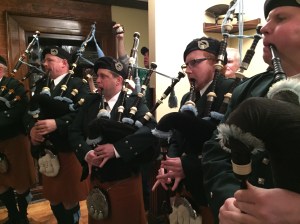 This morning, bagpipers set to perform in the annual New York City Saint Patrick’s Day Parade snaking down 5th Avenue, made a very important pit stop on their route at Smith & Wollensky for a secret pre-parade party.

For nearly 20 years now, the New York steakhouse institution first opened in 1977, has hosted an exclusive breakfast club get-together on parade day, inviting Smith & Wollensky regulars, the staff, and the staff’s families for a traditional lrish breakfast – Guinness beer and blood sausage included. Five Irish bartenders, including Beverage Director Patrick Colton, have been working there for decades, and kicked off this little known celebration to give back to frequent customers and friends. “These lads come every year from my home, County Tyrone, in Ireland,” Colton said in his Irish accent, gesturing toward The County Tyrone Pipe Band seated at the chef’s table – often referred to as the “Warren Buffet table.” In exchange for the meal and libations, the parade bagpipers—the oldest Irish piper’s band in continuous existence in the United States—performed a handful tunes for the well-fed crowd before heading off to perform in the parade.

Also in attendance was Smith & Wollensky regular, Denny Callahan, who has been frequenting the steakhouse mainstay for 25 of its 33 years of existence. “I think people come back here for the quality of the steak, but there’s a real family relationship everyone has. I know every one of these guys. I’ve been golfing with this one, I know both of their fathers,” he said pointing to a pair of bartenders. “It’s a total family atmosphere, and if you ask for something they will never say no. It doesn’t matter who you are, they’ll go and get it.” 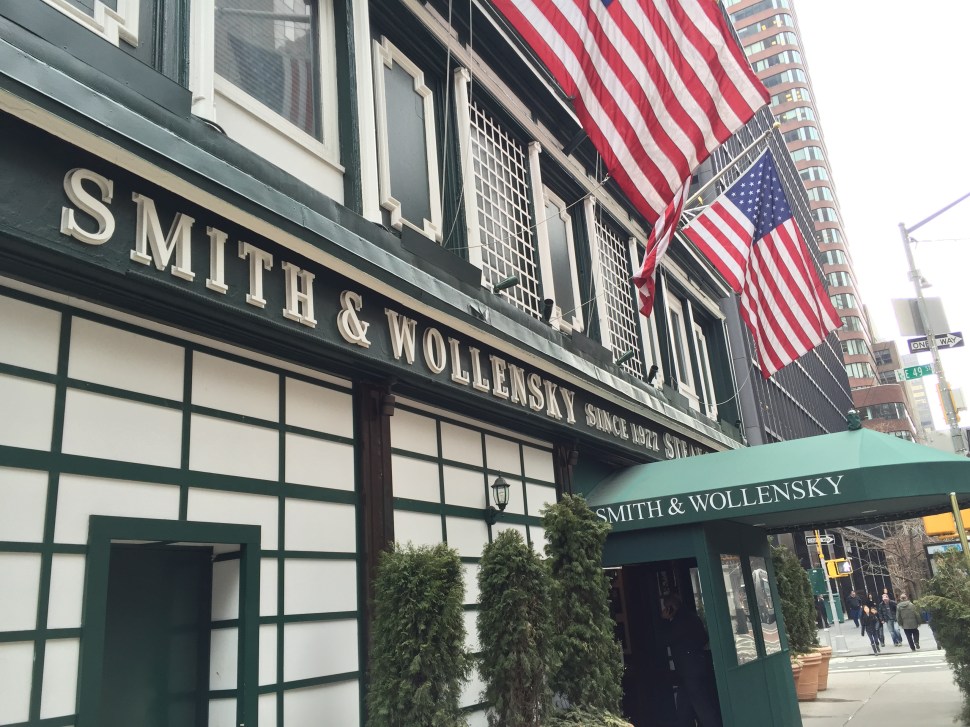 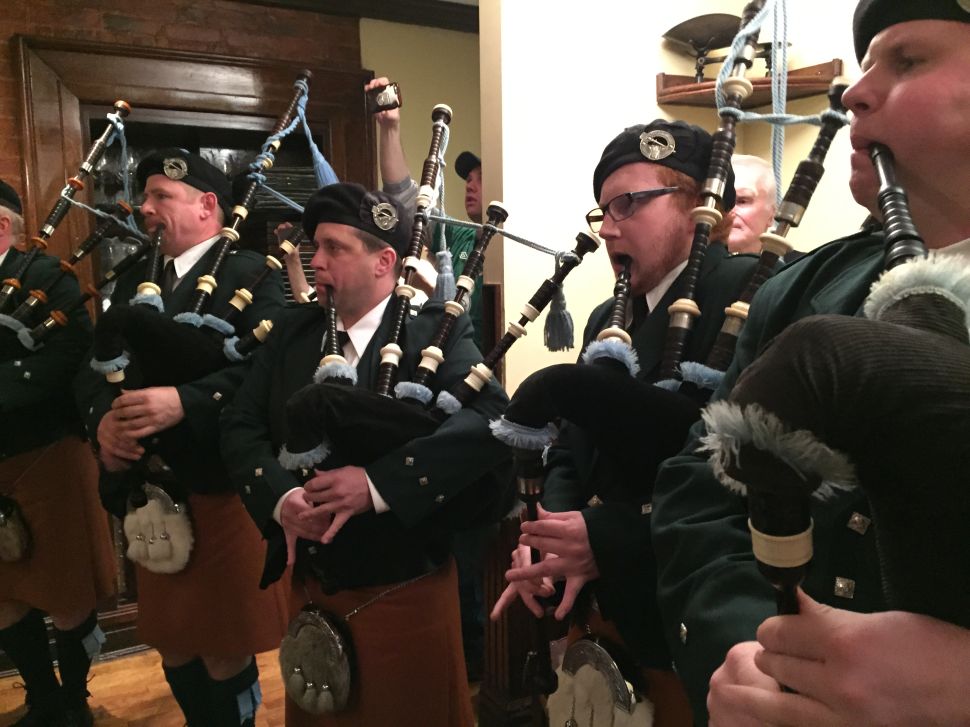