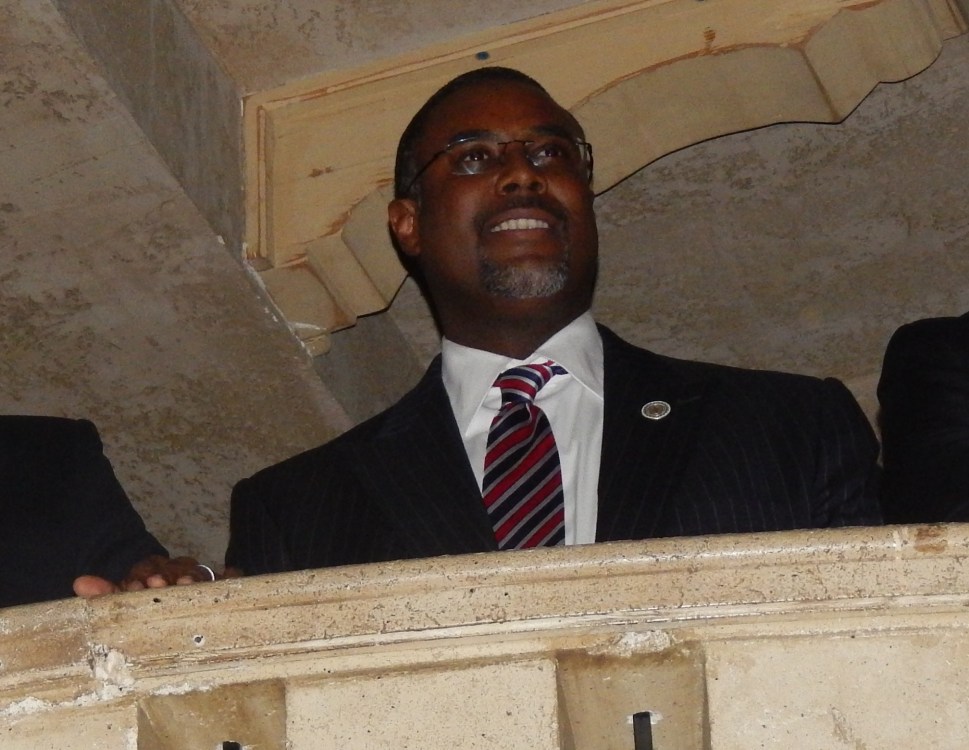 In a carful of insiders with their heads bowed over their phones, a friendly face made eye contact and outstretched his hand on the Chamber of Commerce Train on the way to Washington, D.C.

It was East Orange Mayor Lester Taylor, mayor since 2013, whose closeness to powerful Essex County Democratic Committee Chairman Leroy Jones, strategic bearing as mayor of a county strong-point, and early favorable impression among party members have him in solid position in the lead up to 2017.

PolitickerNJ asked Taylor, an attorney with the law firm of former Governor Jim Florio, if he’s ruled out running for governor and he said he never ruled it in. But what about lieutenant governor? If a candidate for governor offered him the job would he consider a candidacy for the job? Would he find it humiliating to be offered the position, wondered PolitickerNJ, noting the outsized presence of Gov. Chris Christie arguably diminishing the import of the position.

“I would have to have a huge ego to be humiliated,” Taylor said. “Honestly, it’s the last thing on my mind. I have a great relationship with the three names currently circulating [Senate President Steve Sweeney, Jersey City Mayor Steven Fulop and former U.S. Ambassador to Germany Phil Murphy]. If any of them consider me, of course, I’d be honored.”

Whom does he support?

“It’s too early for me to say,” he said. “I intend to vote with my county chairman, Leroy Jones. We will have a unified front of public servants.

“Chairman Jones is first and foremost a friend and mentor, and a great example of elected leadership, both on the freeholder board and in the assembly,” said Taylor, the father of three whose wife works as the treasurer and director of finance for Union County. “What I think people miss is he has a great eye for talent. I also bring a lot to the table in terms of the legalities of fiscal government.”

The second largest municipality in the largest Democratic county in the state, East Orange, with an annual operating budget of $130 million, occupies a unique place in Essex politics, more significant now than ever arguably as the home town of powerful County Chairman Jones.

Jones not only backed Taylor for mayor, but also tapped Britnee Timberlake as president of the Essex Freeholder Board.

One of the first towns in the state to implement a paid sick leave ordinance and the first to do so with the support of the local Chamber of Commerce, East Orange last year welcomed a Planet Fitness, the first national gym in the four-square-mile, part of a projected $100 million in transit village redevelopment.

“When I came into office the city had a $10 million budget shortfall,” said the mayor. “I could have fired 200 people. But I felt it owed it to taxpayers and employees to find a better way. Many of the challenges we have are structural in nature. We have been more aggressively monitoring ways to reduce spending and debt.”

Home to 238 sworn police officers, East Orange earlier this month was the scene of a shooting that wounded an officer.

“The biggest story with respect to the recent shootings was that Sergeant Mike Williams had on a bulletproof vest, which saved his life, and all suspects were apprehended in very quick fashion,” said the mayor. “We have very proactive policing in the City of East Orange. We have worked very hard to change the culture of the police department to be more of an ally versus an adversarial role. We have worked on the morale of members of law enforcement, but the coach can only push so hard. We’re showing our officers that we respect them but also making sure police respect [residents].”

To that end, Taylor reestablished the police athletic league in the city.

“I’m privileged and honored to serve,” Taylor said. “I see this job as an opportunity to inspire a whole generation of people. I went into the school the other day to see the kids building a robot. A few kids trickled in late and I ran into the room and asked ‘Who wants a selfie?’ We all took one. That level of excitement is something that has been missing in East Orange for 16 years.

PolitickerNJ asked Taylor how he thinks history will regard President Barack Obama.

“When the history is written, President Obama will go down as one of the most effective and successful presidents in history,” he said. “His role in improving the country’s affordable health care alone makes him one of the best presidents we ever had.” 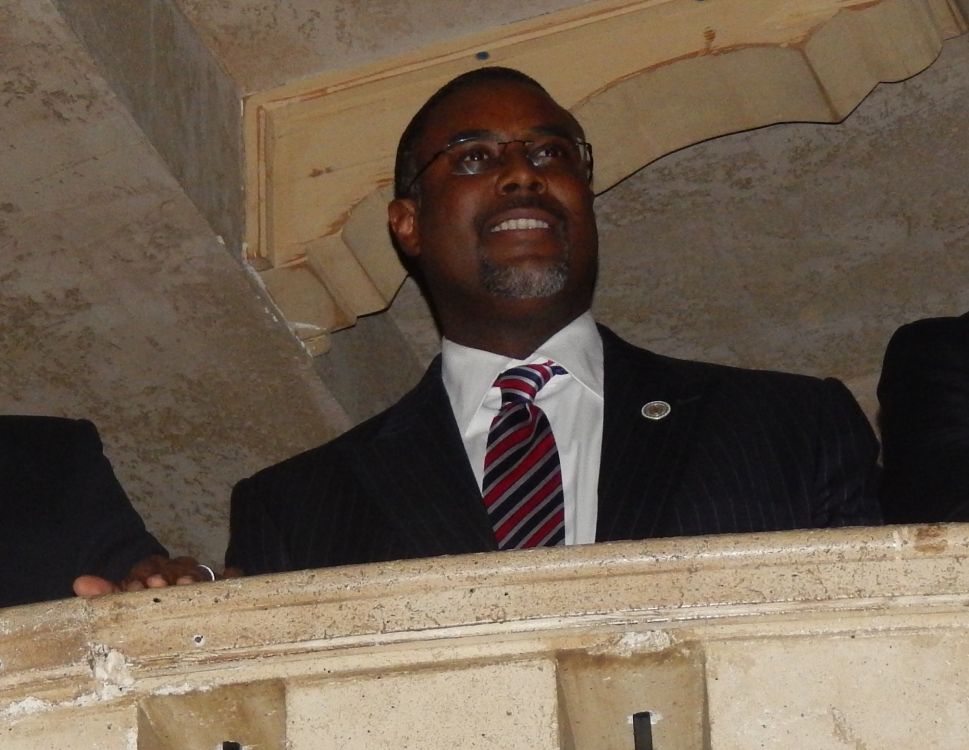