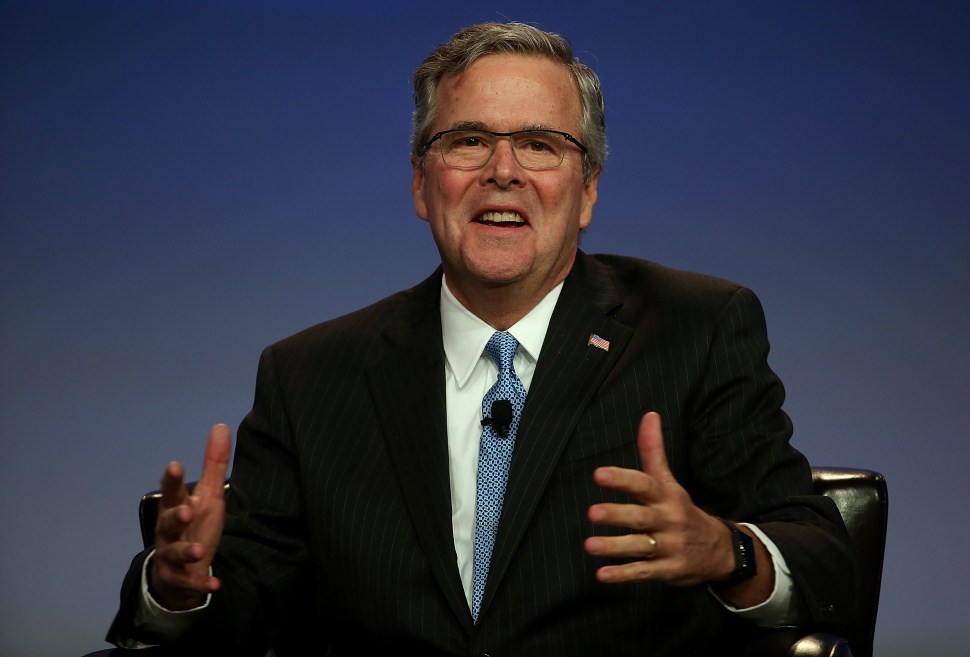 With the CPAC over, the quadrennial catwalk parade and marathon by which we choose American presidents is fully underway. Among Republicans, at least. Given the givens—unconstitutional executive overreach, shocking spending, the Middle East burning, ISIS rampant, out of control illegal immigration, middle class income down, job growth scant and ill paying, 37 percent of the working-age population out of work, 20 percent of the nation on food stamps, poverty among women and children skyrocketing, , Iran on the brink of nuclear weapons at President Obama’s invitation, Russia expanding …—2016 can’t come too soon. Re: labor force participation—Pew says 37 percent are out of the labor force. Non ideological source.

No one really knows how the race will play out. As you watch, this column is here to help provide New Yorkers with views, perceptions and even facts, as seen in Right-World. I live in New York City, surrounded by liberals. Why would my neighbors—why would any liberals, including those who might happen to be reading this column—care what a conservative thinks? Because you are too smart to limit yourself to the small range of acceptable interpretations of life and politics allowed in the hermetically sealed, liberal, mainstream media that dominates my town. And, all things being equal, after eight years, the other party picks up the Oval Office.

The secret to figuring out what is really happening in a presidential race is that by the time a trend surfaces, the drama is over. Most of the part citizens get to see is mere political-entertainment complex performance art.

So we are 21 months out, watching many names being floated, committees in formation, donor lists being assembled. Policy papers are being written, and battle plans assembled. There will be a “process.” But the real GOP field has already emerged. The race to come is between Jeb Bush and Scott Walker. A few others may move to the inside lanes. But, as I see it, Walker and Bush are the contenders.

Former Florida Gov. Jeb Bush is backed by the “establishment.
It isn’t a bad establishment, including, as it does, a great many Reaganites, but it isn’t interested in conservative counterrevolution either. He’s also got the majority of money people. He veers centrist on what to do about illegal immigration, and he likes Common Core. Big donors rarely think outside the box when they apply their intelligence to politics. Jeb is the box.

John Ellis Bush is smarter than the conservatives who dislike him think he is. He has already moved right on key issues. And he has deeply experienced advisers, some of whom are first rate. He was smart enough to show up at CPAC, take a drubbing from the hard right, and tell an audience arrayed against him that he wants to be their second choice. He is empathic, impatient with naysayers, likes to tinker with policy—to which he attributes vast curative powers. He is more or less conservative in his thinking, deeply invested in his wife’s Mexican family culture, and intellectually sophisticated, as a scion of a wealthy and powerful dynasty would be.

Gov. Scott Walker of Wisconsin is backed by small government conservatives, regular guys in the middle-middle class, a solid handful of millionaires, and people who want to rip out most of the innovations of the past six years. Mr. Walker, a middle class preacher’s son, without a fortune behind him or fancy credentials, is, as they say, “relatable.” Not to liberal bankers or progressive hipsters. To the nation’s suffering, long ignored middle-middle class citizens—who form the current GOP base.

After last month’s contretemps over Rudy Giuliani’s comments on President Obama’s faith and love for God and country, in which Mr. Walker did not repudiate Giuliani’s assessment, his name recognition is higher than ever. His reputation as a fighter has only risen among those who have been waiting for him to emerge for 18 months. He needs polish as he jumps from a local market to the national stage. But he’s getting good advice, and he has some time.

The generally unprepossessing Mr. Walker has gone from barely known outside of Wisconsin, to frontrunner in under two months. How? He became an underground hero, and the great Reaganite hope as he cut the Wisconsin budget, beat back brutal challenges from state employee unions, and won three rough elections in four years. He did not make smart-ass comments, or undermine fellow Republicans by hugging an unpopular president right before the 2012 election. He stayed quiet until he won re-election last November. By January 1, he was ready to go; and voila!

The frontrunner 21 months out is a target from all sides. So, we’ll see.

A week ago I’d have said that Texas Gov. Rick Perry could be a contender. He has worked hard on policy since his disastrous campaign four years ago. He’s been the point governor on the illegal immigration issue, which is at the top of the party’s list of concerns. The glasses help. But he barely registered at CPAC, which doesn’t bode well.

Everyone else in the GOP race is either past his sell-by date, or not ready for prime time. A few are sideshow material: Trump, Huckabee, Palin, lovable though they be.

You will have to listen to a bunch of reportage and prognostication about the rest of the field for the next year, because the media loves the horserace, the biographies, the hit jobs and the “narrative.” Arguably exposure toughens candidates. But the fact is that NJ Gov. Chris Christie hasn’t worn well. The tough guy act is old, and his state isn’t thriving either. Kentucky Senator Rand Paul, loved by the growing libertarian wing, isn’t the interesting young thing he was either. He’s a gadfly. As with his father, the closer you look, the less there is. And that’s apart from his lack of a useful worldview for formulating national security and foreign policy. Or the fact that board certification in his professional specialty—ophthalmology—comes from an entity he and his wife organized, which operated sporadically since 2000, and became defunct in 2011. Dodgy..

In the “not quite ready” pile: Texas Sen. Ted Cruz is brilliant, tough-minded, fearless and a genuine constitutional conservative. He needs executive experience. We’ve seen where two years in the Senate gets you. Florida Senator Marco Rubio, who is cute and extremely articulate, but neither deep nor constant. It’s unclear that more experience would turn him into a leader. He gets too emotional about issues, and made a critical misstep on the Obama immigration proposals. Gov. Bobby Jindal of Louisiana is a brilliant guy and a good man, serious about politics and policy. As with so many of the smartest people who have served in American politics, he’s Cabinet material, not necessarily a physical embodiment of American power. As a Bronx Science graduate, I say this with love: too nerdy. Dr. Ben Carson is a political novice, regardless of his brilliant medical career. His views are inconsistent. He should run for the Senate, or, better still, for governor, before wasting our time. As for the governors from the ‘East, North, Central Midwest’—John Kasich of Ohio and Mike Pence of Indiana—they’re solid, intelligent men. Big yawn.

Carly Fiorina and Rick Santorum seem not to grasp that losing one’s first/last political race is not a sign to run for higher office. Ms. Fiorina should find an open Senate seat. Mr. Santorum needs to go home and pursue his laudable goals in the private sector. He is box office poison.

Harsh? Sorry. But the next president has a lot of damage to undo. Most GOP voters see a nation in crisis at home and abroad, and on the brink of worse. So the ideal GOP candidate is a fighter, in touch with the values and needs of regular Americans. He needs to be a leader by temperament, and he needs to be willing to do what it takes to win the general, which isn’t something GOP voters have had in a while.

Lisa Schiffren is native New Yorker. She is a senior fellow at the Independent Women’s forum, and a sometime GOP speechwriter. 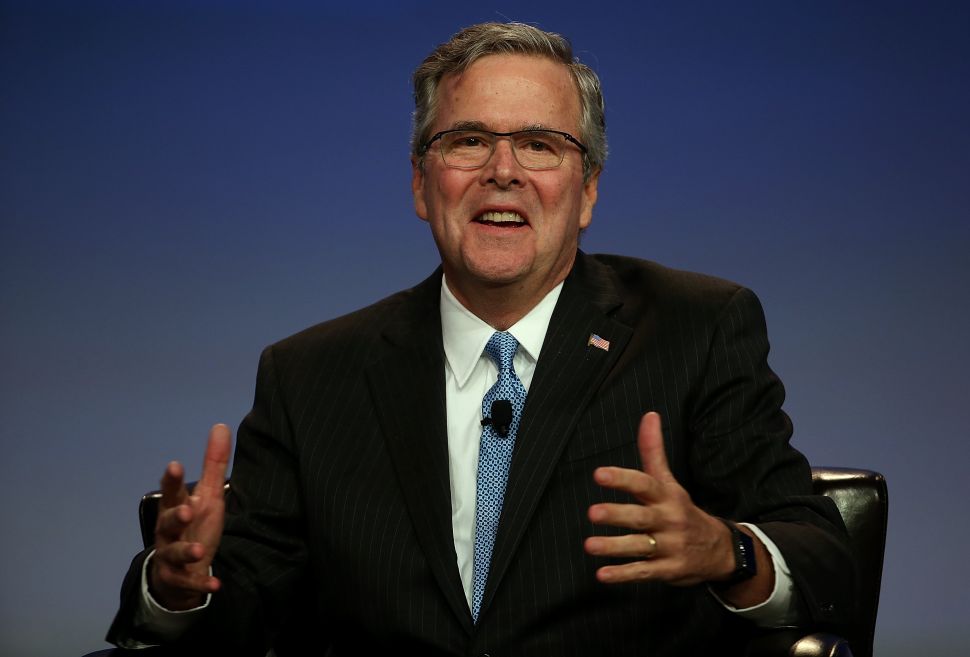