If you’ll recall the end of last week’s episode, Gina was so disturbed by Janet (maybe?) spreading false sex rumors about Gamble, she volunteered to speak to Janet herself. Judging by the last time these two met up to ~talk~, I didn’t foresee this rendezvous faring particularly well.

And it doesn’t, according to footage from this week’s episode obtained exclusively by tvDownload.

Gina condemns Janet for repeating the scandalous rumors she’s heard about Gamble, but Janet maintains she only repeated them because Gamble insisted.

“If I said I insist you walk out in front of that car, do you do it?” Gina fires back, as fabulously as ever. Gina also suggests Gamble might take legal action against Janet.

Needless to say, the conversation ends with at least one person getting up and storming out of the restaurant.

“I’ll not bother with her again,” Gina says. “Terrible person.” 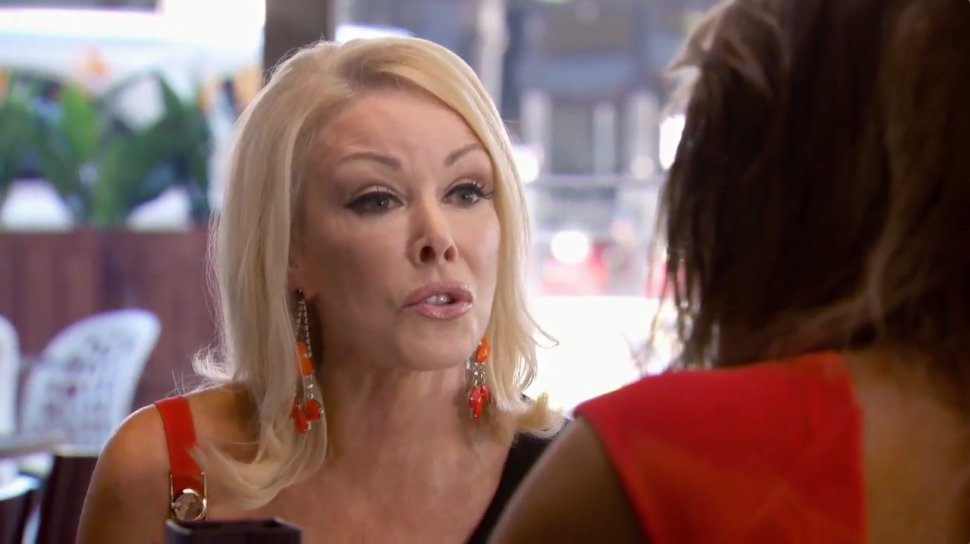