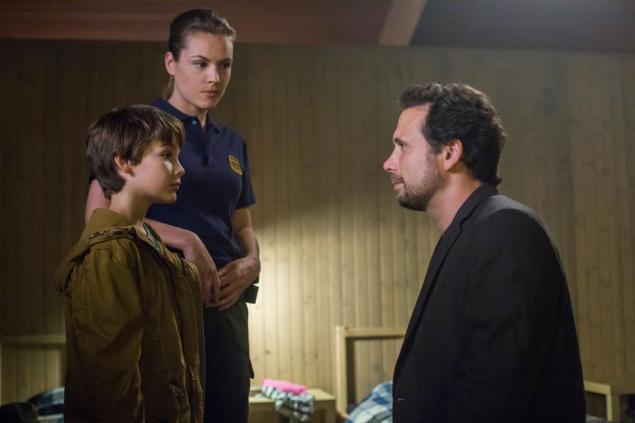 And so we return to The Returned. Executive producer Carlton Cuse is best known for Lost, and in that vein I half-expected this show to be a bottomless well of bafflement, with a cheap shag carpet’s worth of loose story threads and an unending cast of undead. So the biggest surprise for me has been the way The Returned has kept its storylines small. No walking dead have appeared beyond the handful of Returnees we met in the pilot (at least, that we know of), and the show is judicious in the way it doles out the weirder WTF moments. That’s not to say there isn’t plenty of head-scratching to be done. Both the living and dead have plenty of secrets. But for most of this opening stretch of episodes, our characters remain pretty much right where we left them. Jack and Claire are still doing their best to pick up where they left off with Camille, their freshly reincarnated daughter. Her twin sister Lena still hates everything and didn’t ask to be born. Rowan is still coping with the reappearance of ex-dead ex-fiancé Simon. And Nurse Julie is still playing foster mom to Victor, who, three episodes later, still hasn’t said a damn word.

The sibling rivalry is heating up at the Winships. While Jack and Claire continue to treat Camille like she just got back from a quick jog, Lena is understandably freaked out. Not only is her dead twin eating everything in the fridge, but Lena is also suffering from a nasty spontaneous wound that looks suspiciously like the kind of injury one might suffer if, oh, say, she died in a bus accident four years ago. Meanwhile, Claire and Jack’s reconciliation abruptly ends when Jack admits he spent Camille’s entire college fund on a woman who claimed she could speak with the dead during sex. Claire is not swayed by Jack’s argument that Camille didn’t need the money, what with her being dead at the time.

Then there’s Simon, the scowling bad boy of the afterlife. Simon died in an accident six years earlier, on the morning of his and Rowan’s wedding. Now Rowan is engaged to Tommy, the very same cop who gave her the news about Simon’s death. (In Hollywood, they call that a “meet-cute.”) The thing is, Rowan’s having some trouble concentrating on china patterns because Simon keeps dropping by. Soon enough, the hasn’t-gotten-laid-in-six-years Simon is hanging out in Rowan and Tommy’s crawlspace and bugging the bejesus out of her daughter, Chloe. Turns out when the kid hears banging in the attic, she really hears banging in the attic. Tommy catches wise, thanks to his disturbingly thorough use of nanny-cams, and twists the knife one final time by telling Rowan that Simon didn’t die in an accident, but actually killed himself after she revealed she was pregnant with his child. (In Hollywood, they call that a “dump-cute.”)

And let’s not forget creepy little Victor. He’s still mooching off of Julie, and Julie has stopped pretending she’s ever going to turn him in. Victor’s also been getting some unwanted attention from Julie’s cartoonishly nosy neighbor Annie, who seems to have stepped out of a Seinfeld episode. Annie is found horribly murdered under almost-certainly-Victor-related circumstances, but not even this softens Julie’s maternal instincts. Only Nikki, Julie’s cop ex-girlfriend, has the presence of mind to take Victor away from this weird lonely lady who has basically kidnapped him. Victor, predictably, is silent on the issue.

So what have we learned? Not a tremendous amount, really. The episodes are titled with character names — these three were “Simon,” “Julie,” and most tantalizingly, “Victor” — but none of them really dig deep into any one character. Instead, we get a few freaky cliffhangers about each episode’s namesake that raise more questions than they answer. The latest big reveal is that Victor is by far the “oldest” of the Returned, a youthful-looking 26 years dead. Hiding in a closet during a burglary at his family’s home, Victor is discovered by one of the invaders, who tells him to stay calm by “singing a song in his head.” Unfortunately, the burglar does this by “speaking the words in his mouth.” His accomplice overhears and shuts the kid up for good. Back in the present, Nikki delivers Victor to Peter’s All-In-One Fantastical Theraporium, where Peter offers some advice about staying brave. “Try singing a song in your head,” he says. Gulp. Victor is shocked, which for him means remaining silent and expressionless.

So, where are we? Peter was there the night of Victor’s death, more than two decades ago? And wasn’t there also a guy running around town stabbing people? Why did he kill Lucy, and what does the bartender have do with it, and how is this all related to an earlier batch of serial killings? Okay, maybe this story isn’t as small as I thought. All we know for certain is that, deliberately or not, the dead are inflicting their pain on the living. As the show continues to develop its tangled web of relationships, here are few of the big unanswered questions we’ll be watching out for:

What’s the deal with the black goop?

No, it’s not Gwyneth Paltrow’s lifestyle blog for the urban market. Ever since the Returned have returned, Caldwell’s restrooms have been plagued by a thick black sludge bubbling up from the sink. Is it related to the mysterious problems at the dam? What is the connection between this rising darkness and the resurrected? Whatever it is, someone better check Yelp for a good plumber who specializes in metaphorical issues.

Why are the Returned always hungry?

Being inexplicably brought back to life must be an exhausting experience, because our undead friends are always rudely shoveling food into their mouths. What, so getting killed makes you suddenly forget your manners? Nobody ever comments on the perpetual hunger, but I think it’s a pretty weird pheNOMNOMNOMenon. (Honestly, I don’t really expect an explanation. I kind of just wanted to use that joke.)

What’s up with the weird scars?

We do get one other glimpse of the hooded killer who stabbed Lucy, and that’s a flashback to him assaulting Julie in the now-famous Caldwell Murder Tunnel (“Come for the murder, stay because you got murdered!”). Julie survived, but the attack left her with strange scars, similar to those found on the bodies of women killed in an earlier spate of stabbings. So if you’re keeping score, be sure to cross off “ritualistic bodily mutilation” on your Creepy Plot Device Bingo boards.

All we know about her is that she died at the dam, and that her return from the dead caused her husband to immediately jump off said dam. After being absent for a couple of episodes, Helen shows up at the church ranting about the biblical story of Lazarus and making a kindly priest feel very uncomfortable. Helen isn’t super psyched about being back. To her, immortality is a total drag. “To just go on and on…that would be excruciating,” she moans. Lady, I am totally with you if we don’t start getting some real answers soon. 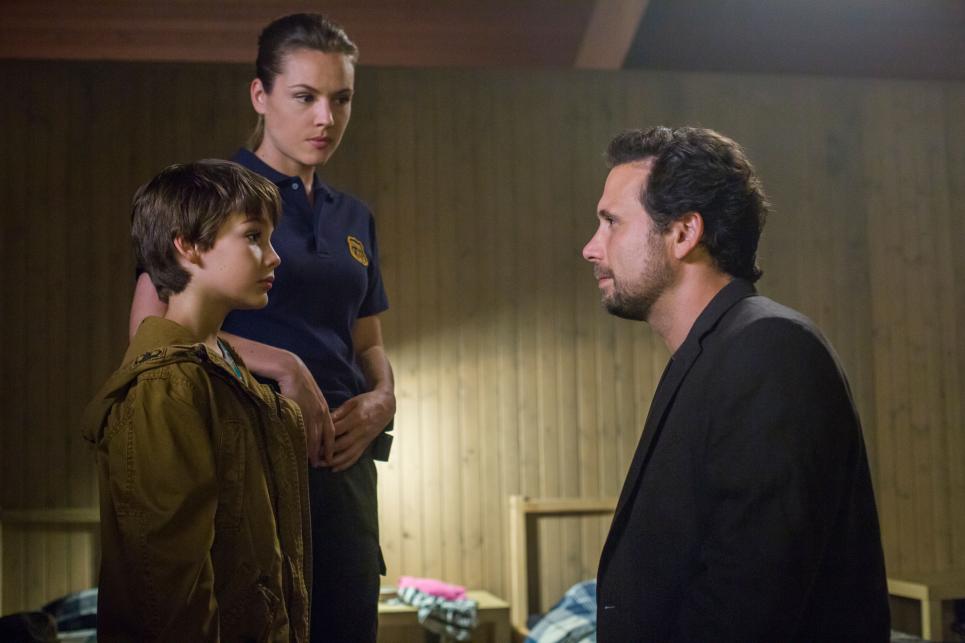