Something strange is happening in the sleepy mountain town of Caldwell, Washington, and it’s not the fact that every single person lives in a house right out of Architectural Digest. Townsfolk long thought deceased have started reappearing. They’re waking up in secluded areas miles outside of town and making the long walk home with no memory of where they’ve been or how they got there. Either this is some sort of supernatural fraternity pledge prank, or people are coming back from the dead.

First among them is Camille Winship, who supposedly died four years earlier in a school bus accident that, at least initially, appears as though the driver simply followed his GPS off a cliff. Camille arrives home, completely unaware that in the intervening four years, her parents Claire and Jack have split, mom’s got a new boyfriend, and Arsenio Hall was given an entirely new late-night show and got cancelled again. Camille is just one of several Caldwell residents back from the grave to disrupt the lives of loved ones who thought they’d grieved and moved on. Bride-to-be Rowan is terrorized by visions of a boyfriend she thought she lost long ago. Another resident wakes up to find his dead wife giving him the stinkeye like he forgot to clean the gutters after she just asked. His immediate response to seeing the old lady is to throw himself off a dam, which seems excessive but…well, come on, married guys, you know what I’m talking about. Oh, and also there is a creepy kid. Because there is always a creepy kid.

You’d think in such a small community, reanimated corpses might set tongues a-wagging, the old fogies down at the general store gossiping about zombies and whatnot. But never mind the Returned, because the Already Here have problems of their own. Claire is now involved with Peter, the town’s resident grief counselor. (Lotta kids on that bus.) Peter’s touchy-huggy therapy sessions don’t sit right with Jack, who holds the unpopular opinion that simply building a memorial to the dead students won’t suddenly make everything okay. Jack processes his grief by sleeping with a bar waitress named Lucy, who’s in the middle of her own troubled divorce. Man, being alive is so much harder than being dead!

Soon enough, The Returned is hitting all the expected signifiers that Something Is Not Quite Right. Lights flicker when the newly resurrected pass underneath, and everyone gets their own “I-could-have-sworn-I-saw-something” moment. Spookiness rolls in like a ponderous Pacific Northwest fog. The entire town is weighed down by it. They walk slowly. They talk slowly. They dial the phone slowly. They stare into space, as if to include us in a terrible secret; namely, that even they know there’s no way all of this gets satisfactorily resolved in ten episodes.

That’s because The Returned’s characters aren’t particularly keen on seeking answers. Claire, grateful to have her daughter back, tiptoes around the obvious questions, for fear that asking them might somehow break the spell. Jack uses Camille’s reappearance as an opportunity to passive-aggressively needle Peter. Nobody even bothers to tell Camille she was in an accident until hours after her return. The most human reaction to all the weirdness comes from Camille’s twin sister Lena, who would have also died in the bus crash had she not ditched school that day. Four years older while her sister hasn’t aged at all, Lena sneaks back home after a night of drinking, encounters Camille, and totally loses her shit. Apparently, “hey, your dead sister’s back” is information Claire and Jack felt could wait until morning.

The premiere episode piles on so many mysteries (oh yeah, there might be a serial killer in town and the creepy kid is also possibly some kind of time-traveling ghost?) that inevitably some threads will be dead ends, but for those planning to stick with the series, here are the big questions we hope get resolved as the season progresses:

Victor is a child whose name may or may not be Victor. Long story. Anyway, Victor appears on the doorstep of an overworked nurse named Julie. Julie is quickly charmed by Victor’s disturbing stare and icy silence, so she takes him in, serves him dinner, tucks him into bed, gives him a spare set of keys and pays for his college education. My prediction is that Victor is also one of the Returned, and that in his former life he was the victim of a violent crime. Not that I would ever suggest a show should glorify violence against children, but if a kid stared at me like that for hours and hours without speaking, I could see how a person might snap.

What’s the deal with the psychic sex?

Jack and Lucy have an unconventional relationship. He pays her legal bills, and she communicates with his dead daughter while they have sex. At least, that’s the line she’s been feeding him. But when Jack drops by for a quickie, Lucy has no idea that Camille is back in town. More disturbing than Lucy’s dishonesty, however, is the fact that Jack is apparently a dynamo in the sack when he’s thinking about his dead kid. Is Lucy a fraud, or does she have a gift? Unfortunately, this question will probably never be answered since Lucy winds up getting murdered while walking through Caldwell’s most famous tourist attraction, the Caldwell Murder Tunnel.

A flashback to the day of the accident reveals that Lena blew off the field trip so she could stay home and fool around with a boy, while Camille had to ride the stupid old bus to her death. Moments before the accident, we see Camille silently staring out the bus window…then her eyes go wide and she gasps, suffering a panic attack at the exact moment Lena is being robbed of her maidenhood. What is the mysterious emotional link these sisters share? Also, a follow up:

When you take a girl’s virginity on the same day her twin dies, and now that girl has to live with the guilt of knowing she should have died alongside her sister, how long until it’s cool to break up with her?

What happened to Caldwell’s wifi?

Camille mentions losing her cell phone, but once she’s home safe and sound she still remains oddly uninterested in the internet. No Facebook status updates. No going online and suddenly realizing she’s been missing for four years. No #tbt jokes. She doesn’t even text a friend. What healthy (albeit formerly dead) American teenage girl acts like that? Clearly, some supernatural force has disrupted the town’s internet access. Or perhaps the experience of being in a fatal crash and returning to life somehow renders a person immune to social media? If that’s the case, then please put me on the first school bus to Caldwell. 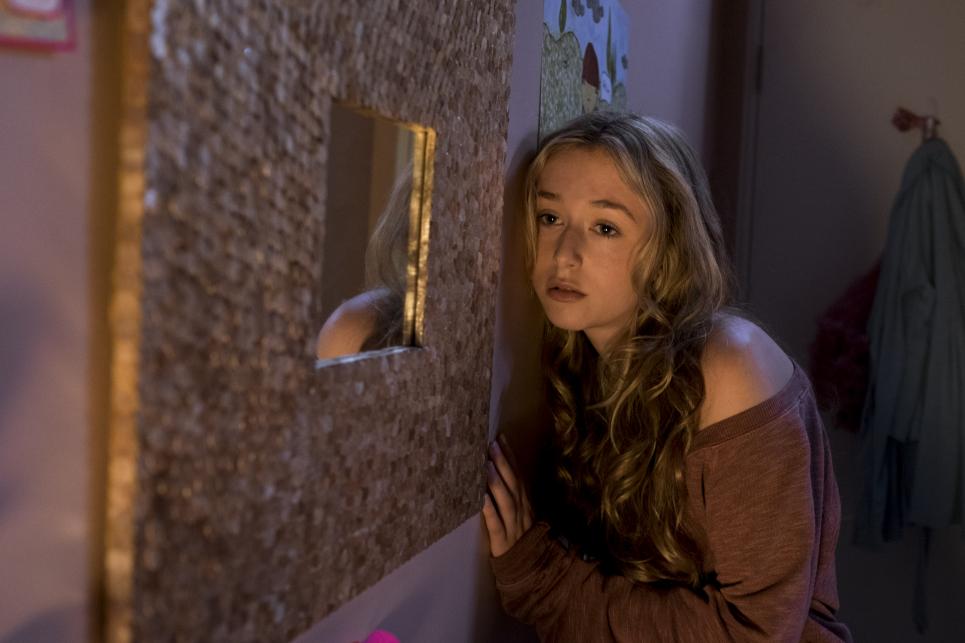