Data is boring, dry, cold, clunky and completely devoid of any real insight when treated like a giant pile of senseless information. But in the right hands, it can totally come to life.

“Rhapsody in Grey” is a song comprised of the real EEG brainwaves of an anonymous little girl who’s having a seizure. The song is part of a series called Data-Driven DJ by Brian Foo, a programmer at New York Public Library Labs and net artist who often uses code to create web-based art installations and music.

“Data might be king—it’s accurate and efficient—but I felt it lacks a kind of potency or humanity,” Mr. Foo told the Observer. “It lacks a narrative, artistic quality, so I wanted to kind of push cold, unfeeling databases into something that might be more feeling or relatable.”

To compose “Rhapsody in Grey,” the second song in the series, Mr. Foo pulled the data from an anonymized collection from MIT of 23 children with epilepsy. Combing through the incidents, he isolated a single seizure and ran an algorithm over the data to convert the EEG brainwaves into music.

“I think of it like documentary filmmaking,” Mr. Foo said. “There’s a lot of primary resource and data and things to choose from. My creative input is more about selection and curation, how to arrange it and put it together.”

Most net art, or data driven artistic projects, have a stark, cool feeling. So many artists who work with digital tools, renderings and hard data end up leaning toward themes like surveillance and paranoia.

But “Rhapsody in Grey” has a manic, bright sound, like a chirping Imogen Heap remix—appropriate, considering that the song samples heavily from Imogen Heap’s “Hide and Seek,” a perennial favorite for contemporary dance students everywhere. Mr. Foo, who’s had his fair share of seizures himself, wanted a listener to be empathetic to someone experiencing a seizure, and used Heap’s famous vocals to create a human and familiar sound.

“It’s an extreme, intimate experience,” Mr. Foo said. “You can almost feel what’s going on in someone’s brain, which is a very extreme version of intimacy.”

The Data-Driven DJ project will eventually pan out into a 12-track album, covering a variety of issues. The first song, an audible expression of income inequality along New York City train lines, was mean to express social issues, and “Rhapsody in Grey” took on medical issues. The next song in the Data-Driven DJ project, called “Air Play,” will take on environmental issues by visualizing air quality data in Beijing. “Air Play” is due out in the next month, and Mr. Foo has been appalled looking into just how saturated the Beijing air is with toxins—a horror he hopes seeps into the piece’s sound.

“I want the data to make the song sick over time,” Mr. Foo said.

Here’s “Rhapsody in Grey” in its entirety—skip to about 1:40 for the start of the seizure: 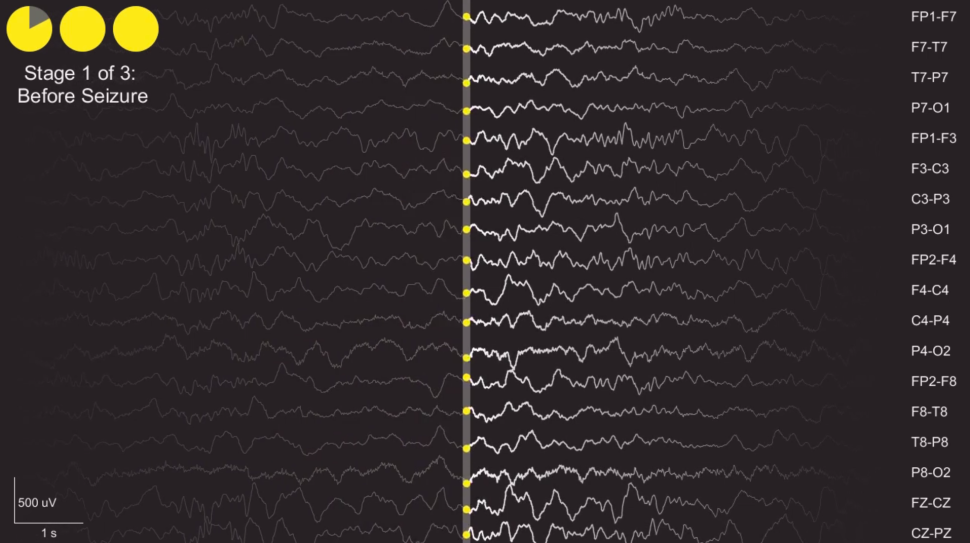