Art fairs are great for discovering new artists and catching a glimpse of trends, but with about a dozen fairs in Manhattan this weekend, we wondered whether it’s possible for there to be too much of a good thing.

Can your brain actually overload on art?

Art-world professionals joke often how taxing, even dizzying, it can be to study the aisles of an art fair for hours, but we decided to take it seriously, talking to neurobiologists, optometrists, professors and even art dealers about how much art can be too much.

“I’m an absolute believer that we can really overestimate our capacity for visual stimulus,” said Michael Findlay, veteran gallerist, co-director of Acquavella Galleries and author of The Value of Art. “And it’s not just visual; because if it’s good art, it’s going to be emotional, as well.”

Science tells us there’s something to that. Oshin Vartanian, a professor at the University of Toronto, Scarborough, studies neuroaesthetics, or how the brain perceives beauty. He said experiments have shown the average viewer spends 27.2 seconds looking at a work of art, and much of that time is spent in a “contemplative, inner-oriented state”—you know, the  place you go to when you start to feel feelings.

One recent study sent subjects into an MRI and showed them works of art for six seconds each. The researchers found some surprises: The parts of the brain most associated with “mind wandering” and reflecting on art’s emotional impact lit up sooner than the scientists thought they would. In other words, the subjects were moved by the images almost immediately.

“You’re able to encode the content probably within a few seconds and you’re already contemplating within a span of six seconds,” according to the Toronto professor. “Nobody had really expected this to happen this quickly.”

So what does all this have to do with an art fair? It turns out that it can be exhausting to do all that art-induced pondering and ruminating. Not to mention the physical toll that spending hours on your feet—or days, if you’re a gallerist working at the fair—can take.

As a collector or a curious visitor, acknowledging that you’ll only see part of a big fair in a single day will help prevent “fair-tigue”—the term art professionals have coined to describe the mental and physical exhaustion that comes from meandering down convention-center aisles, studying (and often schmoozing) for hours. That’s the case with other forms of aesthetic consumption, said Amy Whitaker, author of Museum Legs and president of the Professional Organization for Women in the Arts.

“If you walk into a library you know you are confronting your own mortality and you can never read everything there,” said Ms. Whitaker. Fair visitors should manage their expectations in the same way. “My own brain is like a nightclub with a bouncer. It’s like one in, one out. I have to control my visual intake.”

The viewer who doesn’t take breaks might also feel eyestrain, or asthenopia. The symptoms include an ache in or around the eyes, blurred vision and headache, the result of irritation of the ciliary muscle. (Look off into the distance to relieve the symptoms.) Some works of art even actively play with a viewer’s perception.

Take the Mona Lisa, for example. “Her smile is seen better by your peripheral vision than your central vision, so when you look right at it, it goes away,” Margaret Livingstone, professor of neurobiology at Harvard Medical School and author of Vision and Art: The Biology of Seeing, explained. “As you move your eyes her expression changes, which gives that painting an astonishing, dynamic quality.”

There’s an intimidating scale of some of these events, and the pressure to view everything. “I don’t care if you’re 25 or 75,” said Sanford Smith, who has designed art fairs with his company Sanford L. Smith and Associates for more than 30 years. Mr. Smith organized the first All-American Antiques Show in 1980 and the first Outsider Art Fair in 1992. “It’s real tough to walk some of those big shows at the pier or the convention centers and get to see them all.”

Because of this, a lot of psychology and marketing theory goes into the design of an art fair: The movement of crowds deeper into the exhibition, the provision of rest spaces, etc. The layout of a fair can make or break how many booths visitors are willing to visit and how quickly they perceive themselves as tired of the experience.

It turns out a simple fork in the road, for example, is stressful. “Minimize the pathway choices so people do not have to spend all their time and energy deciding which way to go,” said Stephen Bitgood, a psychology professor at Jacksonville State University whose research applies psychological principles to exhibition design. Within a booth, artists and gallerists should also organize the art on display so that visitors circulate in the same direction, preventing bottlenecks, he said.

The design of an art fair is just as important to a visitor’s experience as the pieces within it, said Mr. Smith, and some fairs—like the annual Art Show at the Park Avenue Armory put on by the Art Dealers’ Association of America (ADAA)—take the potential for art overload into account, limiting booths at about 70, a third or fourth of the size of some other fairs.

“I find the scale of our show to be really advantageous,” said Dorsey Waxter, director of Van Doren Waxter and president of the ADAA. “You can see the show within a couple of hours.”

Ms. Waxter said she focuses on keeping visitors happy by placing chairs in the aisles, maintaining an on-site cafe and arranging the exhibitors so there’s a mix of artistic periods and media from booth to booth. “Always there’s an element of surprise,” she said. “That’s what I hope for.”

Biologically, it’s unlikely your brain will completely overload on art. Humans are built to take in constant information and pivot their awareness from artwork to artwork, said neuroaesthetics researcher Mr. Vartanian. “It’s almost like a built-in mechanism that we have that refocuses our attention to a new stimulus,” he said. “In MRI studies, when examining the activity of a particular region, you have peaks that occur, then the signal drops off. It habituates.” 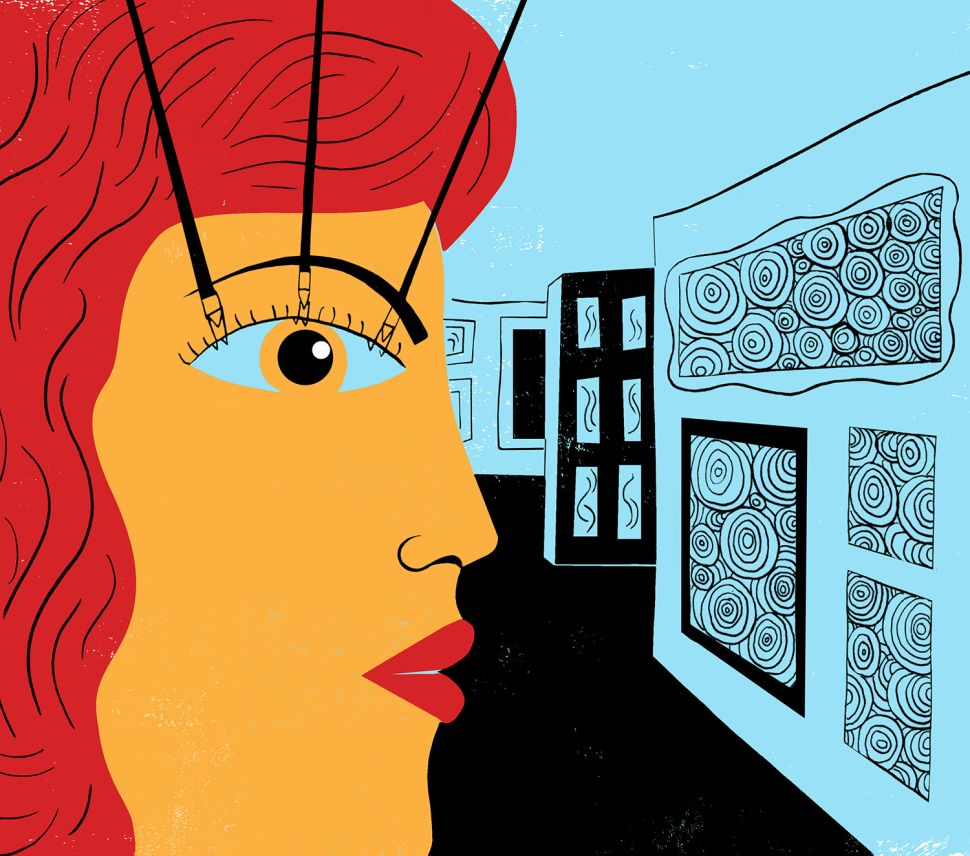