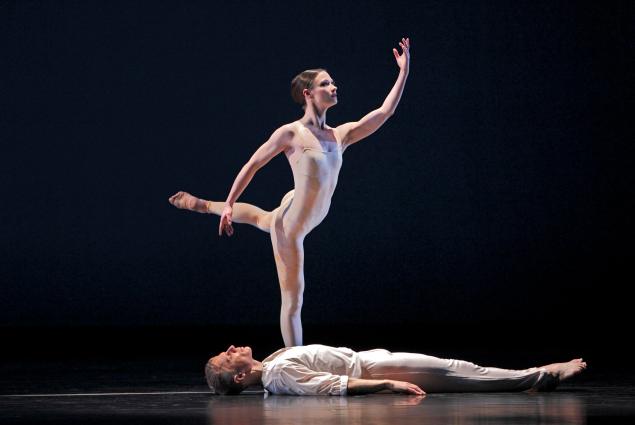 What has Paul Taylor, at 84, done for US this season?

1) Given us—and his dancers—live music (at great expense) for the first time in many years, taking advantage of the wonderfully improved acoustics at the Koch Theater.

2) Opened up his programming to works by choreographers from the past and the present, performed by other companies. (And now he is beginning to commission new works for his own dancers.)

3) Produced his most stimulating dance in half a dozen years.

As he does every year, he’s come up with a light piece and a dark piece. The light one—light in every sense—is called Sea Lark. It’s light, it’s bright, it’s slight. After many years, Taylor is back working with the artist Alex Katz (Diggity, Sunset, Last Look are three other works in this season’s repertory for which Katz provided the brilliant designs). Sea Lark takes us to the beach on a sunny day. Ten dancers are romping to the delicious music of Poulenc (taken from the score of Les Biches). There are wavelets, there’s a little white sailboat, there’s casual, colorful beachwear. The dancers are in and out of the boat, which meanders along; the rest of the time they’re swimming or goofing around on the sand. That’s it, except that it gives George Smallwood, an experienced dancer though relatively new to the company, a comic bit that reveals a sly wit: bulky, head shaven, he could be a villain from Tintin or Popeye, except that everything about Sea Lark is benign.

Nothing is benign about Death and the Damsel, the other new Taylor work. The epigraph he has chosen—“The City is of Night, perchance of Death”—comes from James Thomson’s long poem, The City of Dreadful Night, the most morbid and depressive work of literature I know. There is no relief from the horror and pain of life; death is the only antidote.

The first scene opens on a young girl, in pink, lying on a bed in the middle of a large attic. She’s happy, sprightly, until nine creatures in glitzy black outfits (by Santo Loquasto) turn up to torment her. Are they phantasms? Nightmares? Bats? Vampires? Their assault on her is as vicious as anything Paul Taylor has ever shown us—violence aimed very specifically at a woman: Man after man throws her on her back and spreads her legs wide open to our distressed gaze. This is rape, but impersonal rape, unlike the incestuous rape of Big Bertha. And then she is attacked with passionate rage by the others: most ferociously in ugly combat with Laura Halzack, most disturbingly in a vampiric duet with Michael Trusnovec, his mouth glued to her neck. It’s one horrible shock after another. 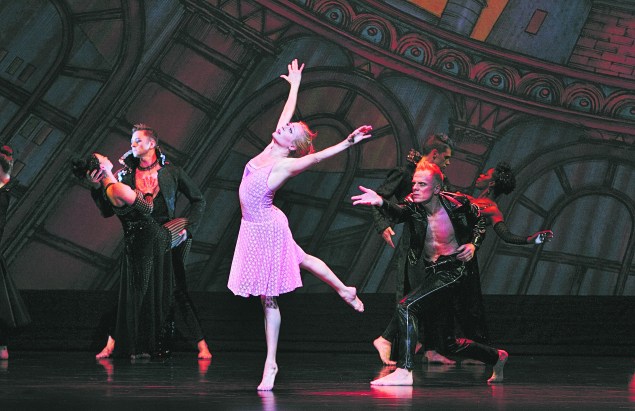 Jamie Rae Walker, center, and Michael Trusnovec, right, in Death and the Damsel. (Paul B. Goode)

But Paul Taylor likes to surprise as well as shock. Suddenly, the girl in pink rouses herself and explodes in fury, easily vanquishing her persecutors and restoring daylight to the City of Night. What exactly has happened? Has anything actually happened? Has it been a dream? A paranoia? A response to Thomson, whose poem ends as morbidly as it begins? Taylor offers no answer, but perhaps a clue to the work’s ambiguities lies in the poem itself: “can any / Discern that dream from real life…?” Death and the Damsel is strong and unsettling, and also a gratifying reminder that a great artist in his mid-80s can still have something to tell us—in this case, that he’s not ready to go.

As he so often does, Taylor has created a central role that reveals one of his dancers in a new and thrilling light. This time it’s Jamie Rae Walker, a strong blond girl who is here defined as both a lyrical charmer and a kick-ass heroine. She can go far to fill the gap left by the lately departed and much mourned Annmaria Mazzini and Amy Young.

No one, however, will ever be able to fill the gap when Michael Trusnovec chooses to retire. He’s now the company’s senior dancer, but you’d never know it from the way he dances—full-out at every moment, a virtuoso yet modest, as well as a nonpareil artist. Every movement, every gesture is expansive without being forced, elegant without being self-conscious. So far this season I’ve been riveted watching him in Company B (as the deliciously lecherous yet nerdy guy pursued by half a dozen dazzled girls in “Oh Johnny, Oh Johnny, Oh!”), as the male anchor of the Taylor classics Arden Court, Syzygy, Esplanade, Cloven Kingdom, and of course in the magnificent role Taylor made for him in Beloved Renegade as the dying Walt Whitman. Is there anything more moving than his final duet with Halzack, his muse, his angel, his salvation?

I almost never apply the word “great” to a performer, but Trusnovec deserves it. He’s the greatest male dancer we’ve had in America since Mikhail Baryshnikov, with whom he shares an immense range and a selfless devotion to his art. Trusnovec never demands your attention, but he always has it.

Beloved Renegade is the greatest beneficiary of the live music now being heard at the Koch. Poulenc’s famous Gloria, with the orchestra under the baton of Taylor’s long-time musical collaborator Donald York, and sung by a superb soprano, Devon Guthrie, and the St. George’s Choral Society, has rarely sounded so beautiful. The audience response was ecstatic, as it’s been throughout the season.

As for the attempt to expand the company—now renamed Paul Taylor’s American Modern Dance—into an umbrella organization for other choreographers and companies, the results are not yet in. It was certainly appropriate to begin with a major work by Doris Humphrey, her Passacaglia and Fugue in C Minor (to organ music by Bach) performed by the José Limón Company. Humphrey—in her time considered as important as her rival, Martha Graham—is essentially unknown to us today. Unlike Graham and Limón, she left behind no company of her own, so that we get to see her work only rarely, usually in reconstructions from Labanotation. Which means we have almost no context from which to judge authenticity. Passacaglia is a large, ambitious work, conceived and performed in a spirit of lofty exaltation. Humphrey noted that the dance was inspired by “the need for love, tolerance and nobility in a world given more and more to the denial of these things.” This was in 1938, as World War II loomed.

Humphrey had a light side, but it isn’t in evidence here. What we can easily appreciate is her notable talent for deploying large groups of dancers, and her high—and unpretentious—seriousness. Passacaglia is an impressive work by a significant and deeply experienced artist who was also a ravishing dancer. Yet without her, and without Limón himself, who danced with her for years, we see something that’s clearly of consequence, but not something truly alive.

Personal plea to P.T.: Please bring back the lustrous Gene Moore costumes for Syzygy. The new ones, by Loquasto, are earthbound; the old iridescent leotards were far more flattering to the dancers and far more suggestive of the astral world you created. 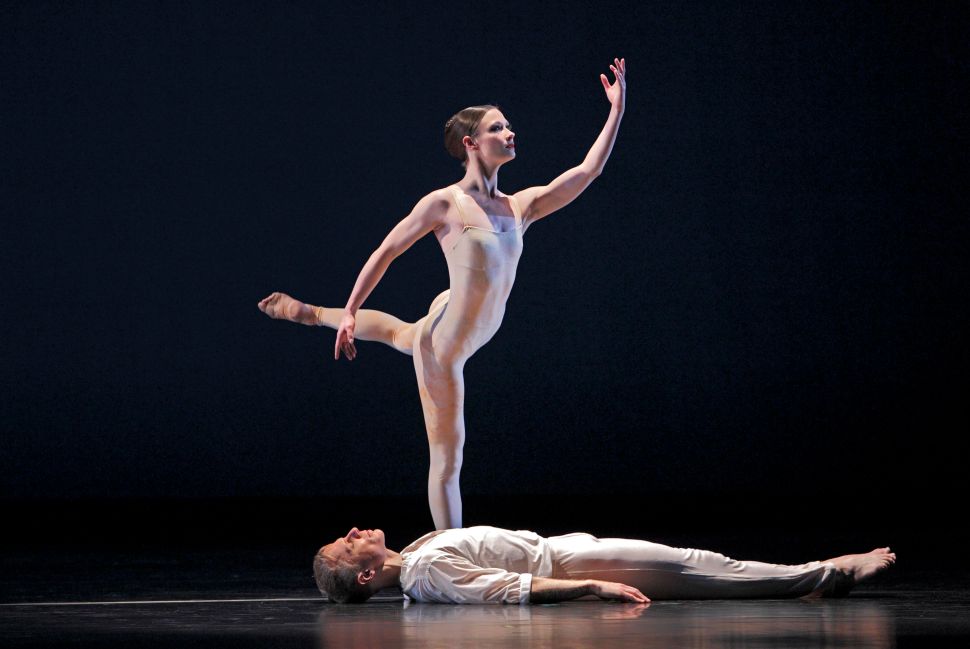