In honor of St. Patrick’s Day and its month long celebrations and festivities, PolitickerNJ.com once again presents a profiled list of statewide leaders and activists as a salute to New Jersey’s Irish Americans.

The list is an acknowledgement of their accomplishments, contributions and broad range of community service. It includes both veterans of previous lists and newcomers alike, all of whom have demonstrated a commitment to their Irish American heritage.

The list was compiled to commemorate the 80th Anniversary of the Newark St. Patrick’s Day Parade. The Newark march is the oldest Irish parade in New Jersey (1936-present), interrupted only by WWII (1943-46). This year’s Irish march in Newark is scheduled for Friday, March 13 at 1:00pm.

For the first time in the parade’s history the delegates have chosen a woman, Rosemarie L. Mellody of County Longford, Ireland and Upper Montclair, New Jersey, as its Grand Marshal. This year’s parade is dedicated to the memory of Raymond M. Durkin.

Tom Barrett, compiler of the list, admires the parade’s sense of tradition and staying power. He is a partner at Barrett & Mottola, a Nutley-based public relations firm. His father was a 3-time chairman of the Newark Parade. The list is purely subjective.

We hope you enjoy it.

Michael D. Byrne. General Chairman of the Newark St. Patrick’s Day Parade, he is the youngest sub-committee chairman in Parade history. Served as Assistant Adjutant, Recording Secretary, Trustee and Second Vice-Chair.  Byrne works for conservative candidates and causes both in NJ and nationwide.

Michael Patrick Carroll. GOP member of the State Assembly (R-25), a member of the Friendly Sons of St. Patrick and the son of Maurice (Mickey) Carroll, former NY Herald Tribune reporter who is presently director of the Quinnipiac poll.

Mary Ellen Clyne, Ph.D. President and CEO/ Clara Maass Medical Center. Only person who holds a BSN, MSN and a Ph.D in Nursing from Seton Hall University. Inducted into the SHU College of Nursing Hall of Honor. 2013 Essex County Irishwoman of the Year. 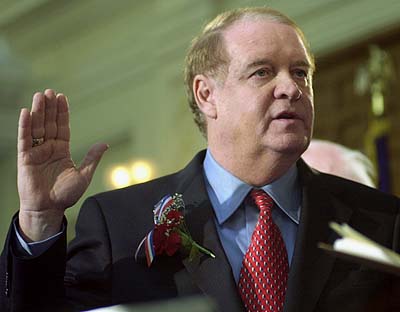 Richard J. Codey. Served with distinction and bi-partisan praise as New Jersey’s Governor and as President of the NJ Senate. Strong advocate for mental health reforms and one of the most influential legislative leaders in New Jersey history.

Michael Critchley. Well known Defense Attorney whose family is involved with numerous Irish American and charitable organizations. This year’s keynote speaker for the Friendly Sons of St. Patrick of the Oranges’ annual black-tie event. Known for his brilliance in court and for his discretion.

Mike Donohue. Chairman of the Cape May County Republican Party.

Fr. Pat Donohue. Newark’s “Chaplain to the Irish.” for 25 years. Former Pastor of Sacred Heart Church in the Vailsburg section of Newark.  Founded the CYO Summer Program in 1971 with 21 sites in Newark and the surrounding area. This year’s Deputy Grand Marshal for the Newark Parade. 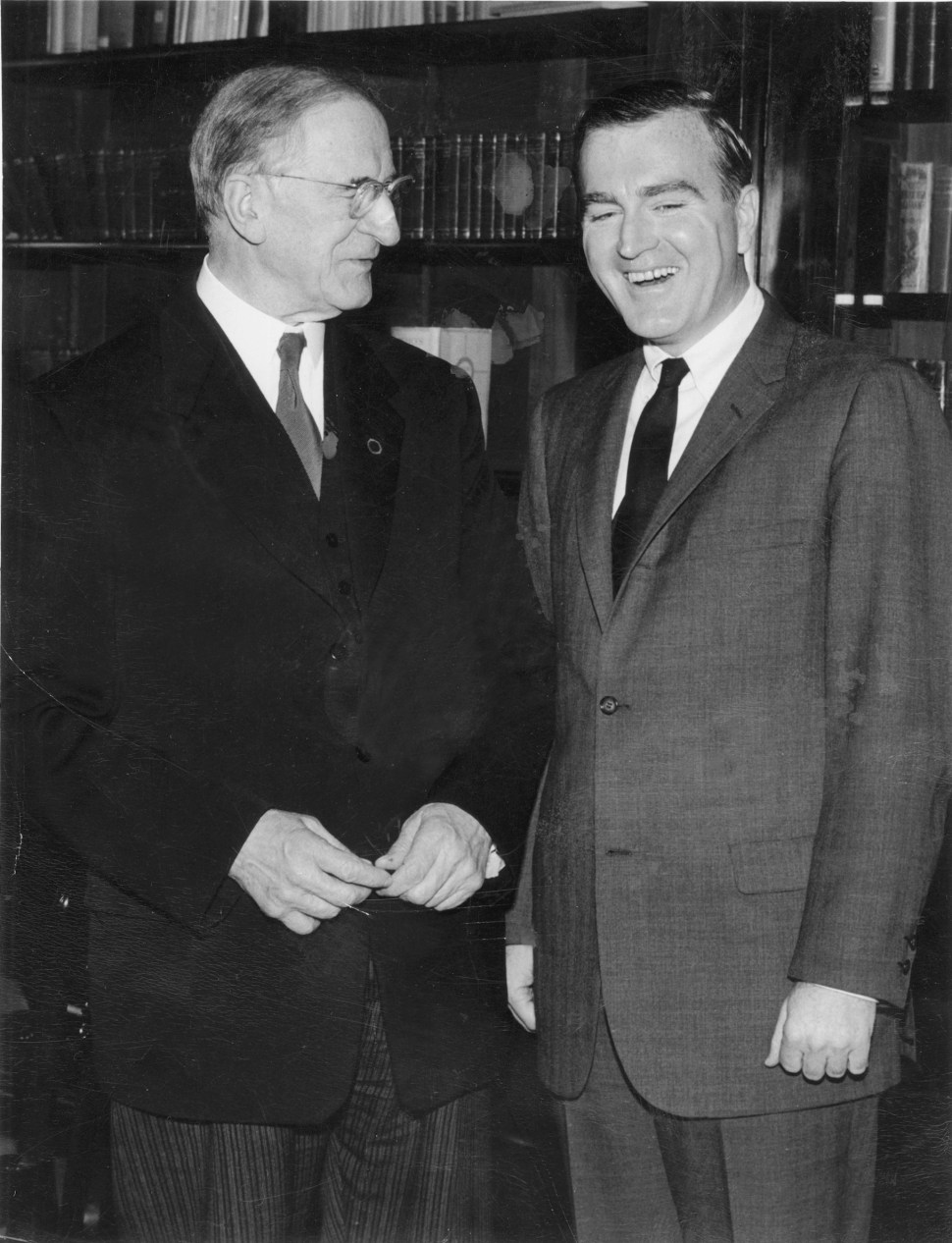 Eamon de Valera. (1882 –1975). One of the dominant political figures in 20th century Ireland. His political career spanned over half a century (1917 to 1973). Served multiple terms as head of government and head of state. Shown (circa 1959) with former US Congressman Neil Gallagher whose term in office (1959-1973) coincided with deValera’s term as President of Ireland. 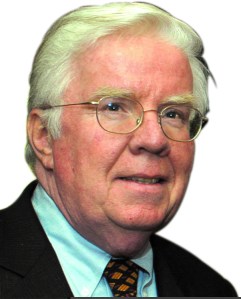 County and NJ State Democratic Chairman. He and his dad are the only father and son to serve as both Chairman and Grand Marshal of the Newark Irish Parade. Currently State Assemblyman.

John F. X. Graham. Founder of Verona based Fairview Insurance. Prolific Democratic fundraiser and successful insurance executive who infamously heads up “The Group”, the much sought after state-wide fund raising organization. Friend of U. S. Presidents and Secretaries of State and those who want to be.

Don Hannon. Owner and operator of family Carpet and Home Furnishing business based in Union, NJ since 1933. Former Newark Parade Grand Marshal and former Chairman of the NJ Irish Festival.

Jerramiah Healy. Former Jersey City Mayor. His first official act was to enclose his porch after he was photographed on it. Former Chairman of the Hudson County Democratic organization and renowned singer of Irish ballads.

Elmer J. Herrmann, Jr. Long time supporter/Friendly Sons of St. Patrick of the Oranges, The St. Patrick’s Guard of Honor and Friends of Brian Boru. His mother, Theresa Gillen, was the niece of former Newark Mayor Charles P. Gillen who was born in Roscommon, Ireland and the Newark Parade’s first Grand Marshal (1936).

Pat Hobbs. Well respected and popular former Dean of Seton Hall Law School, a current member of the State Commission of Investigation (SCI) and a member of the Newark Alliance.

Matthew Holleran. Young Irish American leader, related to the Durkin’s of Essex County by marriage and an executive with a Middlesex County security firm.

John Hughes. Also, son of the late Governor Richard Hughes. Retired from the Federal bench and is currently engaged in mediation work.

Fr. Mike E. Kelly. Popular Headmaster of Seton Hall Prep, the oldest Catholic prep school in NJ. His Holiness Pope John Paul II named Fr. Kelly as a Prelate of Honor, with the title of Reverend Monsignor. In 1990 then Archbishop McCarrick appointed Fr. Kelly liaison to the Irish Community in the Archdiocese of Newark.

Raymond McCarthy. Former mayor of Bloomfield Township where he also served as Chairman of the Bloomfield Business Advisory Board and as a Trustee of the Township’s Board of Education.

Jennifer Nagle McGovern. Founder/Director of the award winning DeNogla School of Irish Dance which Jen started with her sister Alison in 1993. Five locations in Tri-State area. World-wide competitors including 2015 World Championships in Montreal. 2010 Deputy Grand Marshal of the Newark Parade.

Owen McNany, President of the Friendly Sons of St. Patrick of the Oranges, Inc.

Jim McQueeney. Former White House Bureau Chief and Star-Ledger reporter. Served as Chief of Staff for U. S. Senator Frank Lautenberg. With roots in County Leitrim, he is now a successful public relations executive, political analyst and the host of New Jersey Now, on My9 (WWOR-TV).

Michael Murphy. Former Morris County prosecutor and gubernatorial candidate in the 1997 Democratic primary. Finished a strong third behind Jim McGreevey and Congressman Rob Andrews. Now a successful lobbyist and a member of the Waterfront Commission.

Bill O’Dea. Author of The Legacy of Haguesville. In 1985 was the youngest member ever elected to the Jersey City Council at age 26. Five term member of the Hudson County Freeholder Board. Known as an “outspoken maverick that likes to ruffle feathers.”

Essex-based Friends of Brian Boru. Master of Ceremonies for the Newark Parade.

Joseph “Joe” Roberts, Jr. Former Camden County Freeholder Director who went on to serve with distinction as Majority Leader and Speaker of the General Assembly. Considered one of the all time popular leaders in NJ legislature.

William “Bill” Scully. Legend in Irish circles for his quick wit, fine voice, his classic moustache, his short game in golf which includes putting from sand traps and as the long time proprietor and host of McGovern’s Tavern in Newark.

Ann Twomey. Distinguished President of the Hospitable and Professional and Allied Employees (HPAE), a state nurse’s union. Named Labor Leader of The Year by Rutgers University. VP/NJ State AFL-CIO. Recipient of the 1996 NJ Governor’s Award for Labor Excellence. Columnist for this website. 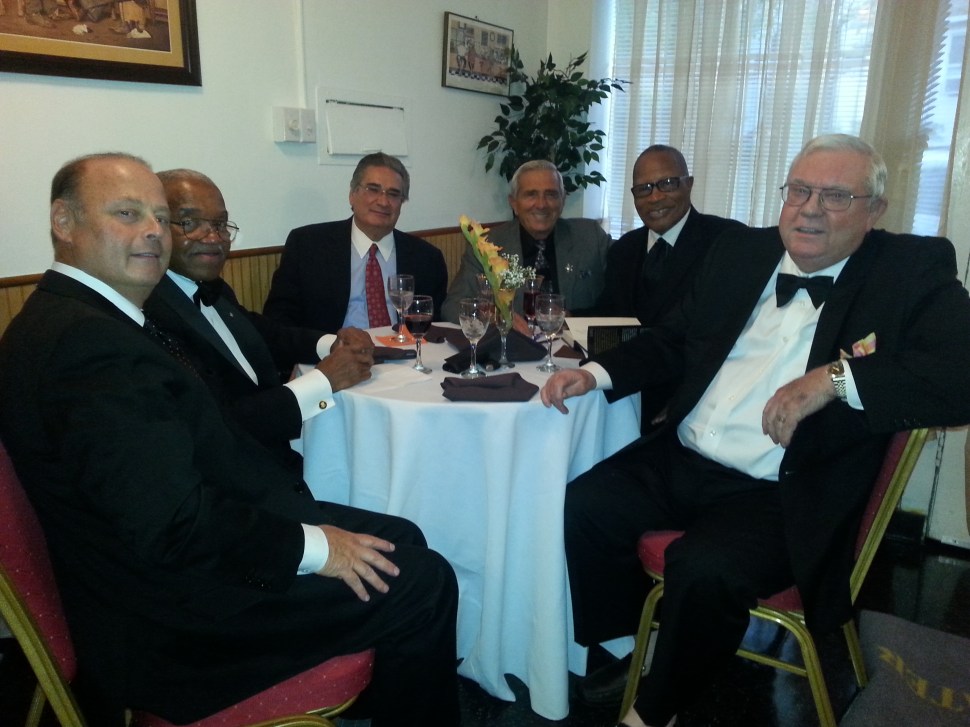 Raymond M. Durkin (1936-2014). Former Essex County and State Democratic Chairman (above, right) who led the Essex County Democratic organization to prominence in the embattled 1980’s. Mentor and advisor to numerous party and government officials, played a major role in electing Donald Payne as NJ’s first African American congressman. This year’s Newark parade is dedicated to him. 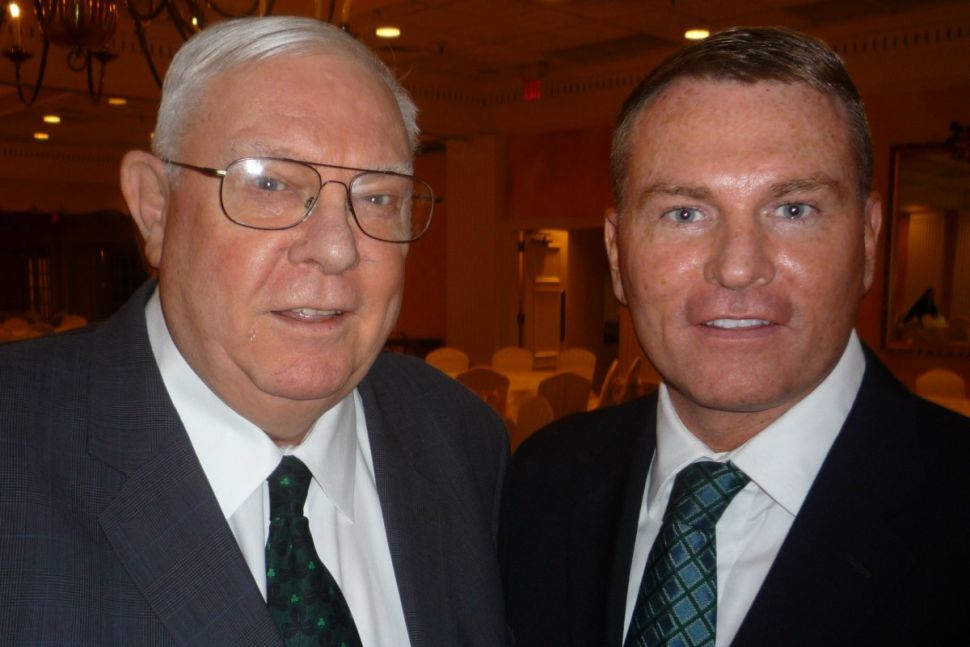