Two people are unaccounted for after yesterday’s East Village building explosion, which spurred a fire that continues to burn this morning, according to city officials.

Yesterday afternoon, Mayor Bill de Blasio said preliminary investigations did not turn up any persons missing in the explosion. But this morning, the NYPD Detectives Bureau listed two people unaccounted for, though the department is not yet classifying them as missing persons.

Several news outlets have identified one of the missing people as Nicholas Figueroa, a Harlem resident who the New York Post reports was on a second date at the sushi restaurant where the explosion happened.

The injury count, meanwhile, has climbed to 25 people, 20 of them civilians, and five uniformed officers—four firefighters, one emergency medical services worker. Four people have been critically injured.

Fifty firefighters remain on the scene this morning. After the fire is out, the Department of Buildings will survey the structures of all buildings on East 7th and East 8th Streets, near the blast. There are 144 residential units already under a vacate order, which will be lifted today for adjacent buildings found sturdy after inspections, according to the DOB.

The city’s Emergency Management Office and the Red Cross last night opened a reception center at the nearby P.S. 63, at which 84 people have checked; 30 requested and were given overnight accommodations. The reception was relocated this morning to Tompkins Square Branch Library, at 331 East 10th Street, this morning.

The city continues to urge people to call 311 if they believe someone is missing, and the city’s Unified Victim Identification System has been activated. 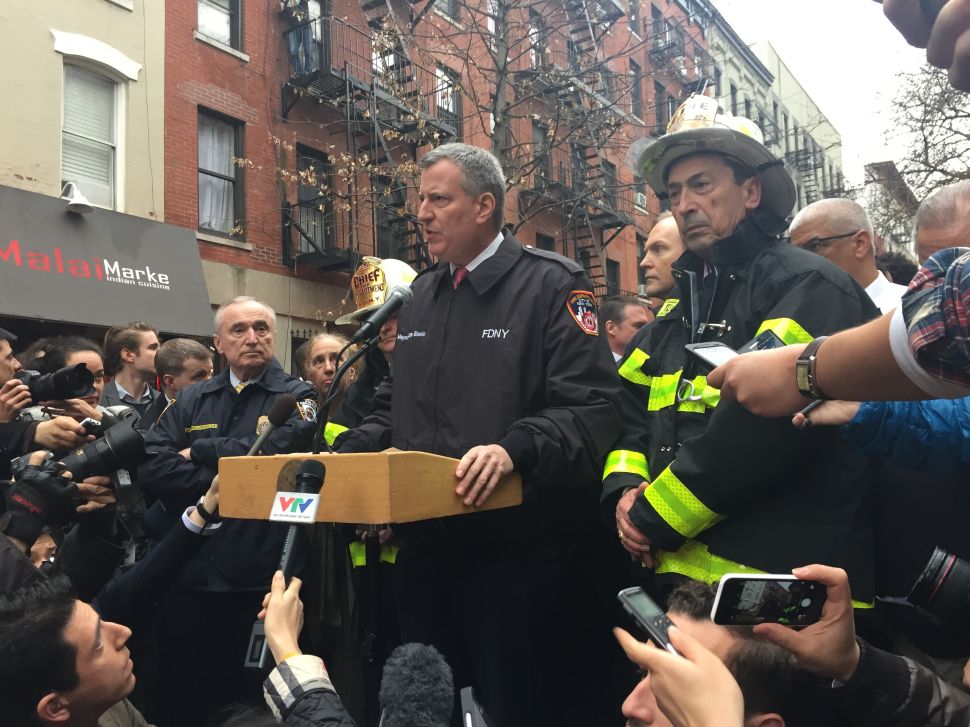