Ms. Duritskaya, a 23-year-old Ukrainian citizen, was being interrogated by the police all night tonight. According to a source in the Russian police, the young woman had “a very close personal romantic relationship” with the murdered politician, says TV program Vesti. That relationship is already four years old—since she was 19 years-old, in other words.

Thanks to Ms. Duritskaya, the police have been able to establish the chronology of the events of this tragic night. According to her account, she was waiting for Mr. Nemtsov since 10 p.m. at the Bosco-café of the GUM shopping mall at the Red Square right across the Kremlin.

The couple had dinner at around 11 p.m. Moscow time and then left the mall and went for a walk toward Vasilievsky embankment right by the Kremlin walls. Their intended destination was the posh building half a mile away from the Kremlin where the murdered politician had an apartment.

As they were crossing the Big New-Moskva Bridge, an unidentified man ran out of the underpass of the bridge and shot Mr. Nemtsov multiple times. Then he jumped into the passing white car without a license plate.

Mr. Nemtsov died on the scene.

According to the Speaker for Prosecutor General Office, the “Ukrainian trace” of the brazen murder is one possible motive of the crime because of Ms. Duritskaya’s origin and recent arrival from Kiev.

Other motives include a hit by his political enemies, including Russian nationalists and Islamic terrorists; business deals of the victim; and even the variant of Mr. Nemtsov’s murder being the “sacred sacrifice” by the Russia enemies that want to destabilize the political situation in the country.

Boris Nemtsov is survived by his four children from three of his different “wives.”

Mr. Nemtsov had a very unusual—some would say scandalous—relationship with a row of women. Although never divorced from his wife Raisa, during the last 20 years of his life he lived openly with a number of different female civil partners. He has one daughter with his wife Raisa, a son and a daughter with the socialite and TV host Ekaterina Odintsova and a daughter with his former secretary Irina Koroleva, who used to work for the Administration of the Russian President.

According to Mr. Nemtsov’s friend, while celebrating his 50th anniversary, Mr. Nemtsov had all his “wives” and children at the same table. He also never hid the fact that for a number of years he had a “relationship” with one Anastasia Ogneva, Dni.ru reports.

The spotlight on the complicated personal life of the opposition leader burned brightly after the organized leak of his private telephone conversation about opposition journalist and socialite Bozhena Rynska exactly two years ago. During this conversation, Mr. Nemtsov had this to say about his colleague from the opposition: “Fuck her! She is The Bitch! Just because I did not fuck her she was washing my dirty laundry and putting me down in her paper for a year. And she was writing not on the theme of me fucking her. Let’s organize the Club of Those Who Never Fucked Bozhena Rynsky!”

Back then, the opposition believes, the leak was organized by the FSB security service and was directed at Mr. Nemtsov to discredit the politician.

The 23-year-old Ms. Duritskaya, who just arrived from Kiev, is not a suspect, but possibly was used by the criminals without her knowledge. She calls herself a model and an actress, although is not known for having any parts in movies or on the scene. She studied bookkeeping at Kiev University and worked for obscure model agencies that she left after having found the friendship of Mr. Nemtsov.

Mr. Nemtsov did not feel safe in Russia and two years ago seriously considered the possibility of applying for political asylum in Lithuania, according to the ex-Prime Minister of that country. 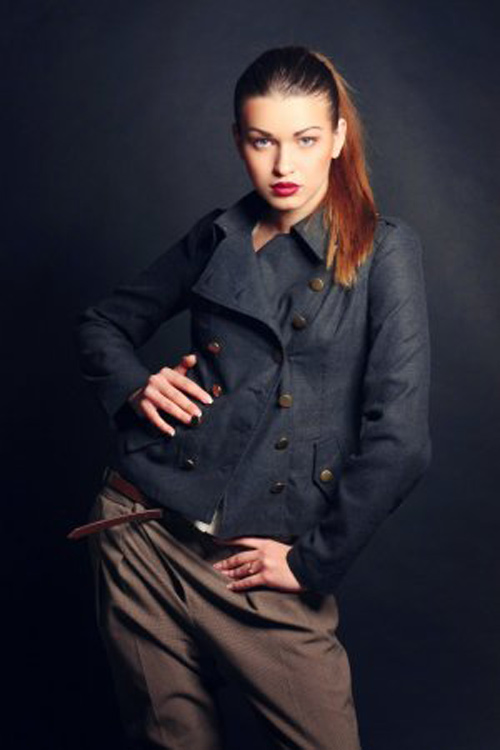