It’s a cliched underworld maxim: Never get high on your own supply. In the case of the Silk Road sting, the two people who could have used that advice most were the feds tasked with bringing the black market down in the first place.

Two federal agents, Special Agent Carl Force of the DEA and Sean Bridges of the Secret Service, were tasked with setting up communications with Dread Pirate Roberts, the kingpin of the online black market Silk Road. But according to a criminal complaint filed against the two by the Department of Justice, they began using the knowledge gleaned from their experiences on Silk Road to become self-made kingpins in their own right.

The first agent, Mr. Force, allegedly used his acquired knowledge of Silk Road to set up a number of personas and identities to build a personal criminal network for his financial gain. The complaint says that he would steal money from both governments and the targets of the investigation, use Bitcoin to move the funds, and never report any of his thefts to the government.

Mr. Force allegedly went as far as to sell information about the investigation he was taking part in to Silk Road in exchange for money. From the DOJ’s release:

Force used fake online personas, and engaged in complex Bitcoin transactions to steal from the government and the targets of the investigation.  Specifically, Force allegedly solicited and received digital currency as part of the investigation, but failed to report his receipt of the funds, and instead transferred the currency to his personal account.

Mr. Bridges, on the other hand, was supposedly diverting as much as $800,000 in seized assets through the Bitcoin exchange Mt. Gox. He then used insider knowledge to get the money out only a few days before the feds executed a $2.1 million seizure of Mt. Gox’s funds.

Ross Ulbricht was already found guilty of being the Dread Pirate Roberts himself—at least the feds eventually got their guy—but the officers have only just been taken into custody. Mr. Force, who was arrested on Friday, was charged with “wire fraud, theft of government property, money laundering and conflict of interest,” while Mr. Bridges self-surrendered on wire fraud and money laundering.

All this, on the same day that Silk Road money-man Charlie Shrem begins his mild sentence for harboring the transactions. Hopefully the undercover agents’ lawyers are nearly as good as Mr. Shrem’s. 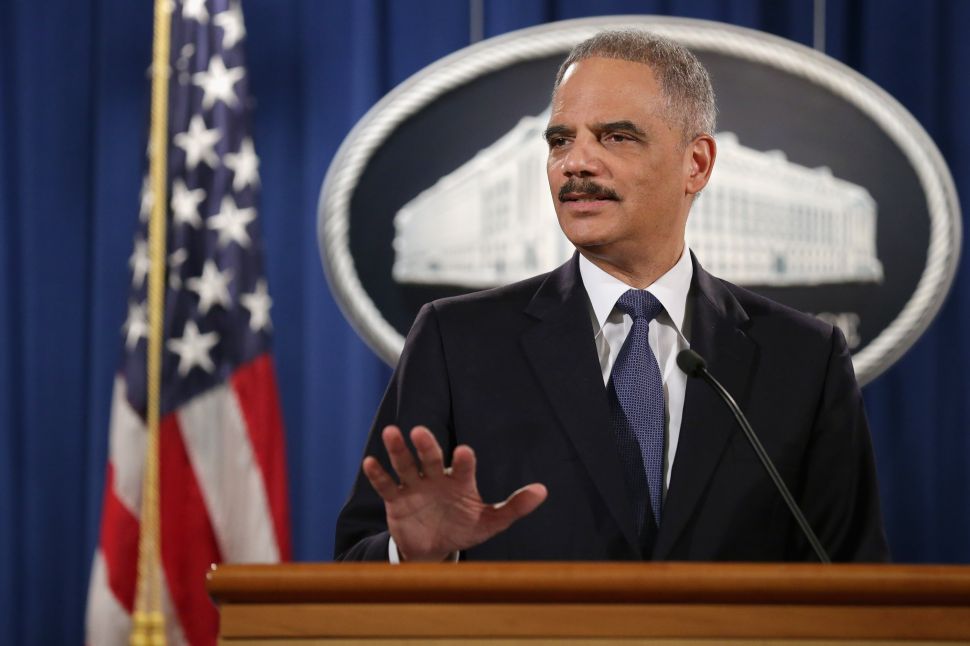